These iced tea popsicles are slightly sweet, infused with lemon, and unthinkably easy to make. In fact, we’ve taken to making them year-round.

These iced tea popsicles are cold-brewed iced tea as you’ve never quite experienced it before. We’ve actually taken to making them year-round.–Renee Schettler Rossi

How To Choose The Right Popsicle Molds

Lots and lots of various different molds for popsicles have been turning up lately. Lots. The flat kind. The cylindrical kind. The rocket-shaped kind. The skinny light sabers kind. And if you’re as overwhelmed as us by deciding which one, we have some advice. It doesn’t matter what shape you use. These iced tea popsicles are going to taste phenomenal any which way. We gotta admit, we’ve even just poured the liquid into a paper cup, inserted a stick after an hour or so, and called it a day. Is that so wrong? Will our children need therapy?! 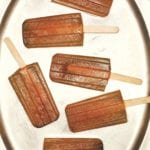 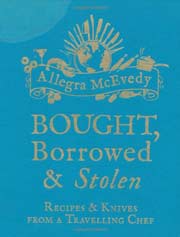 Reader Sherry Watkins suggested an Arnold Palmer variation of these iced tea popsicles would be divine. We’re not going to argue. You may want to add slightly less sugar, depending on your sweet tooth. [Editor’s Note: An Arnold Palmer, for those not familiar with the summer sipper named for the late and great American golf icon, is a concoction that’s half iced tea and half lemonade.)

Simple and delicious, just in time for warm weather! I’d made iced tea popsicles before but they always came out too bitter. Now I know why—I used boiling water to steep the tea! The cold-water trick worked perfectly. I did have trouble getting the sugar to dissolve in the cold water though, and ended up bringing that up to a boil to make sure there were no sugar granules anymore, after the tea had been strained out. I used some old plastic popsicle molds from my childhood that had Disney characters on the stick bottoms; those were probably not the best choice, as the stick part was actually very short. They only extended about 1/3 of the length of the lollie, with the result that my lollies weren’t very stable. I ended up eating mine in a bowl. Still good, but not as fun! I left them in the freezer overnight to harden and they were fine the next morning.