Everyone needs a homemade cocktail sauce that’s plenty spicy thanks to a wallop of horseradish and chili sauce. Just as God intended.

Adapted from Barton Seaver | Two If By Sea | Sterling Epicure, 2016

Many a homemade cocktail sauce recipe relies on lemon alone for tanginess. Not this homemade rendition, which instead draws its balanced acidity from vinegar-based hot sauce. Although since a squeeze of citrus rarely is a bad thing, we’ve chosen to include it as well. We’ve heard no complaints.–Renee Schettler Rossi

How To Use Cocktail Sauce

Wondering how to use cocktail sauce beyond steamed shrimp perched precariously on the rim of a cocktail glass? You can use it with just about anything. Seafood of all sorts, natch. But not just that. Everything on the list of items below are improved by a dribble of cocktail sauce.

Served alongside steamed crab legs
Dribbled atop fried or broiled fish
Dolloped on raw oysters
Blended with mayo for a Thousand Island-like salad dressing
Brandished as a condiment for a clambake
Incorporated into deviled eggs
Served alongside grilled sausage links
Mixed into or slathered atop meatloaf
Dunked into with deep-fried anything—fries, onion rings, even egg rolls
Stirred into cream cheese and served with crackers
Plopped alongside a grilled cheese for dipping
Offered as a dip for crudités
Added to a bloody Mary 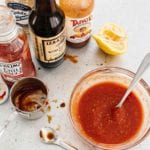 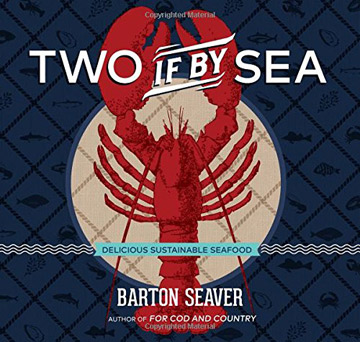 Cocktail sauce is a condiment that I don’t use often enough to justify purchasing a bottle and having the unused portion languish in my already overcrowded refrigerator. But I do usually have the components on hand, so I can whip up just the amount I need at a moment’s notice. This cocktail sauce recipe gives you the basic formula. Mix it up, let it sit for a bit, and then taste and adjust. As written, the recipe will get pretty close to what you want, but if you want more horseradish, just add some more. More heat? More hot sauce. For my taste, I wanted a bit more horseradish, and just a tiny squeeze of lemon. (See that partially squeezed lemon half in the picture? That’s your cue if you find the balance a bit too sweet and want to add some acid.) But start with this basic formula, because it gives a good baseline, and you’ll be within putting range of your ideal cocktail sauce.

Fabulous, fabulous homemade cocktail sauce recipe. What a difference it makes to use chili sauce instead of ketchup! My go-to cocktail sauce uses half ketchup and half chili sauce, and I thought that that was good. This is far better than that. The flavor and kick of this sauce had us eating what was left on pita chips just to be able to continue to eat it. I made a shrimp “cocktail” using shrimp that I roasted in the oven. I suggest making the cocktail sauce early in the day, or perhaps the day before, because it definitely improves with age.

This is an excellent cocktail sauce recipe for those who prefer a touch more pronounced spark to the condiment beyond the usual cocktail sauce. Not for relatives or friends who wrinkle their noses at spicy options. A drop on a fresh oyster; a swipe on a sweet potato fry; a dip on the corner of a grilled cheese sandwich or a lobster roll. Yum.