Hakka eggplant is a gorgeously flavored Taiwanese stir-fry with fresh basil and a sweet-salty hoisin sauce. 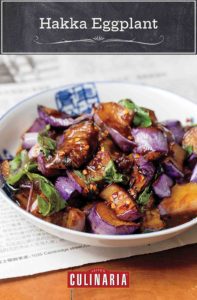 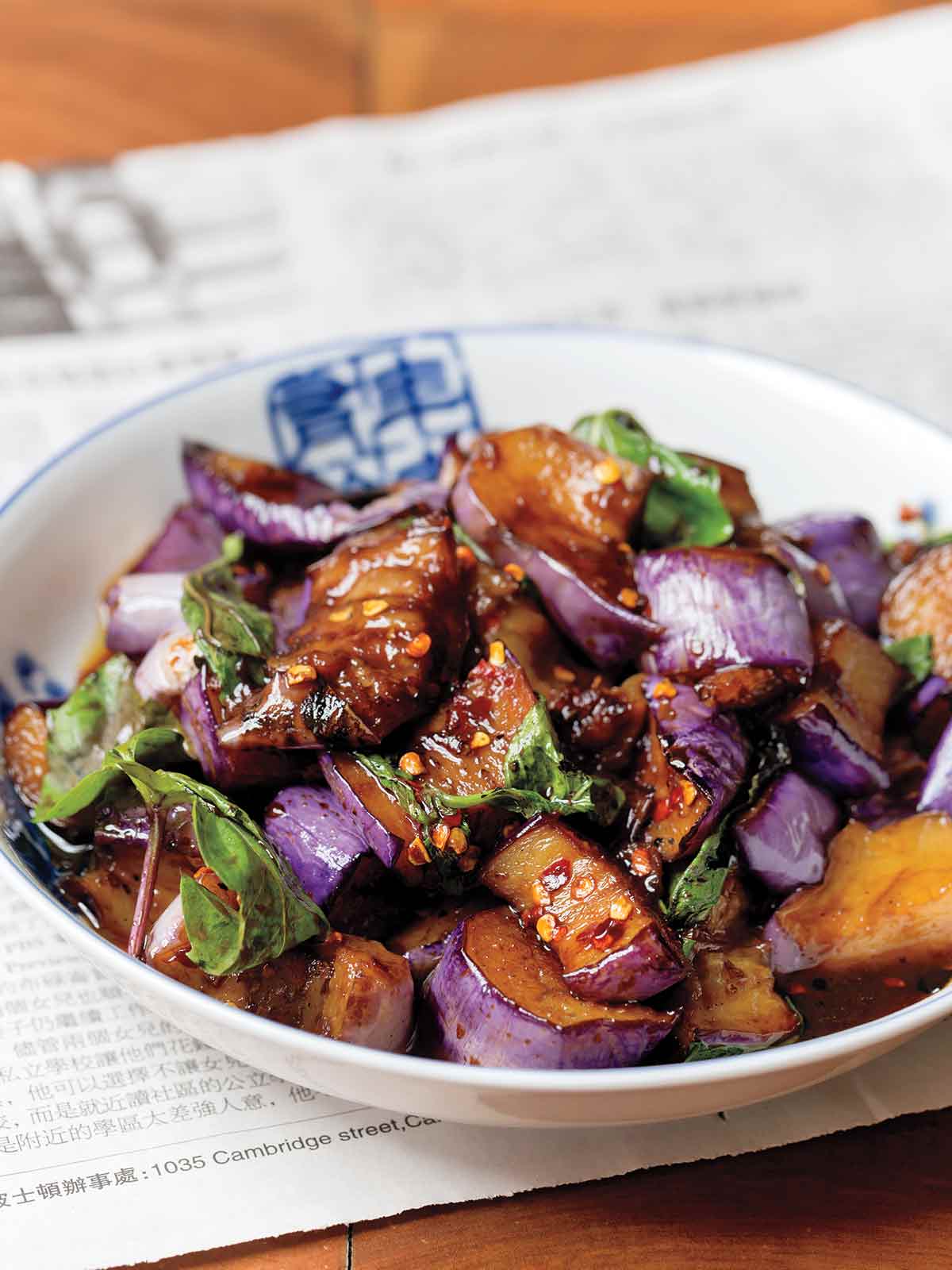 Papa Chang eats everything. I mean everything. It’s a running joke at the end of any meal that if there is additional food at the table, we put it in front of him and little by little he somehow manages to demolish it. Before we opened Myers+Chang, Christopher and I often had dinner at a local Taiwanese restaurant called Taiwan Cafe around the corner from our house. We took my parents there, and my dad went nuts over this traditional dish. He typically leaves ordering up to us because he’s happy with pretty much anything, but at Taiwan Cafe he always makes sure we order this. So I knew we had to create a version for our restaurant. The important ingredients are the thick dark soy sauce which adds a licorice-y taste and tons of Thai basil, which lends a different dose of the anise kick that is already present in the dish. The technique of cooking it first with a decent amount of oil before tossing it in the wok and cooking it again is pretty indulgent and what makes it special.–Joanne Chang

*What is Japanese eggplant?

Japanese eggplant is smaller and mores slender than globe or Italian eggplants generally seen in North America. If you can get your hands on some, especially for recipes like this, the difference is worth it. Long and skinny, the interior is cream colored, spongy, and nearly seedless. They’re generally less bitter and have a more “eggplanty” flavor. 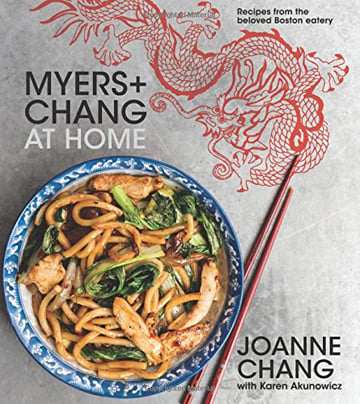 In a small bowl, whisk together the cornstarch and cold water until smooth to make a slurry. Whisk the slurry into the saucepan.

Simmer, while whisking, until the sauce is shiny and coats the back of a spoon, 1 to 2 minutes. Remove from the heat. The hakka sauce can be made up to 1 week in advance and stored in an airtight container in the refrigerator.

With a sharp knife, remove the stem from each eggplant and split the eggplant top to tail into two long pieces. Place the flat sides down on a cutting board and cut each piece into 1-inch (25-mm) chunks. Do the same to the rest of the eggplant. Place all the eggplant in a large bowl.

In a small bowl, whisk together the olive oil, salt, black pepper, and water. Pour the mixture over the eggplant and toss well with your hands.

Move the eggplant to a large baking dish or a rimmed baking sheet (pouring any remaining liquid over the eggplant) and bake until the eggplant is soft and can be pricked easily with a fork, 20 to 30 minutes.

Place a wok or large, heavy, flat bottomed skillet over high heat. Add the eggplant (no need to add oil) directly to the wok and stir for 1 minute. Add the red pepper flakes and enough Hakka sauce to coat the eggplant. You may not need all of the sauce.

Toss and cook until the eggplant is well coated with sauce, 3 to 4 minutes. Add the basil and give the whole thing a good toss.

Place in a large bowl and serve family-style.

Eggplant is one of those vegetables that, properly cooked, is divine, but done wrong is darn near inedible. Asian preparations are some of my favorites, and this hakka eggplant is no exception. The pre-cook in the oven is a great way to get the raw edge off the eggplant, so it just needs a quick finish in the wok. It's also clever advance prep, if you're making several dishes.

The basil is a really nice touch which makes this eggplant stir-fry stand out from the crowd. As an added bonus, you get the Hakka sauce, which has applications beyond this dish and could be used to flavor any stir-fry.

I loved this hakka eggplant and I will make it again. It has such a lovely balance of sweetness from the hoisin, heat from the red pepper, and tang from the vinegar and Shaoxing wine. I once ate a version of this recipe at a Taiwanese restaurant and this was remarkably like this.

I couldn't find thick soy sauce after going to multiple stores, including an Asian grocery. I liked this recipe enough that I'll probably order some online, or visit another Asian grocery, to see what else it would bring to this recipe.

When I make this again, I'd also add perhaps a touch more vinegar for a bit more balance. Additionally, my finished eggplant looked nothing like the photo. The eggplant skin didn't stay purple in the oven and the sauce was so thick that it coated the eggplant, making it all look brown and coated in the thick sauce with flecks of the green basil.

At the end of the day, though, this tasted delicious and I will make it again, with or without the thick soy sauce.