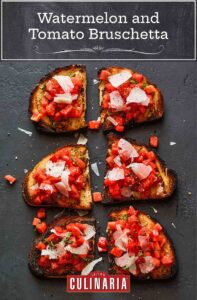 Watermelon and tomato bruschetta is a delightfully refreshing twist on the traditional bruschetta you’ve been making up until now. Garlic, basil, and pecorino cheese work perfectly with the crisp and unexpected sweetness of the melon.

Adapted from James Briscione and Brooke Parkhurst | Flavor for All | Houghton Mifflin Harcourt, 2020

I’m always looking for that big flavor match. What stands out about the South to me is the diversity of quality ingredients that match together in incredible new ways, like diced up watermelon for bruschetta. The beauty of this dish is the visual trick it plays: when mixed together, the cubes of watermelon and tomato are nearly indiscernible, while they alternate savory and sweet bursts on the palate.–James Briscione and Brooke Parkhurst

How do I pick a perfectly ripe watermelon?

If you’re going to lug that big old watermelon home, you’re going to want to make sure it’s perfect. A ripe watermelon has good coloring—dark green with light, creamy stripes, and a creamy yellow-white ripening spot. It should also be heavy for its size. For a little more in-depth watermelon picking info, check out David’s post on How to Tell if a Watermelon is Perfectly Ripe, and get ready to pick the best watermelons ever.

What other easy summer appetizers could I serve with this?

Try these popcorn cauliflower bites, or these crispy cheese sticks. Or offer a selection of raw veggies with onion dip, queso, or your favorite hummus. A big plate of these Mediterranean nachos would also disappear quickly. 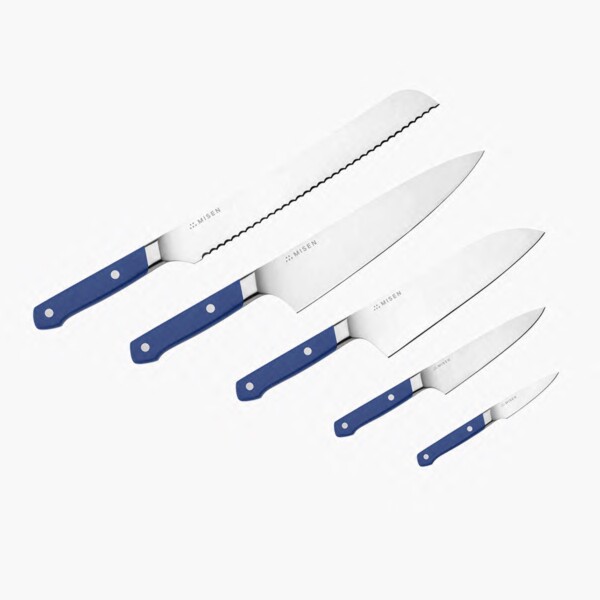 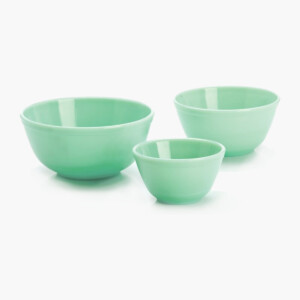 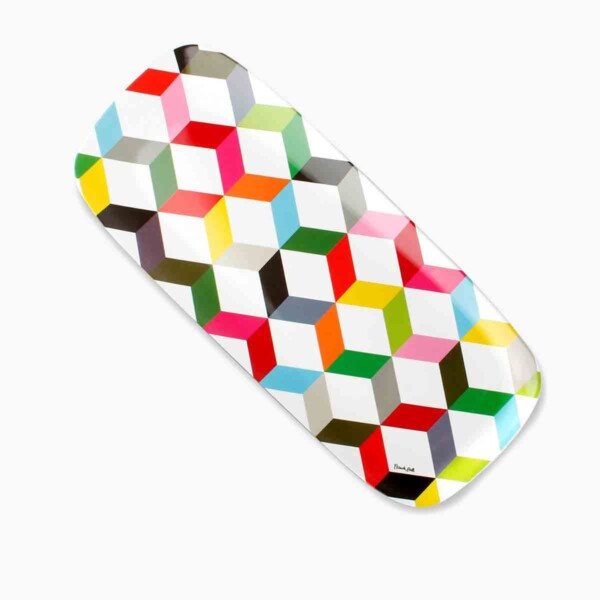 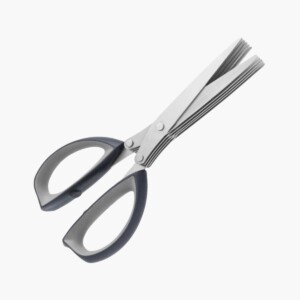 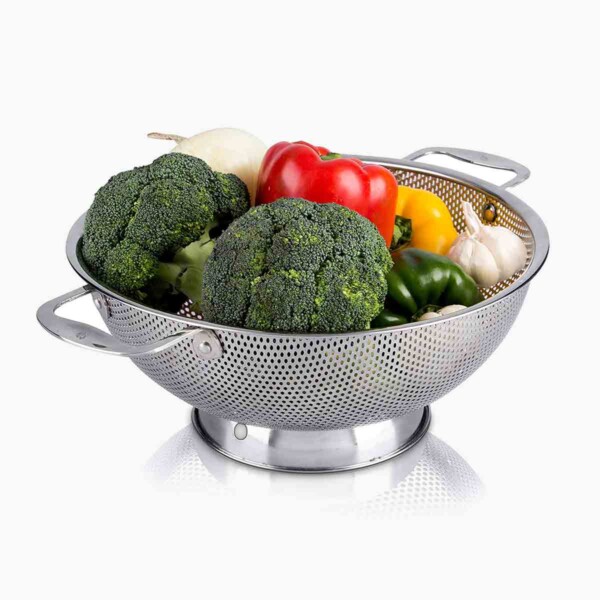 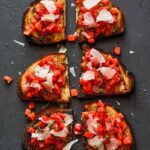 You’re probably not thinking garlic, basil, and cheese with your watermelon, but trust us on this one. It's the perfect bruschetta for summer.
Prep 25 mins
Drain Time 20 mins
Total 45 mins
Appetizers
American
4 to 6 servings
336 kcal
5 from 1 vote
Print Recipe 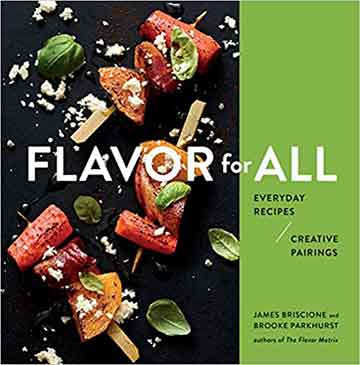 I’ve made bruschetta many times, but never with the addition of watermelon. This watermelon and tomato bruschetta really takes bruschetta to the next level! There’s a nice crunch from the toasted bread which is perfectly flavored with extra virgin olive oil and garlic.

This is the time of year for our wonderful Jersey tomatoes and I was able to use one very large one from my garden–an heirloom Black Krim. Draining the mixture is an important step to avoid soggy bread that can easily result, especially with the inclusion of the watermelon. Toasting the bread also helps avoid sogginess. A nice variation on traditional bruschetta.

This is a refreshing and surprising alternative to traditional tomato bruschetta, but don’t expect deep tomato flavor—this is more about the feeling of coolness with a touch of (hopefully) ripe tomato—and there’s a place for it on a hot summer day or night. We had this watermelon and tomato bruschetta on such a summer night, and it fit right into the feeling of the evening. We were happily surprised at how refreshing it was.

Grill the bread if you have time, as that adds some extra flavor, and don’t be afraid of adding the salt. I might try a sprinkle of fleur de sel next time, as the flavors really come together with the salt and olive oil. Use your best olive oil—it will add another layer of flavor with the coolness of the watermelon, summer tomato, and basil.

If you do want a little more tomato flavor, adjust the tomato-watermelon proportion to favor the tomato. The watermelon in the bruschetta is a surprise for those who don’t look closely, making it a really fun summer dish.

This watermelon and tomato bruschetta was delicious. My bread was very soft but was crisp and crunchy once toasted (I used my cast iron skillet). I served the topping in a bowl, with extra shaved pecorino on the side, so guests could top the bread themselves. I highly recommend making this before summer is over.

This melon bruschetta is a super simple recipe and a great one to have in your back pocket during summer when you might have a glut of tomatoes or watermelons (aren’t everyone’s eyes bigger than their stomach when they see all the lovely summer produce at market stands?)

It’s a fun one to serve as well because at a distance it really does look like regular tomato bruschetta (depending on what type of tomatoes you’ve used). Best of all it comes together really quickly and looks fancy. A perfect summer dish.

The simplicity of this recipe for watermelon and tomato bruschetta means the quality of the individual ingredients really matters. Extra flavorful tomatoes, watermelon, and olive oil will make a difference. Go easy on the garlic…I’m a total garlic nut, but for this recipe, there is such a thing as too much garlic—it quickly overwhelms the delicate watermelon flavor.

It took some patience to dice everything into tiny, even cubes, and pick the seeds out of the melon (next time I’ll get seedless!) but the finished product, piled high on my homemade sourdough bread, was a beautiful sight.

I had an aha moment for this watermelon and tomato bruschetta while shopping at the farmer’s market. I spotted a single-size watermelon, looking perfect for testing!

The farmer asked me if I knew what was inside, and I thought, of course! I said yes, it’s a watermelon, to which he agreed and added it was yellow. I bought it, and then spotted at the next stand beautiful golden yellow tomatoes—perfect! I bought them too, absolutely perfect for creating the same visual trick as the red watermelon + red tomatoes.

I was confident the yellow cubes of each would become equally nearly indiscernible, just like the red would have been, and that I would also have the equal alternation of savory and sweet bursts as described with the reds. It worked beautifully, with the sunny yellows being even more of a surprise, since it wasn’t initially clear that the fruit was either watermelon or tomatoes, much less a combination of both.

After I made this recipe, I spotted ground cherries (also yellow, with a flavor combination of tomato + pineapple), and now I’m eager to try the yellow version again, subbing in the ground cherries for the yellow tomatoes; I’ve now also seen beautiful yellow heirlooms, so the yellow possibilities continue! I used an organic sourdough, thickly cut to support the bountiful topping, and, while I thought maybe two slices would equal one serving, the one slice per serving portion was generously perfect.

I removed the tomato and watermelon seeds and tried to cut them the same size so the appearance would be the same.

In the meantime, I toasted 6 slices of bread in my toaster oven after I rubbed them with garlic (since the garlic was a good size, I cut them sideways. This made it easy to rub it on the bread as I wanted to be sure all parts of the bread would have the garlic aroma and flavor). I toasted them for about 20 minutes at 350°F. My bread was crispy and very toasty which helped to hold the liquids from the mixture of the tomatoes, watermelon, and olive oil.

Having my bread ready, I just added the basil and olive oil to the mixture and proceed to assemble the bruschetta. The flavor of this watermelon bruschetta was delicious and refreshing. The perfect balance.

My company for dinner was amazed since it was the first time he tried watermelon with tomatoes and enjoyed it. I’ll totally prepare this again.