Baked country ham is the centerpiece of a proper holiday meal in many parts of the South—and an enormous culinary achievement. But fear not, we’ve got a recipe that will get you the applause you deserve.

Though this baked country ham is nowhere near as salty as an uncooked, unsoaked country ham, it’s still a good idea to have on hand some great relishes, such as watermelon rind or fig preserves or a few pickled peaches, to help take the edge off. 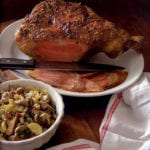 The flavor of this gorgeous ham is powerfully porky, deliciously robust, minerally, and deep, and it's perfectly complemented by the cinnamon and cloves in glaze.
Prep 15 mins
Cook 3 hrs
Total 3 hrs 15 mins
Mains
Southern
6 to 8 servings
195 kcal
5 / 2 votes
Print Recipe 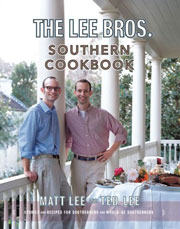