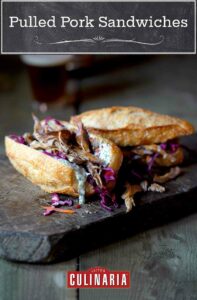 We confess that while these pulled pork sandwiches are incredibly easy to assemble, the pulled pork recipe included below, which works on your grill or smoker, is a little time-consuming. It’s worth it, natch. But here’s the thing. You shouldn’t miss out on this sandwich. So if you prefer your pulled pork sandwiches to come together with a little more ease and a lot less time between craving and consuming, simply substitute another form of pulled pork in its place, including this easy pulled pork recipe that you can make in the oven or the slow cooker. Or, in desperate moments, rely on some takeout from your fave ‘cue joint.–Angie Zoobkoff

WHAT IS A MARINADE INJECTOR AND HOW DO I USE IT?

If you’ve not used an injector before, they’re basically a very large syringe that’s used to squirt marinade under the skin of whatever you’re cooking, getting flavor deeper into the meat. And they’re pretty simple to use–just plunge the needle into the marinade and slowly draw back the plunger. You should see the marinade filling the injector.

Then insert the injector into the pork shoulder and gently press the plunger to release some of the liquid. Repeat at evenly spaced intervals all over the pork until the solution is entirely used up. If the marinade is too pulpy from the ginger and garlic to go through the tip of your injector, dump the marinade in your mini food processor and blend and try again. Some injectors do come with syringe tips that can be swapped out for thicker or chunkier liquids, though. 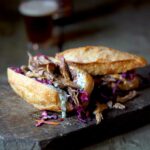 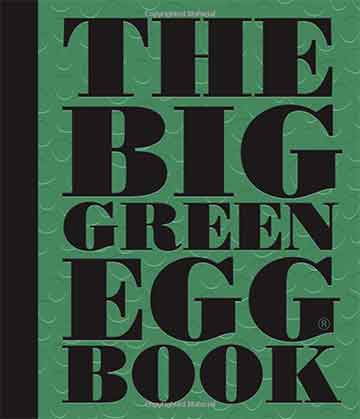 For the pulled pork

For the cilantro mayonnaise

To assemble the pulled pork sandwiches

Although this requires a little bit of planning, it isn’t much work and the resulting pulled pork sandwiches are well worth the wait! The pork really does fall apart, and when combined with the cilantro mayo and vinegary slaw, it is the perfect sandwich.

My pork roast was only 3 1/4 pounds and it fed 4 of us with leftovers. Since my roast was about half the recommended size, I used half the marinade and half the rub but followed the cooking instructions as written. I made this on a smoker and after I wrapped the pork it took approximately 30 minutes for the internal temperature to come up to 190°F.

I let it rest for 1 hour and it shredded easily and was very tender and juicy with a crusty edge that was well flavored from the rub. The mayo and slaw were both really good. I added 2 tablespoons of chopped cilantro, which gave it a pleasant flavor, but I wish I had added more. (I am a cilantro lover!)

This pulled pork sandwiches recipe allows you to turn out deliciously tender pork with smoky nuances and loads of flavor. It’s a long, relaxed process, both for the pork and you. This is not a last-second plan—you need to spend some quality time with this labor of love. So take a day off and enjoy a few cool beverages while tending to the smoker. Oven roasting is easier done but you won’t have that smoky goodness that is so much a part of good pulled pork.

When I started, I thought it would have pulled pork with an Asian flair, mainly due to the use of soy sauce and ginger. That wasn’t the case as the blend of ingredients became a whole that was larger than the sum of the parts used to imbue the pork with their flavor. The coleslaw was wonderfully crunchy and complemented the pork quite nicely. However, I used the full amount of toasted cumin seeds and found the flavor had a tendency to overpower the other ingredients of the sandwich. I would recommend using half that amount. The slaw’s flavor gets better if refrigerated overnight.

The mayonnaise was rich and sultry, adding a great foil to the crispness of the coleslaw and the smoky, mildly spiced pork. (This would be a great dip for vegetables, chicken, or even a slather on poached salmon.) I used brioche burger buns for the final preparation. The mayonnaise really needs to be made a day ahead, which is no problem, considering the pulled pork and coleslaw are best that way, too.

I have a bullet smoker with a water bowl for ballast. I preheated the smoker to a temperature of about 225°F and then added the roast with a thermometer inserted. After 12 hours, when the temperature had reached 170°F and the bark looked good, I wrapped the roast in foil and returned it to the smoker. I maxed out my smoker at 280°F and let it cook for another 1 1/2 hours until the internal temperature had reached 190°F and then removed it to rest for 1 hour. It’s difficult to set an exact time for pork because there are so many variables. It is done when it’s done.

The assembly at the table was too fast to record. If I were to do this again, I’d want to have some sort of sauce, thick or thin, to add to the pork after it was pulled to give it some more moisture. It was tender but a tad dry. A nice zesty sauce would really perk this sandwich up!