This fried mortadella sandwich is essentially a grown-up riff on that fried bologna sandwich that likely made a frequent appearance in your after-school snack attacks. This version, made with rustic rather than Wonder bread, fried mortadella in place of Oscar Meyer cold cuts, and a schmear of mustard, is undeniably an elevated version of the original. So, go on, splurge on the best mortadella you can find and uplevel your childhood memories.–Angie Zoobkoff

What Exactly Is Mortadella?

Okay. So we said that this is like a bologna sandwich gone to finishing school, but we didn’t explain why. In case you’re wondering, the rustic bread and the smear of mustard are part of the equation. But more than anything, it’s the Mortadella, which  is the silken smooth, subtly spiced, grown-up equivalent of bologna. Made from heat-cured pork, small chunks of lard, and spices, including white pepper, anise, coriander, and sometimes myrtle berries, Mortadella can also sometimes contain wine and pistachios. It can be shaved as thin as prosciutto to let it literally melt in your mouth or it can be hacked into cubes and speared with toothpicks and set out with cheese and olives or it can be thickly sliced and fried or cut into matchsticks and fried like bacon for use in recipes or, well, there are a lot of things you can do with it. Including this sandwich.

Both bologna and Mortadella originated in Bologna, Italy, although bologna has a simpler, less complex taste and texture.  Not that there’s anything wrong with that. Just saying . 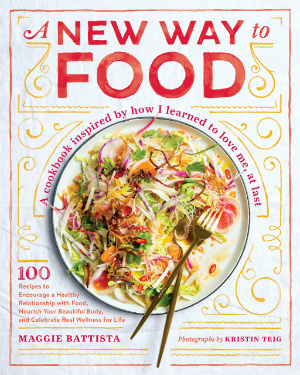 In a large non-stick or cast-iron skillet over medium heat, or using a toaster, toast the bread, flipping once until it is slightly browned and pale golden, about 5 minutes.

When the bread has finished toasting, remove the bread and put the mortadella slices in the skillet, making sure they’re not touching (you may need to do this in two batches). Fry the mortadella, flipping once, until both sides have a golden-brown glow, 3 to 5 minutes. Remove to a paper-towel-lined plate.

Spread as much mustard as you like on one side of one or both slices of toast. Pile the mortadella slices on one slice of toast. Place the other slice of toast on top. Slice, if you like, and serve immediately.

Even though I don’t believe in guilty pleasures, this sandwich is a guilty pleasure. It’s basically a bacon sandwich, but it feels different somehow. The mortadella fries up crisp but it’s still got a nice chew to it and the sharpness of the whole grain mustard cuts the salty, fattiness of the meat. Just glorious.

Rather than dirtying more dishes than necessary, toast the bread (I used squishy white sandwich bread) in the skillet while it heats. I like mine lightly toasted for sandwiches, so it only took about 5 minutes. I could only fit 2 pieces of mortadella in the skillet at once so cooking time was 15 minutes in total. I used a very generous teaspoon of mustard and it was perfect.

Well, this was a bit of nostalgic food that I truly enjoyed. When I was a kid a real weekend treat for us was a fried bologna sandwich for lunch. The substitution of Mortadella for plain ol' bologna elevated this sandwich to a more adult level for me.

I made 2 of these sandwiches for myself and my daughter for a quick and easy dinner one night. I used a soft white bread for one sandwich and a soft mutigrain for another, half of each for us both to try. I made mine according to the list of ingredients but my daughter prefers white bread and yellow mustard to whole grain mustard. For each sandwich I fried 4 slices of mortadella. Even using a very large skillet I was only able to fit 2 slices of the meat in to fry at a time. I can't say how large her mortadella was but mine was a good 8 inches across and doing more than 2 slices at a time meant missing out on the crispy bits. We toasted the bread in the oven since it was on to keep the meat warm until we could assemble to sandwich. Personally I would just as soon have used the toaster as it can do the bread faster and as well than the oven can.

Our results were stellar. I loved the bacon like crispness of the mortadella and the whole grain mustard added a little something special that I don't think a Dijon would do. The yellow mustard also worked well here. The sandwiches made for a lovely and filling dinner alongside a simple salad. My preference was the multigrain bread with whole grain mustard, but I don't think you can go far wrong with something as simple as this whatever your choice. A dab of mayo would work well here as well as a little lettuce or a slice of smoked cheese. I'm looking forward to making this one again.

I think if you wanted a thicker sandwich 6 slices of thin mortadella could have been used.

You had me at mortadella! This Midwest girl grew up with bologna sandwiches in her brown bag school lunch. Point of pride, the tiny city of Yale, Michigan hosts a Yale Bologna Festival every year. The highlight of the festival being the coronation of the festival’s King and Queen of Bologna, crowned with—what else—ring bologna!

I view Mortadella as the much fancier cousin of bologna, and somewhere along the line I made the switch from bologna to mortadella. In fact, on my son’s first day of preschool, at age three, he totally remembers what he had in his lunch bag that day—a mortadella sandwich!

I was only too happy to take a mortadella sandwich to the next level by frying it.

My slice of mortadella was about 1/4 inch thick, (about 3.5 oz per slice). I browned it quickly on each side, about 3 minutes total, spread some mustard on a toasty square of focaccia, and served with bread and butter pickles. Best. Lunch. Ever!

If you love Mortadella as much as I do and have some good bread (I used my home-baked levain for this), then this delight is a no brainer for a quick lunch. It's crisp, chewy, rich, sharp, and tangy. A lovely combination. Yes, this is just a sandwich with 3 ingredients, but it’s an excuse to fry up some Mortadella and what a delicious combo that makes with crust bread and mustard! The only improvement I can make to this simple preparation is to double up on the mortadella.

I did not want to fuss with the oven for toasting the bread. I simply used my toaster to get it to my desired toastedness

I only used mustard in the sandwich, I think mayo is not a great combination with rich mortadella. A few leaves of arugula on the other hand might be nice.

Back to Fried Mortadella Sandwich on Leite's Culinaria