This oven-roasted pulled turkey breast has the same tangy sauce and tender meat as your favorite pulled pork but it’s ready in a fraction of the time.

CAN I FREEZE PULLED TURKEY?

Pulled turkey actually freezes really well so if you want to make more than you need (or if you can resist eating the 6 servings this recipe makes), then you can pack some up and stow it away for a quick and delicious dinner. Future you will be thrilled!

You can freeze individual portions or whatever amount you have left depending on your situation. Bones don’t freeze well so use just your leftover, sauced turkey meat. Wrap it tightly and it’ll be good for up to 3 months. 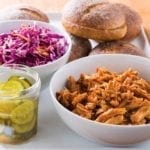 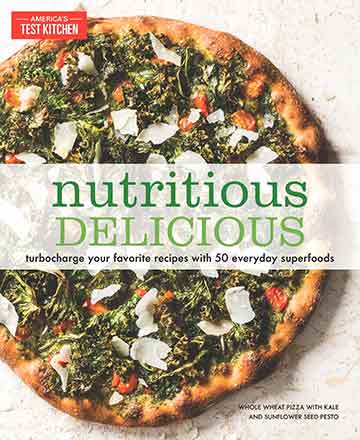 For the pulled turkey

For the cabbage slaw (optional)

It’s not every day you see a recipe for oven-roasted pulled turkey breast. Or see it on a menu, even at a BBQ joint. So I was a little skeptical of how this recipe was going to turn out. Happy to say, my skepticism was misplaced.

While the turkey was harder to shred than either chicken or pork (the two more common “pulled” meats), the sauce was a perfect blend of sweet and tart and a perfect foil for the turkey. The barbeque sauce was so good that next time I might double the recipe. As is, it was fine, but I was a little worried that there wouldn’t be enough sauce to fully coat and flavor the turkey breast. But again, I was wrong.

And, of course, the cabbage. The simple dressing of cider vinegar and oil was perfect. The slaw belongs on top of the turkey on a bun. The combo made for a delicious and messy meal.

Checking the temperature of the meat is key because the timing can be different depending on oven performance and you really want to reach that 160°F level at a minimum. Also, turkey is not like pork with its fat. The longer you cook a pork shoulder, the more tender and easier to shred it gets. Not so with turkey, but you do need to get it to 160°F. Some parts of mine reached 170°F when the thickest part reached 160°F and it was still fine. No worries about drying out the turkey with this recipe!

When I first saw this recipe I knew I had to give it a try. I love turkey breast, but it can be a challenge keeping it moist. I smoke meat for a living and have done my share of turkey breasts, but the time involved including brining, injecting, and basting makes for a tedious day. So needless to say I was very happy to give this recipe for oven-roasted pulled turkey breast a try.

The breast I started with was just over a pound and a half. I got my brine ready in a resealable bag set inside a bowl. Once you start the sauce, it goes very quickly. I highly recommend the step for adding the spices and giving a 30-second cook before adding the wet ingredients. Oh, the aroma! People were walking into the kitchen asking what was I cooking. Once the sauce was done, I pulled it off the heat. I had a few minutes before the brine was ready, which gave me enough time to clean up.

While the breast was cooking, I had enough time to make the slaw and toast the buns. I cut the cabbage by hand but used shredded carrots from a bag.

I did check in on the breasts after 20 minutes but they weren’t quite done so I let them go for another 5 minutes. I pulled them out and let them rest while I reduced the sauce. I got preoccupied and let it reduce a little more than what I wanted so watch it carefully. I placed the pulled breast back in the sauce and it was ready to go.

After my friends and a couple of kids tasted everything, I would say that the heat is fine for adults and maybe some kids that are used to heat, but I had 2 younger ones that couldn’t eat it. So if you’re preparing for the kiddos take that into consideration and reduce or eliminate the cayenne pepper and/or hot sauce, but keep in mind you will lose a lot of great flavors. Personally, I would make a separate batch of sauce for the kids because it’s quick and easy to make. I also didn’t add extra salt. Between the brine and sauce ingredients that contained salt, there was no need.

I really like this recipe. You can make this recipe from start to finish in about an hour and that’s a big deal for me when trying to get dinner on the table. I’ve made it 3 times already and it’s quite versatile. The second time I used the shredded turkey in sauce to make quesadillas and the third time I added chicken stock and cannellini beans for a flavorful soup. This one is a keeper for sure.

The spicy barbecue sauce gave what could be otherwise nondescript turkey breast some punch. The finished sandwiches with pickles and slaw were tasty and I would make this again.

When I went to shred the meat after resting it for 5 minutes, it was very hard to pull apart with 2 forks and some of the meat was still a little pink. The small amount of pinkness wasn’t a great concern as I knew it would go back into the hot liquid and that would finish the cooking. I finally tore the meat apart with my fingers, having had only modest success with the forks. I’d probably cook this to between 170°F to 175°F next time.

Due to a scheduling issue, my turkey brined 90 minutes instead of 30, but that should have only made it more moist and tender.