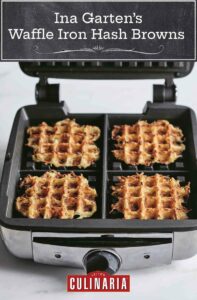 Ina Garten’s waffle iron hash browns wowed our testers with crisp, crunchy outsides and creamy insides. Almost like a latke without the grease or mess, these beauties only require potatoes, an egg, some onion, butter, and salt. Plus that waffle iron that’s been waiting for its time to shine. 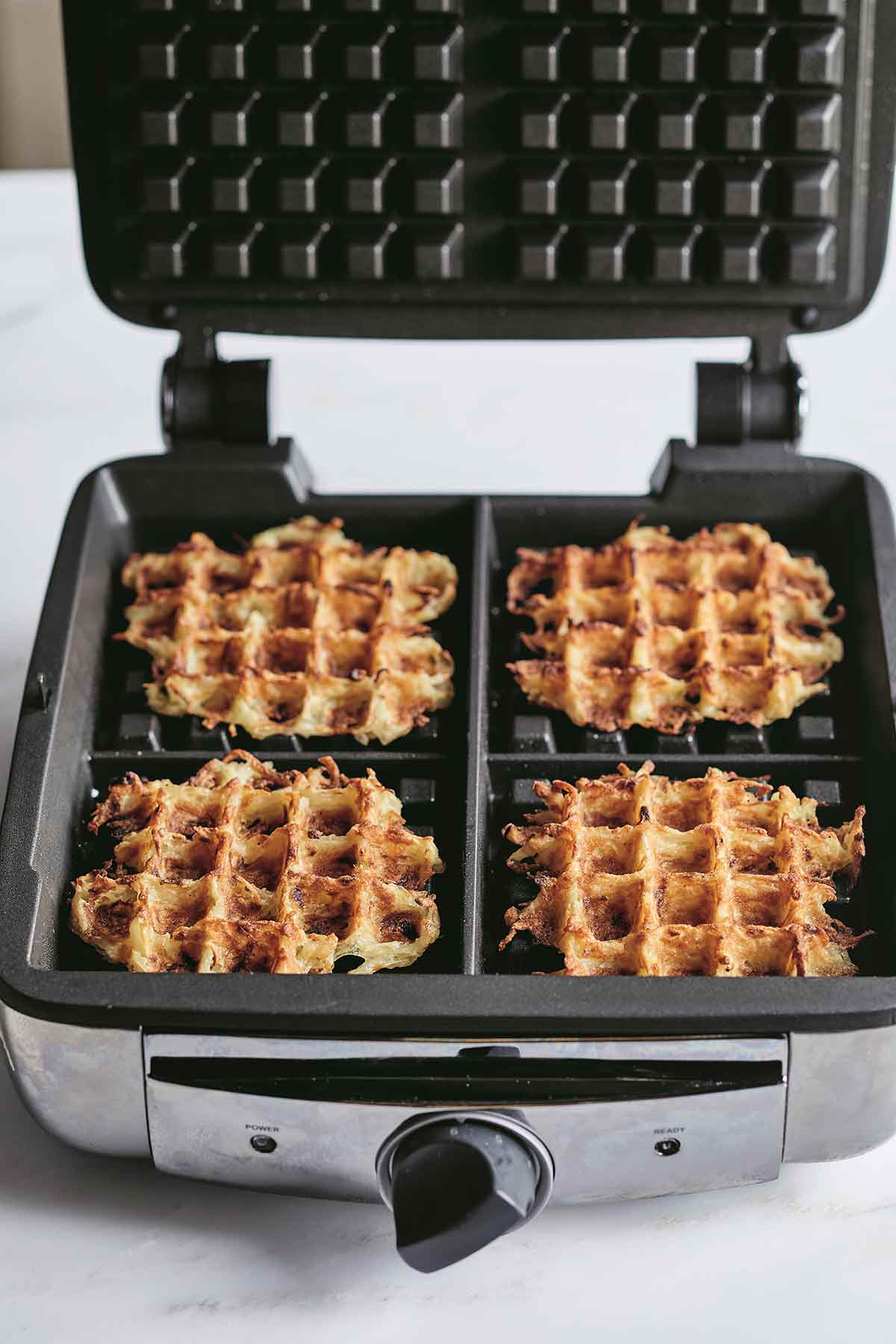 There’s a lot of mystery around making hash browns at home—they’re often soggy or undercooked or bland. This ingenious method from Ina Garten serves up perfectly crisp potatoes that are cooked through and taste like actual spuds, not grease. Top with anything you desire—applesauce, sour cream, a fried egg—or just a sprinkle of salt.–Jenny Latreille 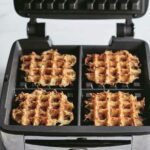 Waffle iron hash browns are the easiest and most delicious hash browns you’ll ever make. They’re really crispy on the outside and creamy inside—and the best part is no splatters on the stove!
Ina Garten
Prep 30 mins
Cook 15 mins
Total 45 mins
Sides
American
4 servings
225 kcal
5 from 1 vote
Print Recipe 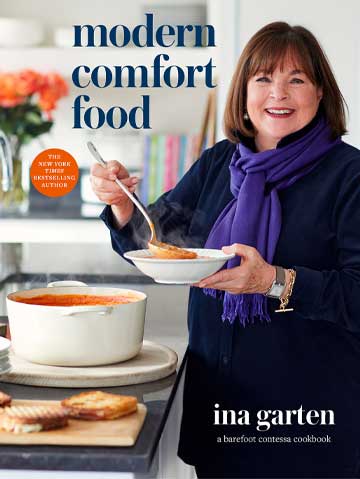 *How dry do my potatoes have to be for hash browns?

Well, to put it gently, probably more dry than you think. As Ina Garten herself says, you have to be gentle so as not to tear the strands of potato. But we'd also like to add that you don't want to be so gentle that you end up with soggy hash browns. One of our testers used a paper towel and a salad spinner to great effect. Proceed gently but firmly—you're the boss here, not those wet spuds.

Disclaimer: I knew this was Ina Garten's recipe before testing, as I own the cookbook it's from. While that did mean my expectations were higher than normal, the Barefoot Contessa's recipe delivers and works as written. I may draw an issue with the naming (the egg/flour/onion makes them more a latke than a hash brown) but the flavor is there and they were delicious to eat.

I tested these Ina Garten's waffle iron hash browns in a round, American-style waffle maker (rather than the Belgian pictured above) and had great success using the medium-high setting for 9 minutes per waffle, using a generous 1/2 cup of mixture per round waffle, spreading it out each time before closing the lid. The waffles were crispy and the potato cooked all the way through. We ate ours with applesauce, sour cream, black pepper, and chives and they made a great breakfast. I can only imagine how good they would be with a sunny-side-up egg on top. I can't tell you how well they reheat, because there were no leftovers, and that's a sign on its own.

Advice: The side that is face-down in the waffle iron will fill in and look the best and should be the "presentation side"...so plan for that side to be face up when you serve them. The only change I'd make is using a little less onion next time since my onion was rather large. 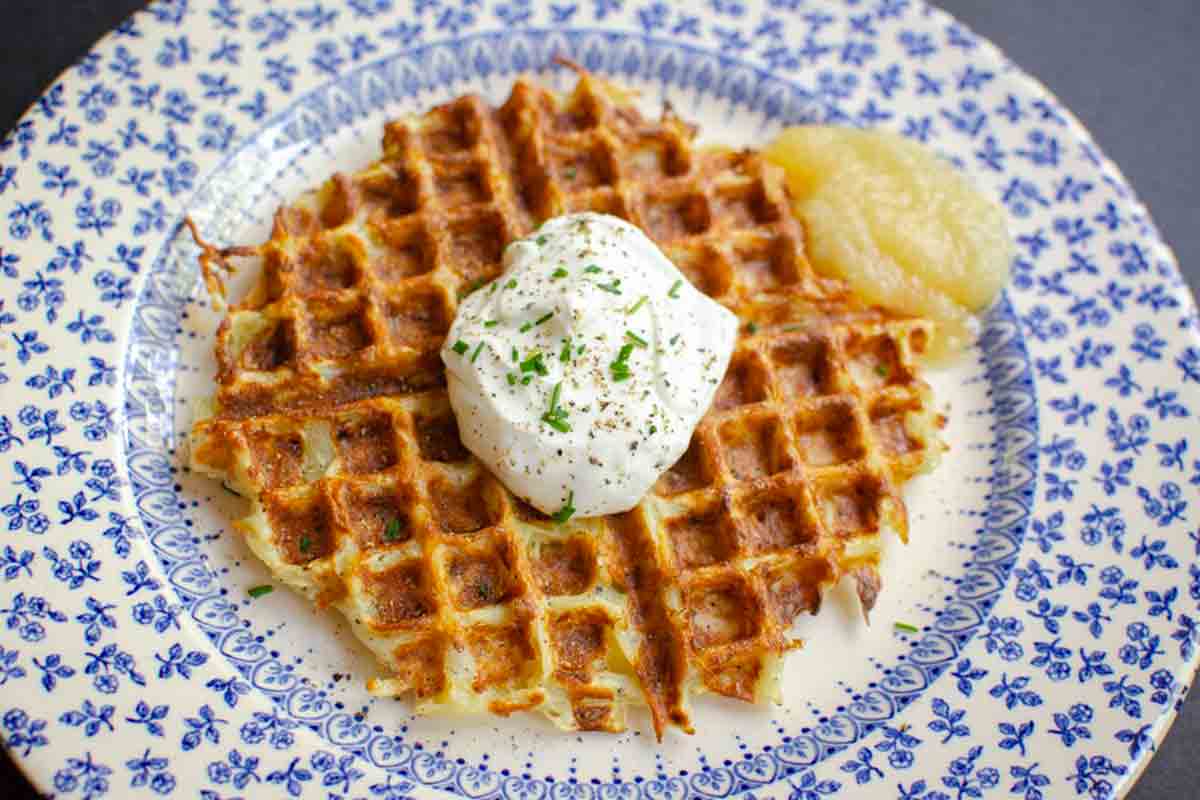 It was "breakfast for dinner" at my house tonight and these Ina Garten’s waffle iron hash browns were a hit! They were a bit more time-consuming than I expected but I did appreciate that they could be warmed in the oven until serving. They very much have a latke vibe, without all the grease of frying which I absolutely loved! We ate them with bacon, eggs, and ketchup—a perfect diner meal!