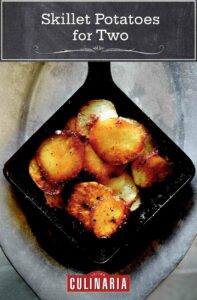 Skillet potatoes made by Judith Jones for Julia. Yes…that Julia. A simple combination of potatoes, butter, salt, and garlic cooked in a skillet until golden brown. Simple but utter perfection. 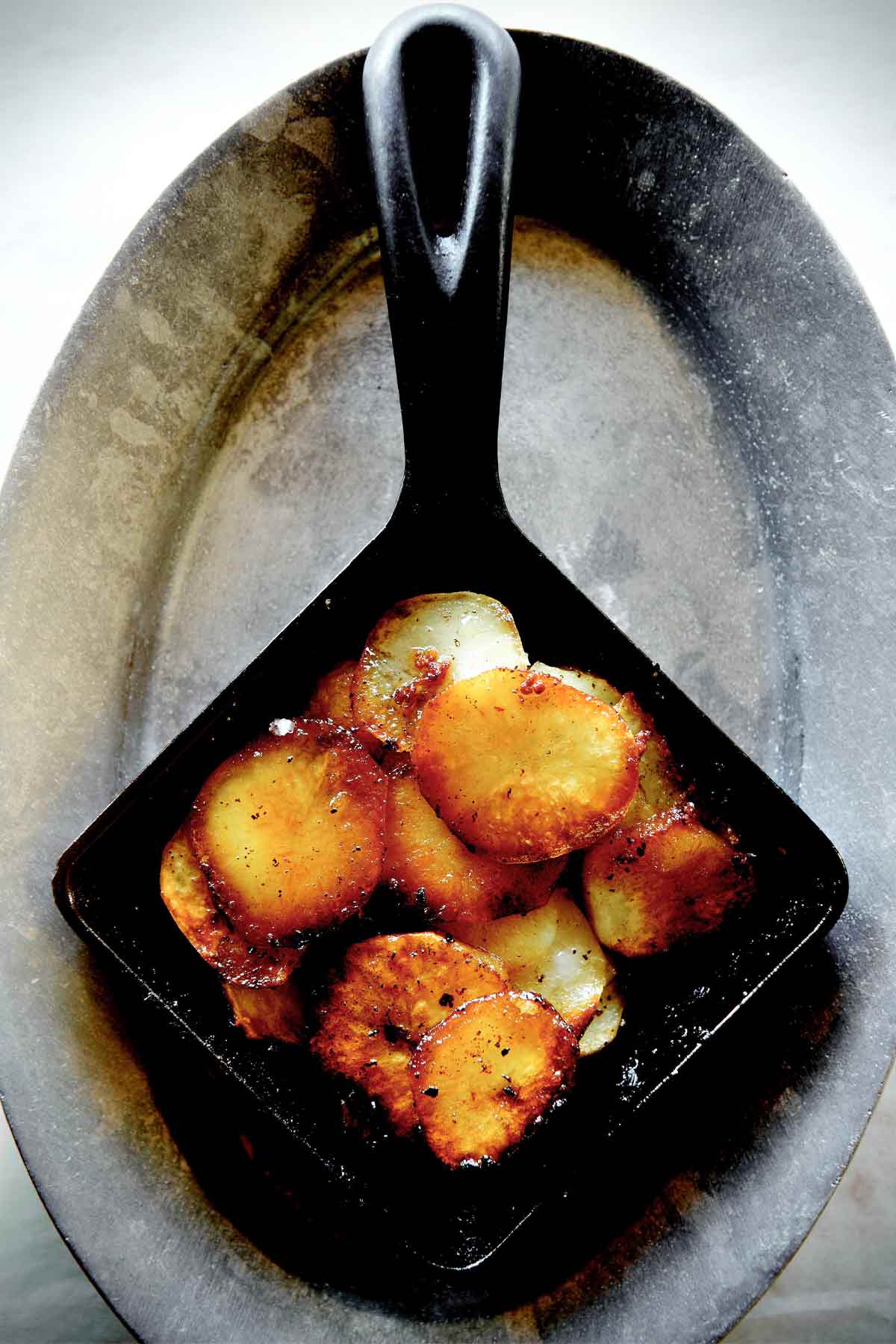 Adapted from Judith Jones | The Pleasures of Cooking for One | Knopf, 2009

Once, when I was in Cambridge working all day nonstop with Julia Child, as we often did, it was almost 11 p.m. when she finally swept away the manuscript and announced we’d make dinner. She then turned to me and said: “Judith, you make a nice little potato dish while I fix the meat.” Slightly unnerved, I managed to rise to the occasion and put together what I would call a fast stovetop version of the classic potatoes Anna. As I mashed some garlic and salt together and smeared this between the layers of sliced potatoes, Julia was looking on a bit skeptically, and although I used lots of butter, of which she always approved, it wasn’t clarified butter. But when we sat down and she took her first bite, she pronounced the potatoes delicious, and her husband, Paul, toasted me. I was in cook’s heaven. I probably made my potato dish that night in a standard round 5- or 6- inch skillet for the three of us, but in recent years I’ve made it regularly for myself in a 4 1/2-inch-square cast-iron frying pan, which once belonged to my father. After he retired, he liked cooking for himself, and I remember his acquiring this little pan with pride so that he could make himself one perfect fried egg. It’s unlikely that you’ll have such a pan, particularly one imbued with fond memories, but any very small skillet will do.–Judith Jones 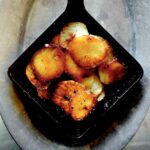 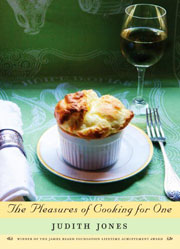 *How do I thinly slice potatoes?

For a recipe that only needs a few potatoes, you might not want to pull out your mandolin but it IS the best way to get uniformly thin slices. A food processor will work too, but only if the spuds are small enough to fit in the feed tube. If you have a decently sharp knife and a steady hand, you can also do it the old-fashioned way, of course. Uniformly sliced potatoes mean that everything will cook at the same rate, giving you crisp outsides and fluffy insides.

This has become my favorite side dish. So simple yet, so perfect. What, No cheese? No bacon? EVERYTHING you need is here. If it was good enough for Julia, it must be good enough for us.

This is a delightfully simple, quick, and tasty potato dish. Since the recipe didn’t state one way or the other, I used salted butter, along with a little more salt to season the potatoes. I also used one large potato (as I could only find small, large, or gargantuan), and this worked out quite well. I cooked these a little longer than suggested, as they didn’t brown to the extent that I wanted them to be, but I didn’t alter the recipe otherwise. The recipe is perfect as it is. No wonder Julia was pleased.