Homemade Tater Tots, known around here as Spuddies, are Chef Michel Richard’s take on the frozen potato magnificence that we all remember. Nearly the same except that these are almost kinda sophisticated. 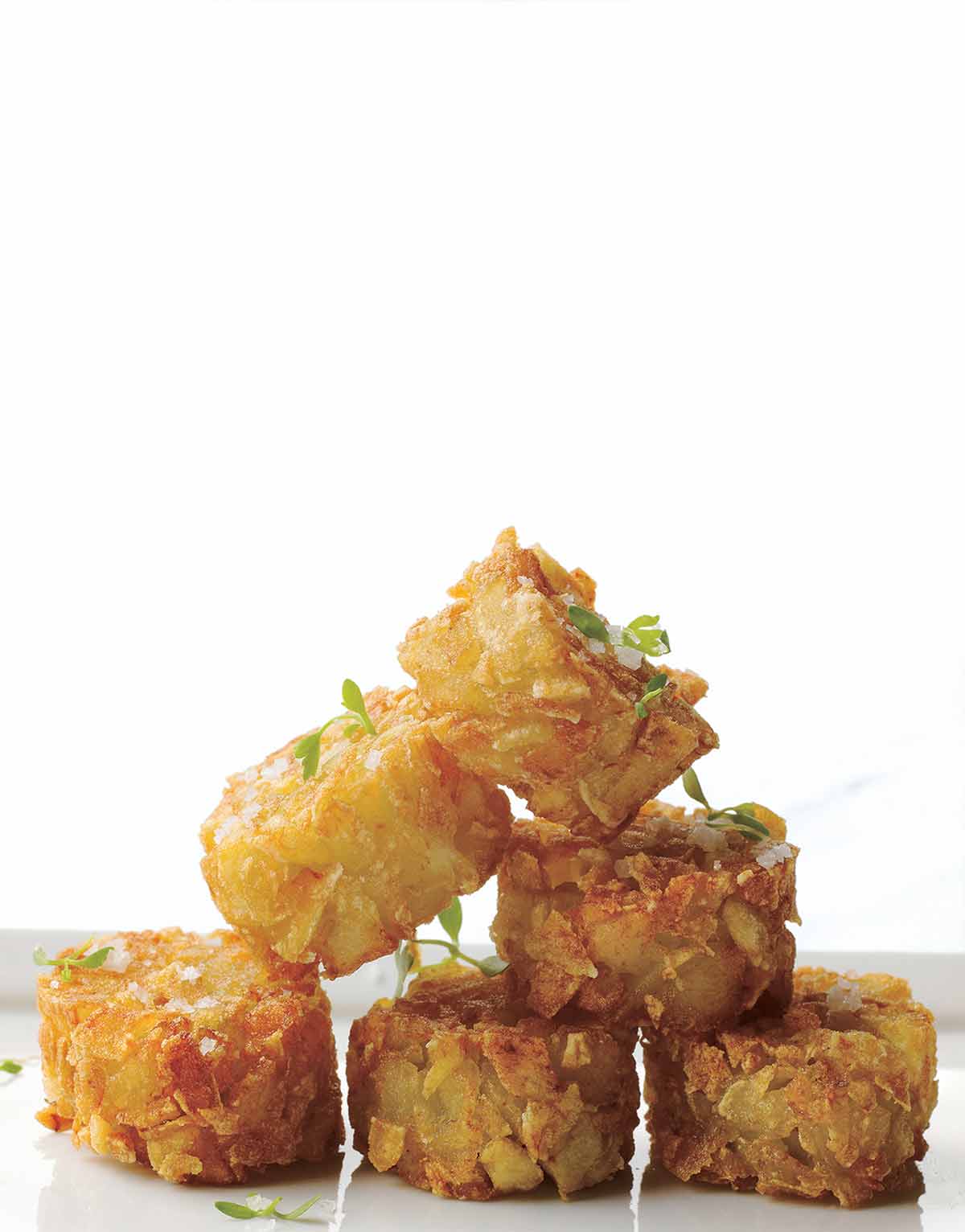 Adapted from Michel Richard | Happy in the Kitchen | Artisan, 2006

The latest restaurant concept from French chef–and college frat-brother-like character–Michel Richard? Balls. As in Meatballs, his recent love child launched in the Penn Quarter neighborhood of Washington, D.C. Though the restaurant has since closed, Richard reveled in taking the concept quite literally, dishing out sides that follow the same format as the namesake–as well as his jolly round self. Witness Tater Tot™-like orbs usurping the stereotypical squashed square shape. You could try the same with the recipe below, saving yourself a little trouble and just forming potato balls. Or you could remain true to their traditional format. The choice is yours.–Renee Schettler

WHAT ARE SOME TIPS FOR HOMEMADE TATER TOTS?

Why “spuddy”? It’s what you get when you combine “spud” and “buddy,” and the name Tater Tot™—the inspiration for this recipe—was already taken. The Tater Tot™ has a crisp outside and a smooth inside. But it’s much more interesting if you have crunchy little potato bits throughout. The trick is to put some water into the food processor along with the potatoes. When you turn on the processor, the little potato bits float around in the water instead of all staying on the bottom and getting puréed. Then the potatoes are mixed with gelatin for a binder. When you fry the spuddies after chilling them, the gelatin melts away, and this allows the oil to penetrate, firming up the flour and crisping around the potato bits. Be creative about adding flavor to the basic recipe. Coriander or curry works, as does garlic, onion, or parsley.

If you’re entertaining, you can hold the potatoes for a few hours after frying and then do the second and final crisping just before serving. [Editor’s Note: Nifty entertaining trick, eh? Richard also divulges how you can freeze the spuddies, so all you need to do just before guests come over or when you walk into the kitchen on a wretchedly harried weeknight is yank them from the freezer and shove them in the oven. His specific how-tos can be found in the recipe below.] 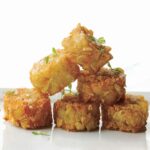 Homemade Tater Tots, known around here as Spuddies, are Chef Michel Richard's take on the frozen potato bites that we all remember. Nearly the same except that these are exceptionally good and even kinda sophisticated.
Prep 45 mins
Cook 35 mins
Chill 30 mins
Total 1 hr 50 mins
Sides
American
20 spuddies
37 kcal
5 from 1 vote
Print Recipe 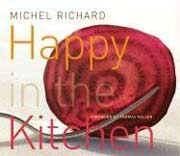 There isn’t a better potato snack in the world than a frozen and reheated tater tot—unless you can make them from scratch at home. These were the best potato nuggets I’ve ever had. They were crisp on the outside, light and fluffy on the inside. Such a treat.

You could serve these with chili and cheese on top, but why would you want to? They’re incredible on their own. I don’t think I can ever go back to a store-bought tater tots again. While rolling the potato mixture, I became a bit frustrated because my logs had an air pocket or two in them. But this wasn’t a problem. Just place them in the freezer, and they’ll come out firm.

I’ve never been disappointed with a recipe from this book and these tater tots are no exception. They really are a bit labor intensive, but lots of prep can be done ahead of time. The end result is really cool and a tasty crunchy treat that everyone enjoys, kids and adults alike. I love serving them with a couple of different dips, but of course they work great with ketchup.