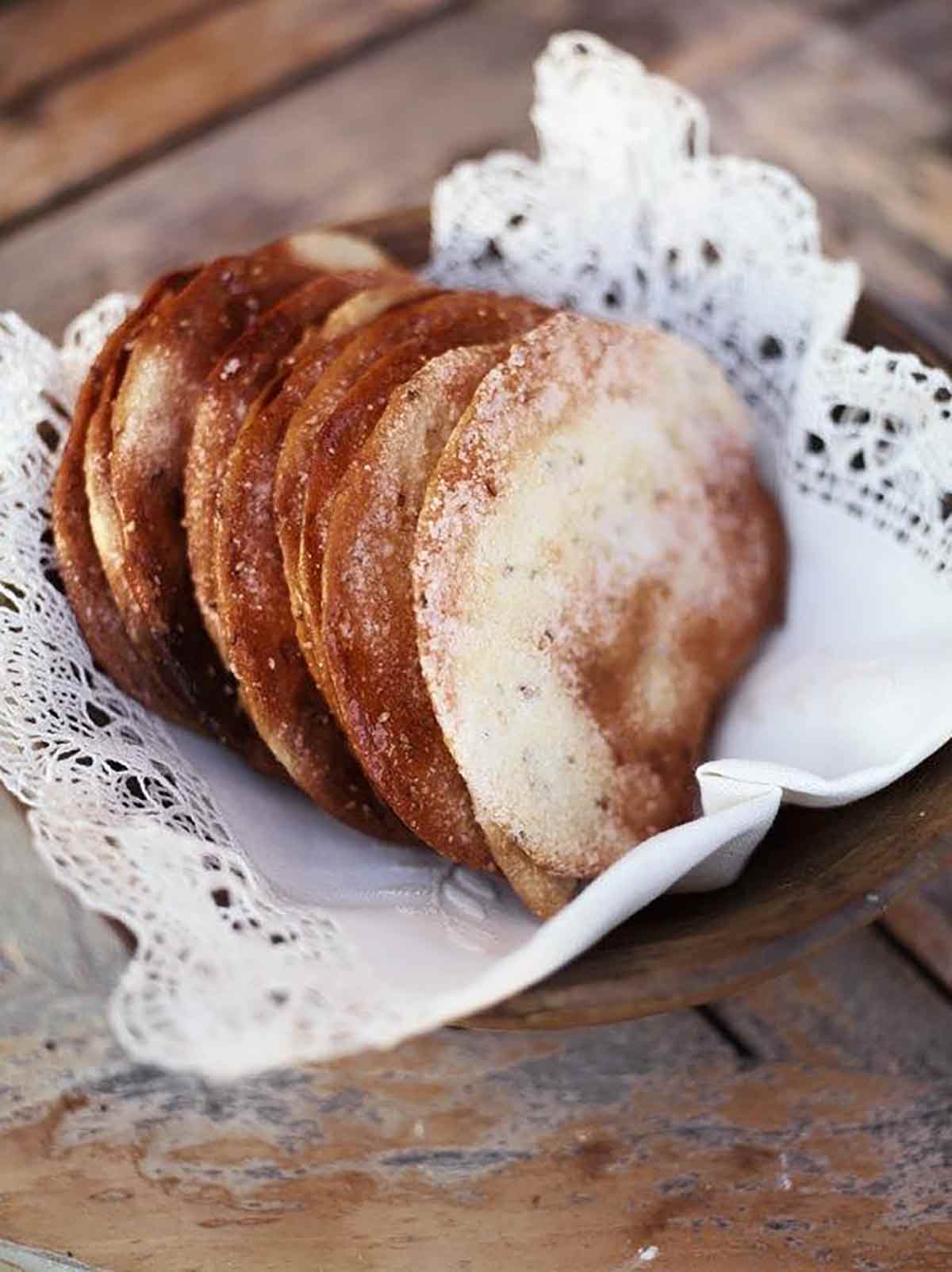 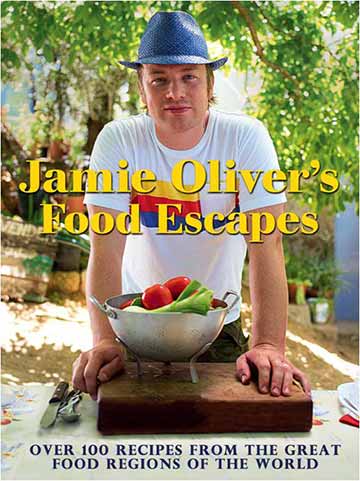 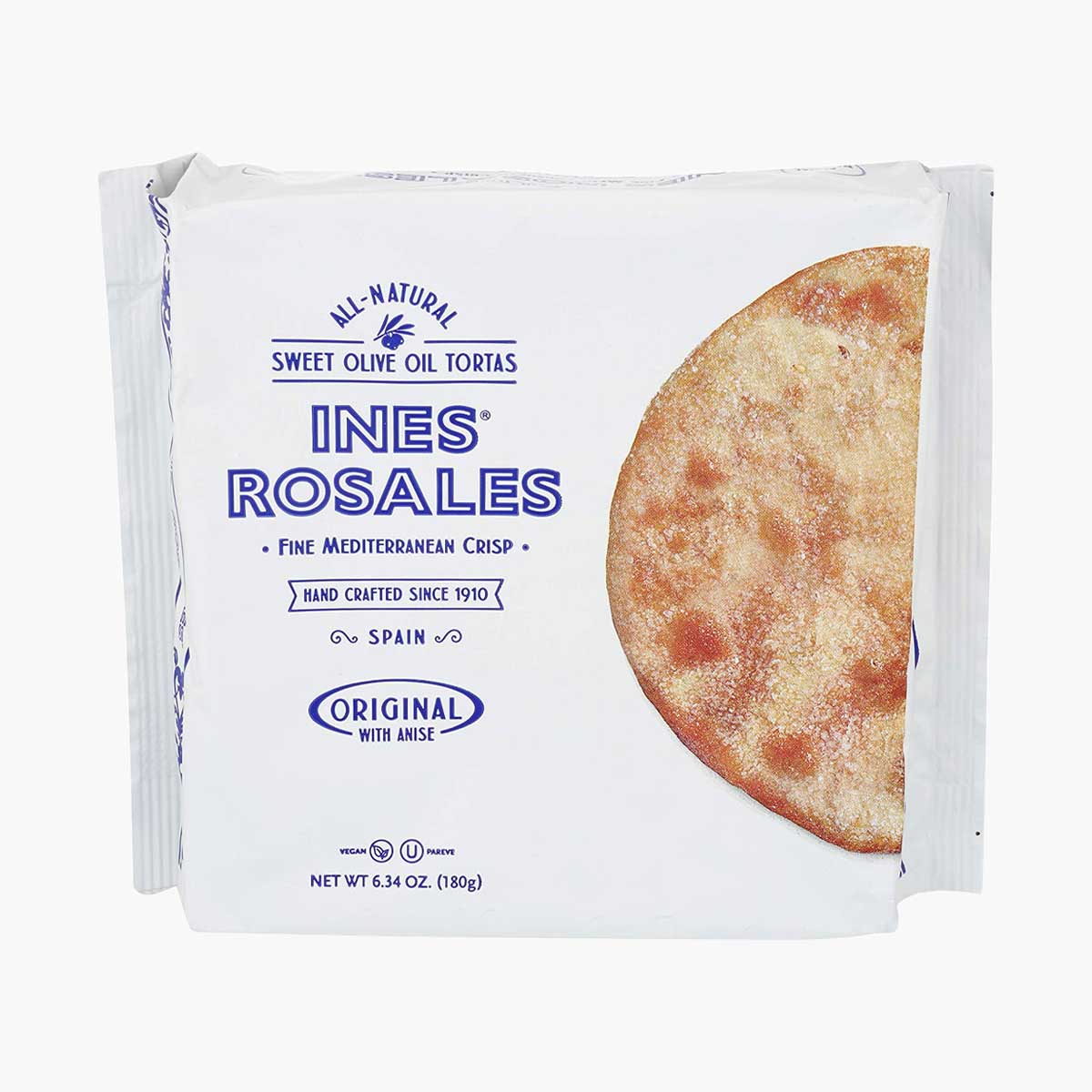 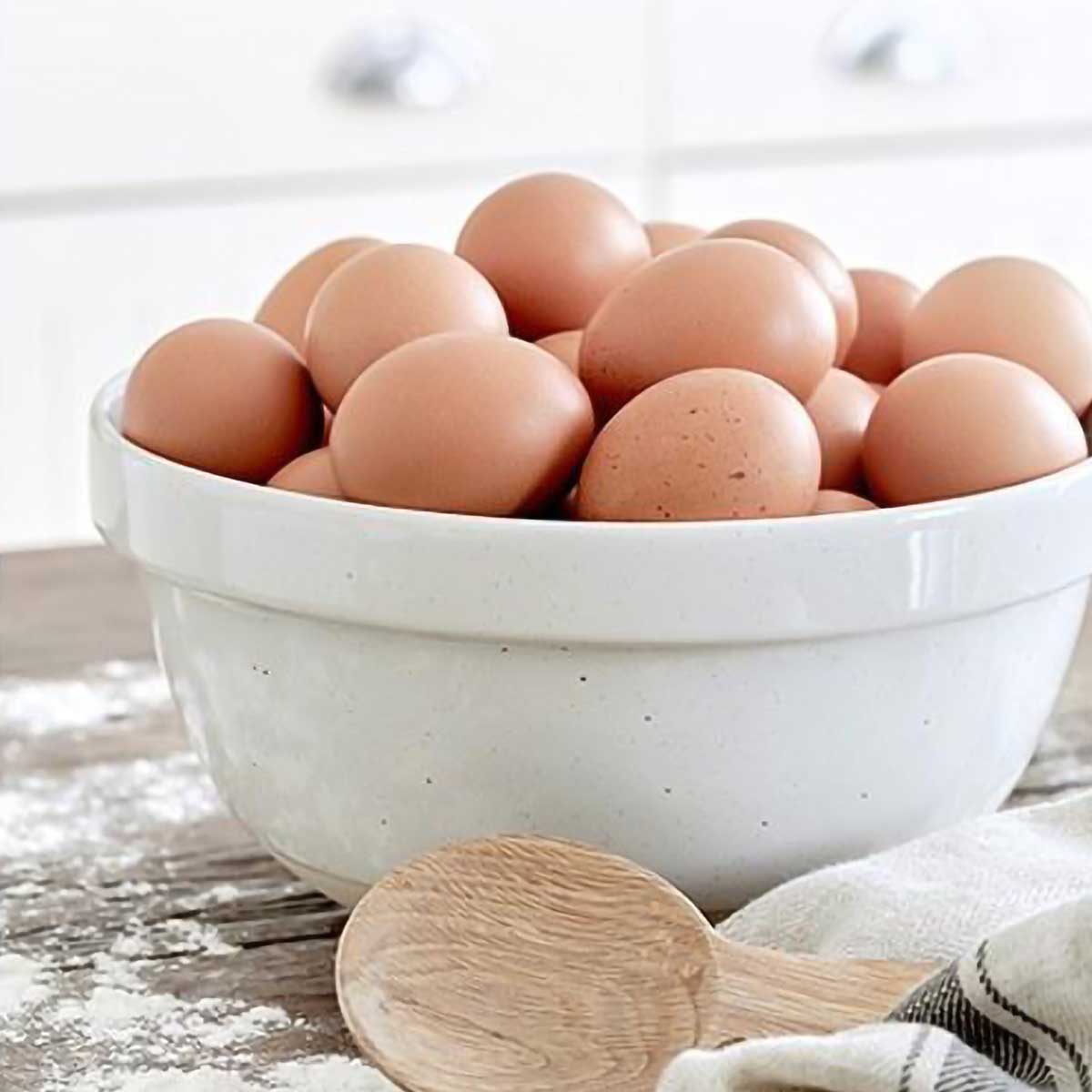 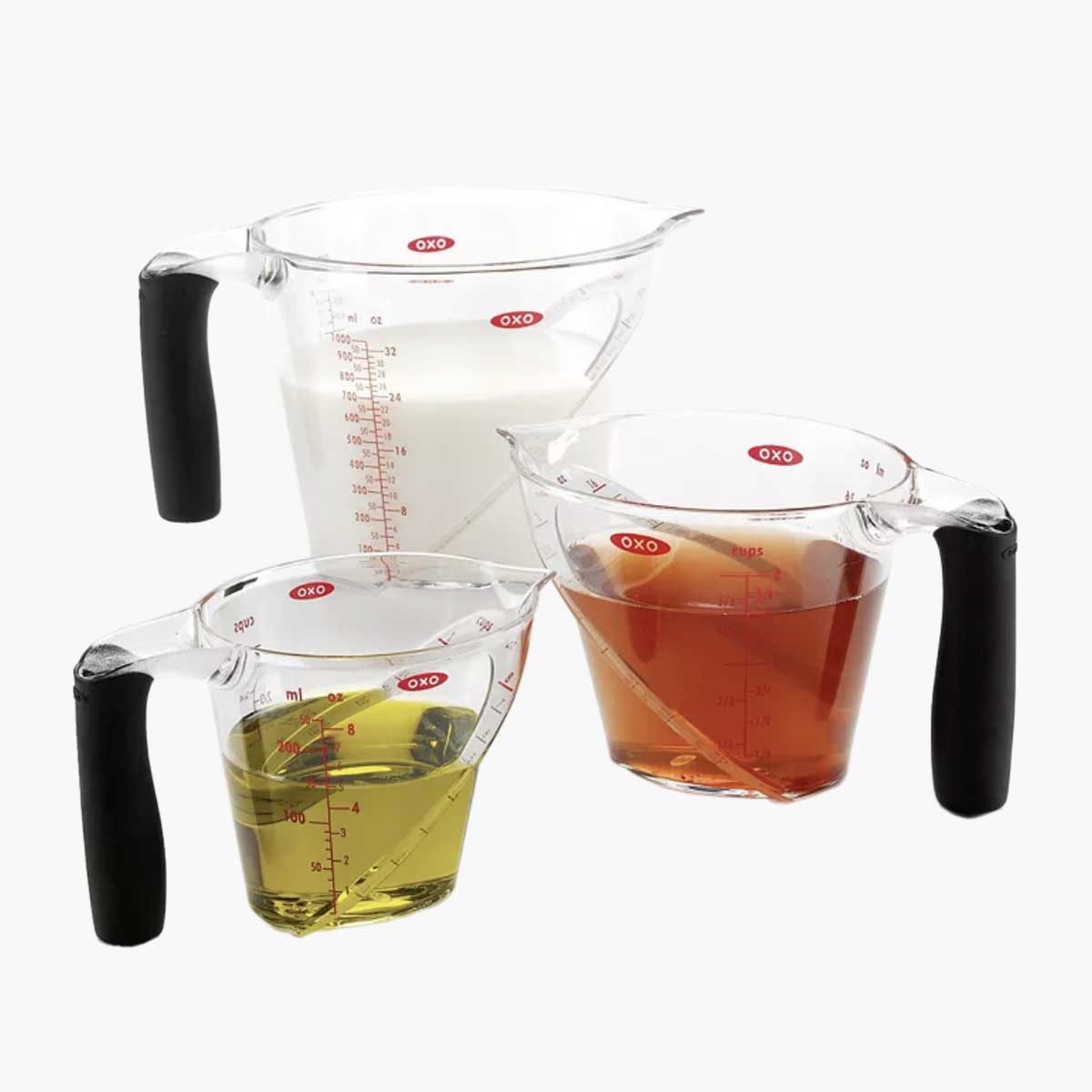 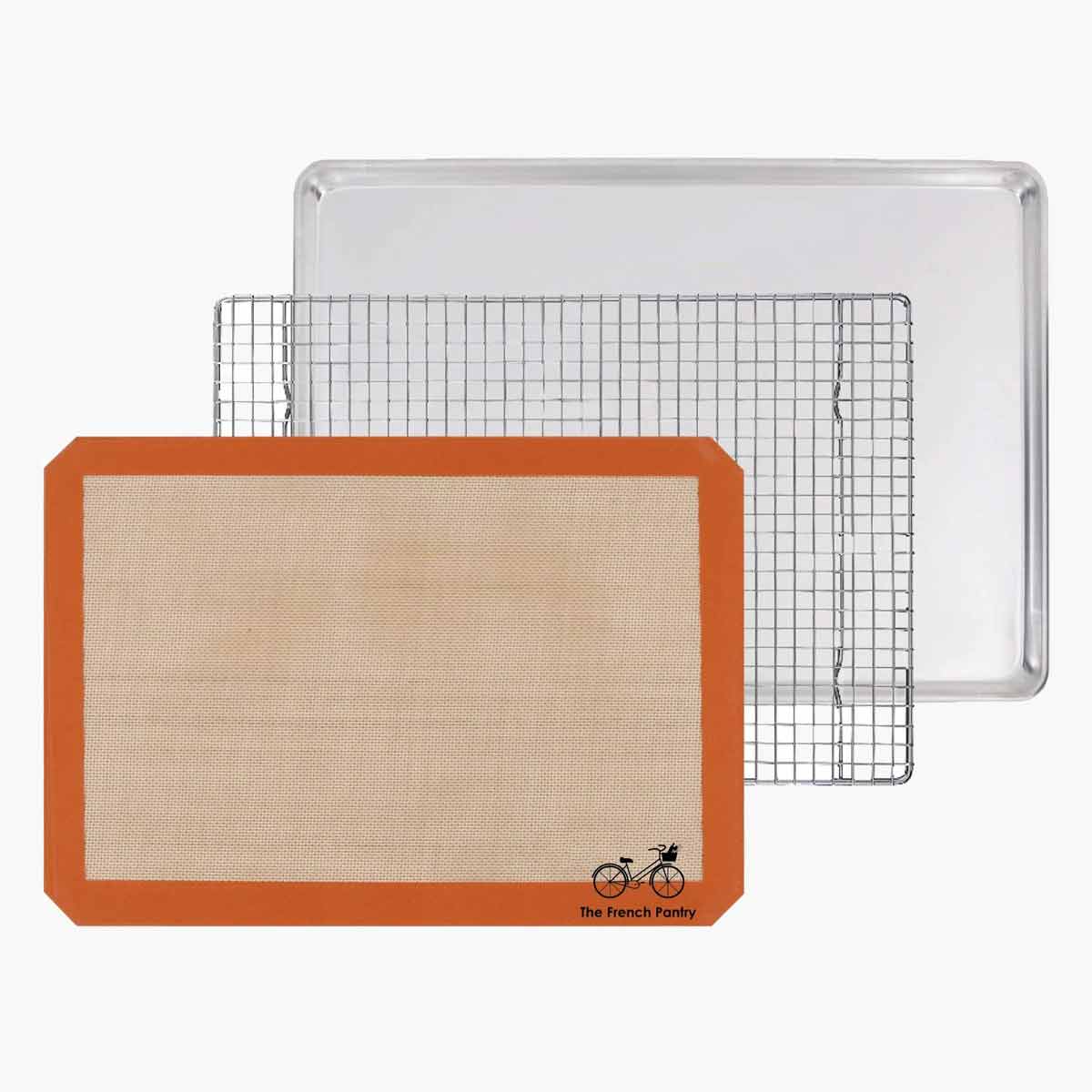 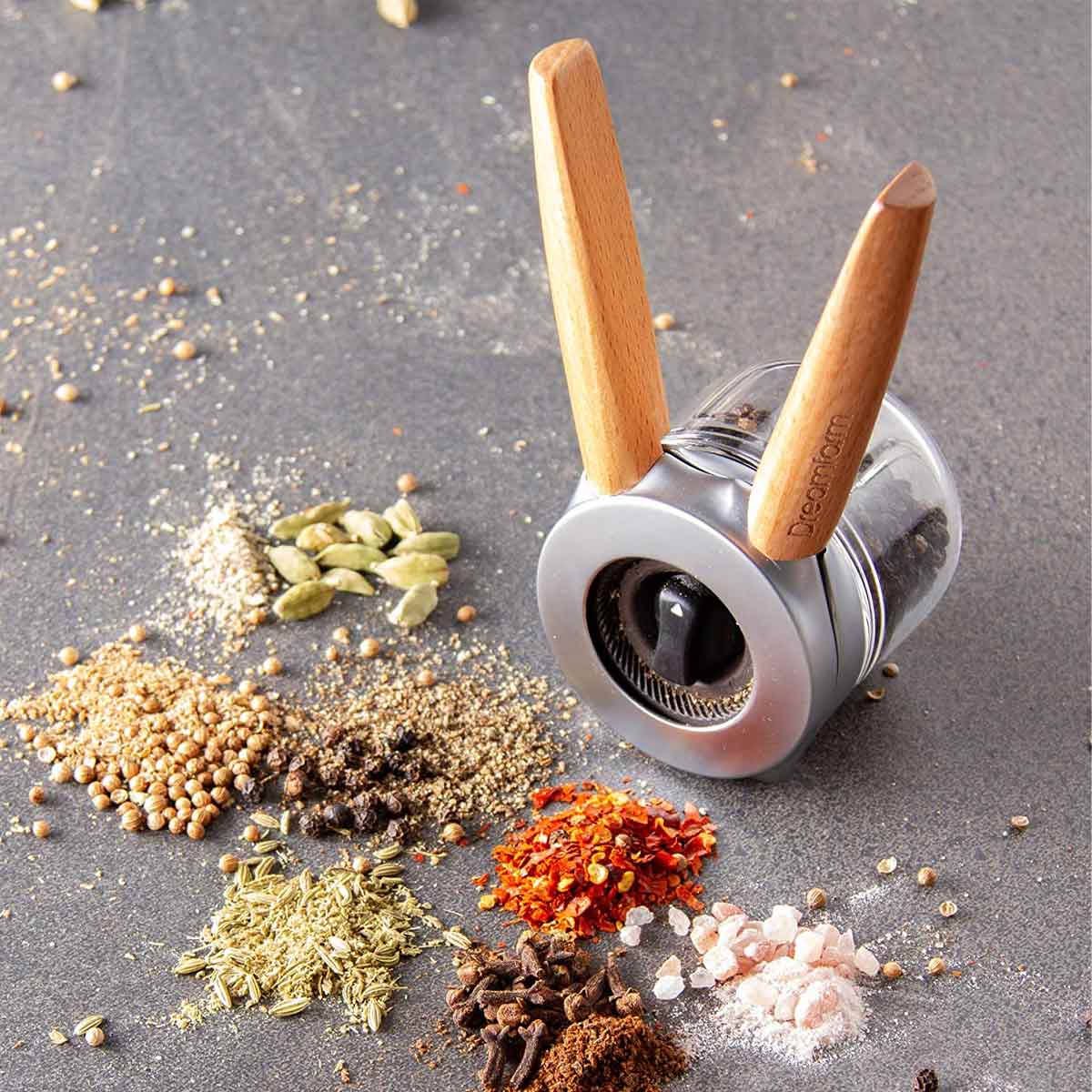 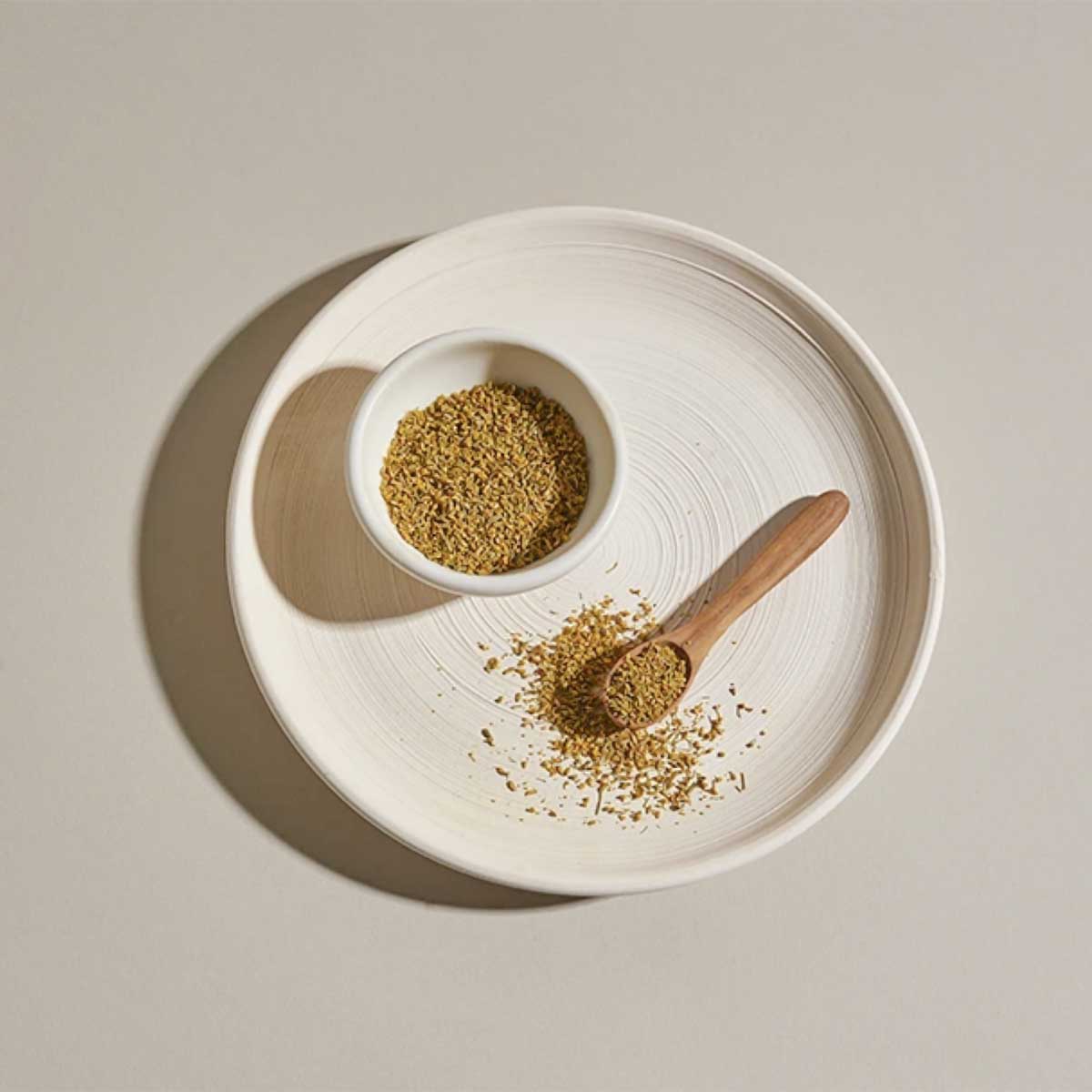 Pour the oil into a measuring cup or another bowl containing the water, stir in the sugar and yeast, and mix well. Let rest for a few minutes until it becomes frothy.

Make a well in the center of the flour mixture and slowly pour in the yeast mixture, using a fork to gradually mix in the flour. When everything starts to come together, use your hands to mix it into a smooth dough. If the dough is sticky as heck, add some or all of the remaining 1 cup flour, a little at a time, until a smooth dough forms. It’s quite possible you’ll need to add at least 1/2 cup and as much as the full 1 cup.

Lightly oil 2 large baking sheets and then dust them with confectioners’ sugar. Lightly flour a clean work surface and a rolling pin with all-purpose flour.

Divide your dough into 12 equal-size pieces and shape each one into a ball. Roll out each ball until it’s almost translucent and somewhere around 4 inches in diameter.

☞ Tester tip: It’s not a specific thickness, such as 1/16 or 1/8 inch, that you want to look for with the dough. Rather, it’s when the dough becomes so thin as to be almost transparent. That’s when you know it’s at the proper place. And don’t worry about attaining a perfect circular shape. These are intended to be rustic.

Place each torta on a baking sheet and lightly brush with some beaten egg white. Lightly dust the dough first with confectioners’ sugar and then a little raw sugar.

Bake for 5 to 12 minutes, or until golden and crisp. Watch the tortas closely as they can burn in seconds.

Immediately transfer the tortas to wire racks to cool and crisp. Devour warm or at room temperature. The tortas will crumble into flaky loveliness as you take a bite, and will then quickly dissolve into sweet nothingness within seconds. So lovely. Originally published April 4, 2014.

I did use nearly a full cup more flour than the initial 1 1/2 cups flour the recipe called for, as I had a batter, not a dough. The dough was incredibly easy to roll out into circles, although mine weren't thin enough. My most successful ones had thinner edges that crisped up beautifully. They need to be rolled out to nearly translucent.

These exquisite Spanish olive oil tortas are extremely easy to make, and they taste almost exactly like the commercial—and expensive—tortas de aceite you can find in many grocery stores. The instructions are clear, and the ingredients are easy to find if they're not already on hand. (Tip: I passed over the cake flour several times because it was in a box, not a bag. This proves that you only see what you expect to see. Duh.)

The dough is soft, fragrant, and slightly greenish from the oil. I did find that I needed to add almost 1/2 cup additional flour in order to roll out the dough. I rolled my dough into a cylinder and cut it into 12 portions. Each dough ball weighed about 2 ounces. I rolled my dough to about 6 inches in diameter, which was thin enough to see through. It's a little tricky to roll a nice circle, but I'm sure that's just a matter of practice, and besides, these are rustic crackers. Brushing the top of the torta with egg white and sprinkling it with sugar adds a lovely caramelized crust.

My first batch was slightly burnt at 8 minutes baking time. I found 6 1/2 minutes to be about right, but I would start checking at 5 or 6 minutes. I took my tortas off the baking sheet almost immediately to avoid burning. They crisp up nicely as they cool. I made them a second time with a few changes. I used instant yeast (as that's all I had on hand), which worked great. The tortas seem to be a little flakier than the batch with active dry yeast. I baked this batch at 425°F instead of 450°F, and they came out perfectly in 6 1/2 minutes.

So beautiful and so delicious! I love these spread with goat cheese for breakfast

I was sure I wouldn't like making these Spanish olive oil tortas. I'm not a happy cookie baker or happy to do anything fiddly. And these were fiddly. But they were worth it.

The dough was way too wet to work into a "lovely smooth dough" with just 1 1/2 cups flour. I used Italian Tio 00. Even with almost 1/2 cup more added, it was a very soft, sticky dough. I gave up on the rolling pin and used my floured fingers to shape the 4 inch circles, which worked fine. .