If you cook a lot of chicken, this pan-seared chicken breast recipe is life-altering. It’s cheap. It’s easy. It’s fast. It’s failproof. And wow! (We said “wow” because that’s what we say when too many words are jangling about in our minds at the same time and they can’t all come through on the keyboard to the page at the same time.) All that’s left to do is sit down and accept accolades. Best pan seared chicken breast ev-ah. Oh, and you’ll either have to sweet talk your butcher into doing a little knife work or do it yourself. (If you’re wondering why on earth you have to remove the bone, it’s because this allows the entire surface of the meat to lie flat and even against the pan—a must for perfectly crisp skin.) We instruct you how to do it below.–Renee Schettler Rossi 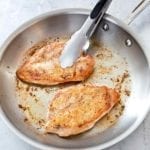 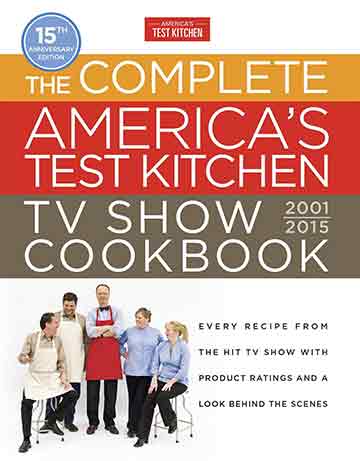 At least 1 hour before cooking

I honestly didn’t think that it was feasible to achieve pan-seared chicken breast magnificence with so little spatter on the stovetop. But I stand corrected. Everything in this recipe was accurate—the typical size of a bone-in, skin-on chicken breast; the directions describing how to debone the chicken breast; the visual cues as to what to expect during searing; the timing; and, most importantly, the promise of “shatteringly crisp skin” and remarkably tender, juicy chicken breast meat.

I’ve made this on several occasions and, when time is short, I skip the salting-and-shoving-the-chicken-in-the-fridge step, and the results are still nothing short of incredible. This recipe is going to change your weeknight chicken game. Swear.