This four cheese macaroni and cheese is made with a creamy béchamel sauce, penne pasta, fontina, Gorgonzola, pecorino Romano, and Parmesan cheeses, and finished with a crispy panko topping.

This four cheese  macaroni and cheese makes us think of that quote about how too much of a good thing can be wonderful. Indeed. But, as the authors of this recipe explain, “sometimes we want a more adult version. Enter the classic Italian iteration of macaroni and cheese, pasta ai quattro formaggi, or four cheese macaroni and cheese.” It’s a simple yet luxuriant cream sauce, properly cooked pasta, and a crisp bread-crumb topping. Satiating yet not overly rich.–Renee Schettler Rossi 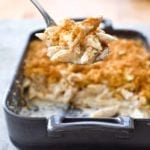 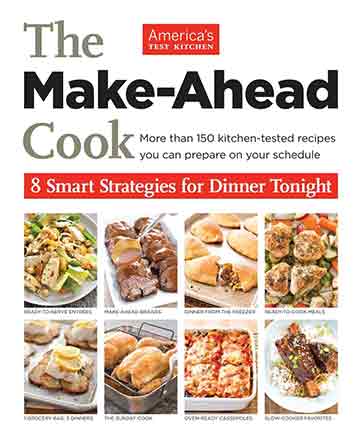 For the macaroni and cheese

Make the macaroni and cheese

Finally, a mac and cheese recipe that worked for me. I’ve not had much success making macaroni and cheese and I’ve tried so many times. It either curdles or it’s too soupy or it has no taste or there has always been something…until now! Wow! This is a great recipe!

I melted the butter in the oven and added the panko crumbs. I baked it at 350°F for about 3 minutes and then stirred it. I baked it another 3 minutes, stirred again, and the panko was just beginning to brown. After 8 minutes, the crumbs were nice and crisp and beautifully browned. The pasta cooked until it was just under al dente. The butter melted in the warm pasta pot, and I added the flour and cooked the roux for about 4 minutes until it finally browned to a golden color. It’s important to add the evaporated milk slowly as it will spit and sputter at you. In went the cream, salt, and pepper. The combination of cheeses was added off the heat and it became a lovely, silky, smooth sauce.

It cooled for 30 minutes, and then I added the pasta and half the pasta water and mixed it thoroughly. I didn’t add all the water at once as I wanted to see how soupy it was going to be. It was liquidy, but I added the rest of the pasta water since it was going to be refrigerated for the next 6 hours or so. The pasta absorbed some of the liquid while in the fridge, but it was still loose. It sat out for about an hour before I put it in the 300°F oven. Dang, it was rich and creamy and gooey and full of down right tasty goodness. The cheeses had great flavor. I was a little concerned about the Gorgonzola being too strong, but it wasn’t at all.

The blend of flavors was perfect. I think the star ingredient— besides the cheeses, of course—was the evaporated milk. I’ve never seen it used in other mac and cheese recipes, so it must have been the secret to my success! I’m a believer. This four cheese macaroni and cheese serves a lot! Four of us ate and ate as much as we could. It wasn’t the only food on the plate, but still, it could easily feed 8 or more people. I sent a quart container home with my guests, and there was still a lot left over. I ate it for 2 days then decided to put it in the freezer. It was too good to toss. And it kept getting better and better! It’s a definite keeper and a great make-ahead meal.

As the description states, who doesn’t like mac and cheese, right? I have to say, I have made baked mac and cheese before, but never with this combination of cheeses or the use of evaporated milk. All I have to say is it is great. This four cheese macaroni and cheese would be a conversation stopper at any potluck party. I followed the recipe as directed and did not have to change anything. I used the microwave to melt the butter, mixed it with the bread crumbs on the baking sheet, and put them in the oven until toasted and golden. I let it cool while I continued with the rest of the recipe.

I went ahead and used that last remaining bit of butter to grease the dish. So far so good. Then a panic attack—the pasta is cooked and drained and waiting as the cheese sauce is being put together. It looked like I had made pasta soup. I proceeded with the recipe, thinking there needs to be more flour to thicken it, but once it was in the baking dish, I thought, oh well. I found that it had thickened after 30 minutes. All looked good. I topped it with the bread-crumb mixture and baked it an additional 10 minutes. After the initial “oh no,” it turned out great. I made the whole recipe for just the 2 of us but we took the rest to work to share, and everyone said it was great.

Gonna have a bit more tonight. I made this using Barilla gluten-free pasta to meet others’ needs and could not tell the difference. Have a go at this one with the specified blend of cheese—its a definite winner. The cheeses blend together perfectly, and the fact that the macaroni and cheese can be prepared over the course of 2 days makes it a special weeknight treat. Bon appétit.