Earthy flavors combine with slightly sweet brioche bread to create this beautiful brioche and wild mushroom stuffing. One could certainly experiment with other breads—raisin or nut varieties could work well. Homemade challah would also be an excellent choice.–Karen Mordechai

Technically, this easy yet elegant wild mushroom “stuffing” recipe should be called “dressing” since it’s made in a baking dish rather than stuffed inside the hen. That said, you could just cram the wild mushroom and bread concoction inside your hen, although then you’ve got to fuss with taking the temperature of the stuffing until it surpasses the point where proliferation of potential pathogens dripping from the raw bird occur since making guests sick is the last thing you need to be worrying about come Thanksgiving. And you’ll lack the crisp, golden crust that forms so perfectly atop the stuffing, er, dressing when you uncover it for the final minutes of baking. So do as you wish but we know which approach we embrace come turkey day. 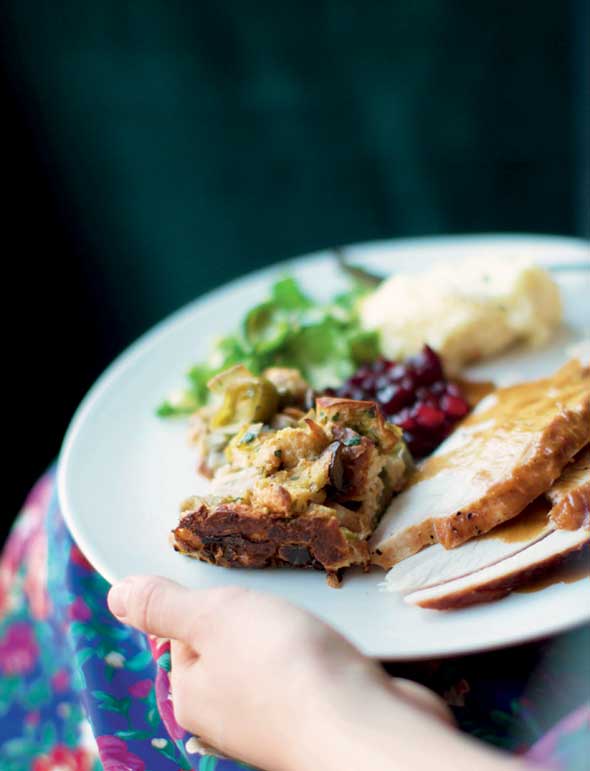 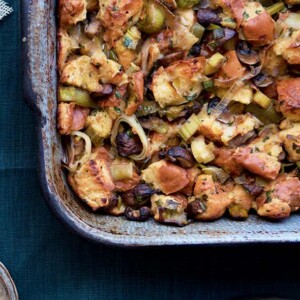 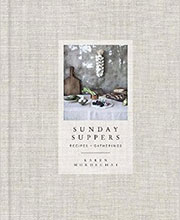 This wild mushroom stuffing recipe is phenomenal and I am so pleased with the final result. The stuffing is savory and decadent and has all the flavors I love—and it’s a nice change from traditional flavored stuffing. I had fun with this recipe and deviated a little from the cooking instructions with fantastic results. I used challah and 2 medium leeks and 2 shallots and got all of that wonderful oniony flavor. I used a large 12-inch cast iron skillet to sauté my veggies and after I was done mixing all the ingredients in a large bowl I plopped the stuffing back into the cast iron skillet, covered it with foil, and in the oven it went. I will be making this again as my family gave this a 10.

You’ll have several pots and bowls to wash at the end of making this wild mushroom stuffing, but it’s worth the effort. This stuffing, or actually dressing, could be served with turkey, chicken, even beef. It’s also an excellent accompaniment to pork, which is how I decided to serve it. Be sure to season the vegetable mixture very well, tasting it after it cooks for awhile and adjusting the seasoning to your taste. I used challah instead of brioche, which worked well. I added the full cup of stock to the mixture before I baked it. The dressing was perfectly moist, even after baking.

This wild mushroom stuffing was a hit. We liked the flavor and we liked the way it looked. It made the house smell great. I would add more cheese simply because we like cheese. I would use the minimal amount of stock if I were putting this wild mushroom dressing into the bird and go for a smaller cut of mushroom.