Ancho fish tacos are rubbed with spices and grilled rather than battered and fried. Then they’re tucked inside corn tortillas and smothered with a creamy slaw. So easy. So healthy. So something we want to make again and again and again.

These ancho fish tacos just earned their way into our regular taco night rotation. Spice-rubbed fish is grilled and tucked into warm tortillas along with tangy slaw. Then the whole shebang is slathered with spicy chipotle mayo. Definitely not your ordinary fish tacos.–Angie Zoobkoff 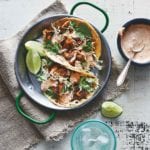 Ancho fish tacos are rubbed with spices and grilled rather than battered and fried. Then they’re tucked inside corn tortillas and smothered with a creamy slaw. So easy. So healthy. So something we want to make again and again and again.
Southern Living Magazine
Prep 30 mins
Cook 20 mins
Total 50 mins
Entrees
American
4 servings
5 / 5 votes
Print Recipe 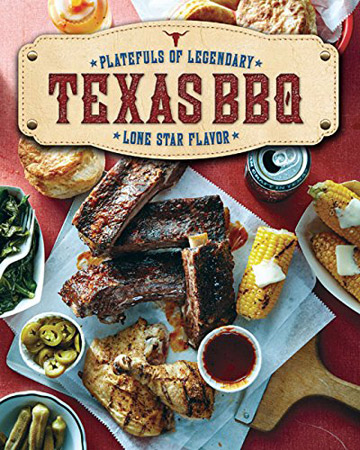 For the chipotle mayo

For the ancho fish tacos

These were some seriously awesome fish tacos! Between the spicy fish, the tangy slaw, and the creamy mayo, this made for a perfect taco…or 3. The slaw came together quickly and seasoning was perfect for my taste. I made it about 1 hour ahead of time and refrigerated it. There was just enough rub for the fish. (I used cod.) I didn’t have a grill basket but had no issues with the fish sticking on my oiled grill. I found the fish to have a pleasant level of heat to it but the mayo wasn’t really spicy at all. I’d add more chipotle in the future.

This is a fabulous dish—full of fresh, zesty flavors and a big hit with my whole family. In fact, my daughter has named it one of her absolute favorite meals! The quantities for the slaw were bang on. Despite my initial fear that there was too much vinegar to olive oil, it tasted lovely. I made it about an hour before serving, and the wait seemed to help the flavors mingle and enhanced the dish. For the tacos, I used 1-inch-thick cod fillets, which required slightly longer cooking than specified in the recipe—maybe 6 to 7 minutes per side on the grill. They did stick (despite oiling the grill first) but they didn’t fall apart and it didn’t cause too many problems other than the grill requiring a good scrub and high heat afterwards! There was enough rub for the quantity of fish specified, but the recipe only served 4 of us and we could (probably rather greedily!) have eaten more as it was so delicious. The chipotle sauce required a little seasoning and I added an extra squeeze of lime juice. The result was spicy and smoky but zesty and worked perfectly with the fish and slaw. I have friends for dinner this coming weekend and will be braving the British weather to grill outside just so I can wow my guests with these divine fish tacos!

These ancho fish tacos remind me of dinner out at a new local fish restaurant I’ve been to on the Northwest Coast. Plated, this meal looks so splendid with color—what other meal is so festive with greens and the purples? Scallions, cilantro, and cabbage. It pleases the eyes with their springlike colors. The chipotle dressing has a wonderful refreshing burst of lime with the kick of chipotle that’s not overly spicy or hot but a perfect complement to the rest of the dish. I made this a paleo dish with a large romaine leaf in place of the tortillas. My fish fillets were mahi-mahi. I added 1/2 teaspoon more salt to the slaw, but I like things a bit more on a salty side. The amount of rub for the fish came out perfectly! Timing on the grill was perfect at 5 minutes on each side. I didn’t use a grill basket, we sprayed olive oil on the grate before warming up the grill and we didn’t lose any of the fish. For the spicy chipotle mayo, once I stirred up all the ingredients, it looked chunky and I wasn’t sure I wanted the texture of chipotle seeds in the sauce, so I whirled it all in the blender and loved the smooth texture of it.

These ancho fish tacos are a fantastic summer dinner—substantial enough to be satisfying yet still light! Great flavor without being too spicy. Can’t wait to grill these fish tacos up again. My fish fillets were smaller (4 ounces versus 6 ounces) so I had to use 6 fillets to get the 24 ounces of fish needed. With the extra surface area I needed extra oil for coating the fish after patting them dry. I ground my own ancho chile from dried in my spice grinder and I skipped the seeds. It still had a bit of heat but wasn’t spicy. I would leave some of the seeds in next time. There was enough spice blend to give all fish a light coating. I think the flavor would have been better (stronger) if I had the larger cut fillets and only 4 of them as opposed to the 6 smaller cuts. The final fish was a little light on spices and salt but by no means bad! I wish the coleslaw had a bit more acid, either more vinegar or some lime juice. I grilled the fish on a wire screen so I didn’t have any issues of fish through the grill grate. I wish the mayo packed a little more chipotle punch. The tortillas were warmed on the grill. This could comfortably serve 6 people with 2 tacos a piece. Overall, these fish tacos were really good! I thought the flavor was really nice and didn’t overpower the fish but I would use a bit more spice rub next time. I added a little fresh avocado and some fruity hot sauce sprinkled on top to zippy it up a little. I will definitely be making these again!

If you like fish tacos, this ancho fish taco recipe is a winner. Perfectly balanced recipe.