This cranberry orange pecan bread, with its balance of tart and sweet, is so tempting it doesn’t even need a schmear of butter as added enticement. We’re thinking of it for breakfast on Thanksgiving morning—or any morning, for that matter.

This cranberry orange pecan bread has a subtle sweetness and slight tartness that makes it a welcome respite from whatever you’re doing any time of day, any time of year. It also makes a terrific gift, which is why the recipe makes not one but two loaves—one to gift, one to keep.–Renee Schettler Rossi

*How to bake with cranberries

We’re quite smitten with the jarring tartness that happens when you bite into a burst of cranberry in this cranberry orange bread. But don’t be tempted to leave the cranberries whole in this recipe or any quick bread or coffee cake recipe. Why? Whole cranberries tend to float to the surface rather than staying pleasingly dispersed throughout the baked good. Simply pulse the cranberries in your food processor until coarsely chopped but not mushy and then toss them in your quick bread batter. [Editor’s Note: We advise against attempting to chop fresh cranberries with a knife on a cutting board given just how maddeningly roly-poly they can be. It’s not only frustrating but dangerous.] 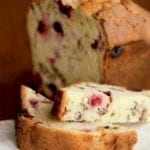 This cranberry orange pecan bread, with its balance of tart and sweet, is so tempting it doesn’t even need a schmear of butter as added enticement. We’re thinking of it for breakfast on Thanksgiving morning—or any morning, for that matter.
Prep 15 mins
Cook 1 hr 15 mins
Total 1 hr 30 mins
Breakfast
American
24 slices
234 kcal
4.95 / 20 votes
Print Recipe 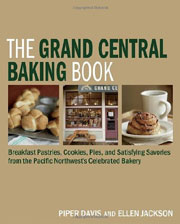 How To Make Cranberry Orange Pecan Muffins Or Mini Loaves

Polish your best silver tray. This cranberry orange pecan bread deserves royal treatment. It’s the right kind of quick bread to serve along with your holiday spread. Morning, noon, or night, this bread is for any hour of the day when you just want to spoil yourself or your guests. Citrus scents and tart cranberries make this loaf a joy to eat.

You can make it in short order, and it’ll keep moist for days, or you can freeze it for later. Just be sure to pick up extra bags of fresh cranberries in the fall and freeze them. One loaf won’t be enough because your silver tray won’t stay full for long.

It’s beginning to look, taste, and smell a lot like Christmas. That’s how we feel every holiday season when I’m making this flavorful, extremely moist bread. I have been making this recipe for years.

It makes 2 loaves of bread, which ordinarily I would be hesitant about. Two loaves of bread for two people. Here it’s not at all a problem. Actually, it’s a necessity. One loaf we eat fairly quickly after I make it. I slice the other loaf of bread, wrap each slice separately, freeze each one, and then vacuum-seal the slices once they are frozen in one of those heavy bags made for such a purpose. All through the year, when we want to feel festive, or just have a special treat, we defrost a slice or two, and it’s Christmas morning all over again.

And, if the slices don’t make it till the next Christmas, I just make more bread. That’s enough of a reason to freeze a bag or two of fresh cranberries when they are available. Just don’t defrost them before using.

I use 1/4 cup of tangerine juice for this recipe because that’s what we tend to have in the refrigerator.

I slice the cranberries by hand. I hold each cranberry between my thumb and index finger with my left hand, and then cut each cranberry in half diagonally with a sharp knife with my right hand. This works very well, goes very quickly, and my pieces have some substance.

It’s so nice when everything in a recipe works as expected and what you see is what you get…and what you get here is a remarkably moist quick bread (thanks to eggs, buttermilk, and olive oil), scented with orange and flecked with chunks of cranberry and pecans. I recommend making this recipe the day before, because the flavor is at its peak when it’s had some time to rest after baking.

For me, the batter made one 9-by-5-inch loaf and seven 4.5-by-2.5-inch mini-loaves, which I distributed throughout the neighborhood. The mini-loaves are adorable and great for gifting, but I imagine they’d make fantastic muffins as well. I’d offer to report back how the texture was after several days, but I already know it won’t last that long.

I recommend rubbing the zest into the sugar and letting it sit while you do the rest of your prep work. The sugar really helps draw the oils out of the zest, giving the sugar a light orange tint and really releasing the orange fragrance. This ensures the orange is evenly spread throughout your bread.

The mini loaves took 30 minutes (i turned the convection on the last 5 minutes to help color the top, which was a little pale at 25 minutes).