These honey teriyaki ribs are rubbed with five spice powder and brown sugar, smoked low and slow until tender, and then slathered with a sweet honey teriyaki glaze. The most sweetly irresistible ribs we’ve tried. See for yourself. 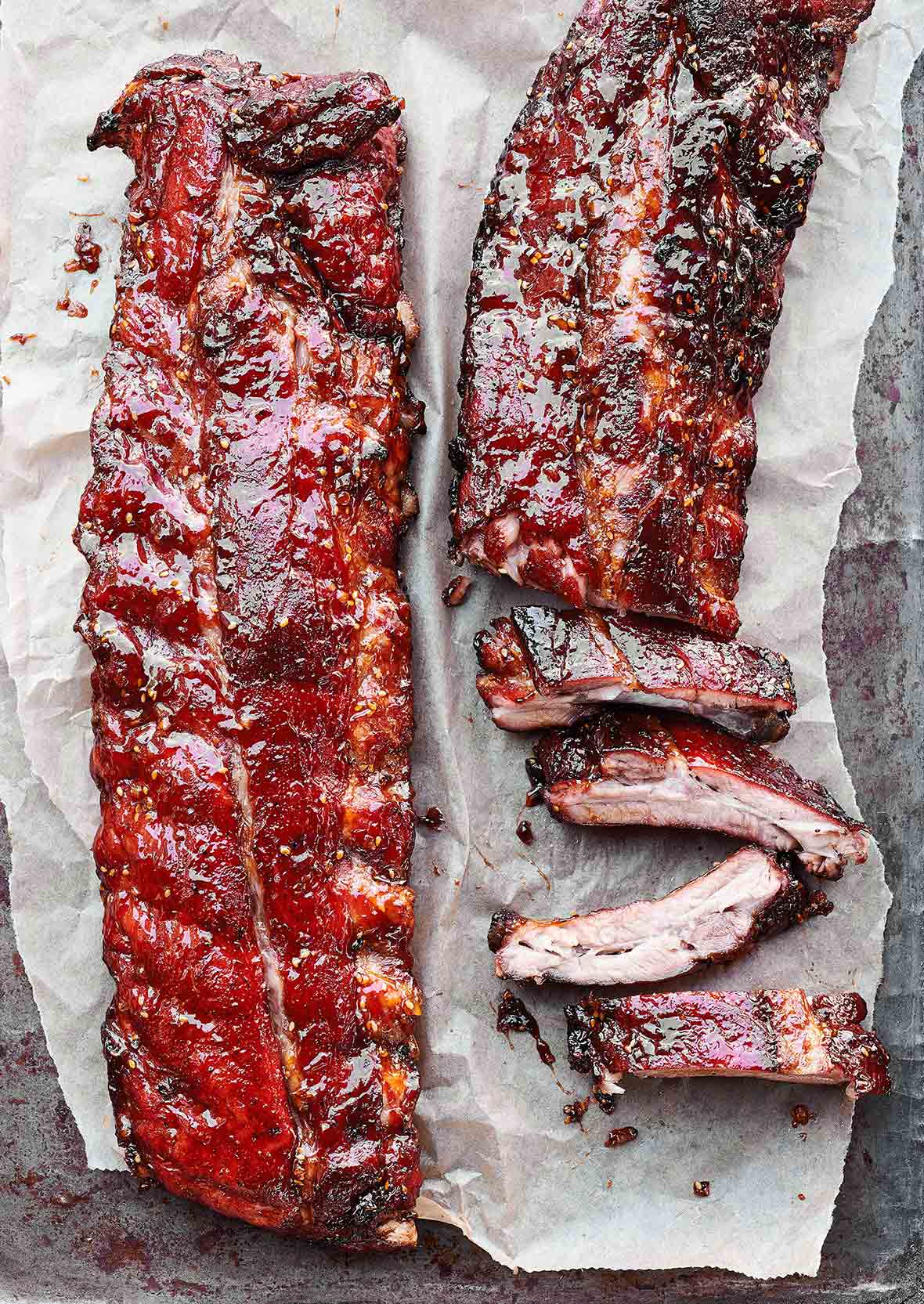 Soak the chips for the smoker

Fill a medium bowl with water and toss in the wood chips. Let soak for 30 minutes.

In a small bowl combine all the ingredients.

Remove the membrane from the racks by using a dull knife and sliding the tip under the membrane that covers the back of each rib rack. Holding a paper towel in your hand, grip the membrane at one end of the slab of ribs and tug. It usually pulls right off.

Season the racks with about 1 1/2 tablespoons rub per rack, being sure to put more of it on the meaty side of each rack and less on the bone side.

In a skillet over medium heat, warm the oil. Add the ginger, garlic, and sesame seeds and cook, stirring often, until fragrant and softened, 2 to 3 minutes.

Add the honey, soy sauce, vinegar, and chili-garlic sauce, bring to a simmer, and cook, stirring occasionally, for 2 minutes.

Increase the heat to medium-high and bring the mixture to a boil.

☞ Tester tip: To avoid charred ribs, keep the racks over indirect heat the entire time. Don’t be tempted to hurry things by sneaking them to the direct side. You’ll thank us later.

During the last 20 to 25 minutes of grilling, generously baste the racks with the reserved glaze every 5 to 10 minutes.

Remove the racks from the grill and let rest for 5 to 10 minutes. Slice the racks between the bones. Pile the individual ribs on a platter and pass the remaining glaze on the side. 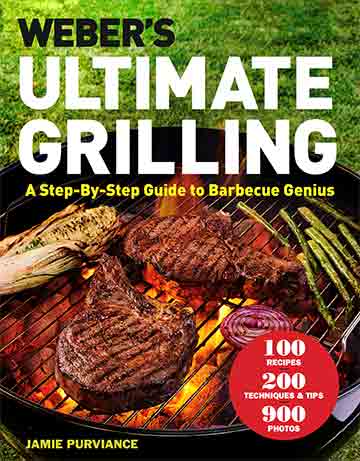 We liked these ribs so much the first weekend we had them, I made them again 5 days later.

Initially, I made them on our gas grill. The temperatures and timing were accurate. The ribs were mahogany and succulent after the glaze was applied. It was hard to even wait until everything got onto the table before diving in. Truth be told, there were a couple of ribs that disappeared before that even happened. Hmmm. Wonder how that’s possible?

I wanted to have more of these ribs as soon as possible. I also wanted to see how they would turn out inside in the oven. Would something be missing? The answer to that is “no.” They were every bit as delicious as the ribs cooked outside. This is nice to know for those times when cooking outside isn’t a possibility.

I love a good, sweet, sticky glaze on ribs and that’s exactly what you get with this recipe. What makes it even better is a kiss of smoke that doesn't overpower the flavor of the meat. Utilizing a gas grill, or in my case an electric smoker, allows for quicker cooking and less smoke than a wood-burning smoker. Sometimes less can be a good thing.

I only wanted to cook 1 rack of ribs and I was able to break the recipe down in to a third with no problem. The rub comes out to just a little over 1 1/2 tablespoons per rack which doesn't seem like much but it’s enough. I would recommend after making the rub that you divide it evenly before applying so you don't run out.

I cooked the rack in my electric smoker that has a built-in wood chip burner. My rack took 2 1/2 hours at 275°F.

While the ribs were cooking, I made the glaze. It came together in minutes. I glazed both sides about every 45 minutes during cooking then one more time just before serving. I got about a half cup of glaze and I used most of it. I thought I would want more for dipping but it coated the ribs so well dipping wasn't necessary. The ribs are fairly sweet but I served them with a jalapeno coleslaw that brought enough heat to balance out the sweetness.

The recipe calls for reduced-sodium soy sauce and I highly recommend that. My rack weighed almost 3 pounds and the salt in the rub, plus the salt from the soy sauce was more than enough for me.

They were not fall off the bone tender, but bite through tender.

It took about 2 minutes to cook the ginger and garlic (I didn't use the sesame seeds).

I did not soak the wood chips.

I think the glaze was a little on the sweet side but I liked it. Next time I make this I’ll increase the rice vinegar to 3 tablespoons and the Sriracha to 1 1/2 tablespoons.

Back to Honey Teriyaki Ribs on Leite's Culinaria