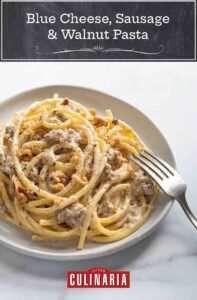 This blue cheese, sausage, and walnut pasta is so creamy and indulgent it feels worthy of a special occasion but is completely doable on a weeknight.

This pasta dish is one of those true pantry meals. I was rooting around the kitchen one weeknight for something to make. I was hangry and not in the mood for lots of peeling, cutting, dicing, and stirring. I wanted to eat RIGHT then and there. When that happens, I usually put a pot of water on the stove and crank up the heat and figure things out from there.

Pasta is a given. Roquefort always lurks in the fridge because The One is a huge blue cheese aficionado. So two ingredients down. We had sweet Italian sausage in the fridge, so a swirly-twirly in the microwave on “defrost” took care of that. And, well, walnuts? Who doesn’t have them on hand?

I confess, the first time I made this, I reached for heavy cream instead of half-and-half because, well, honestly, do I even have to say?!–David Leite

What type of blue cheese should I use?

There are essentially two types of eaters in the world: Those who adore blue cheese, and can’t have it pungent enough, and everyone else. It may sound sort of obvious, but keep your blue cheese preference level in mind as you select cheese at the store (or pull it from your cheese drawer in the fridge) because while this recipe is magnificent, it will not magically alter your blue cheese threshold.

Crumbly blue cheeses, including Roquefort and Stilton and Cabrales and Cambozola, are more robustly flavored and pungent. Creamy young blue cheeses tend to be milder. Even those who swear they can’t stand it tend to swoon to recipes made with young blues such as gorgonzola dolce. And those that fall more in the middle spectrum include blues such as Maytag blue (made in Iowa) and gorgonzola (not dolce) and Valdeon.

Can you make this ahead of time?

Like most creamy pasta, this is best served as soon as it is made. If you do have leftovers, reheat on the stovetop over low heat, adding a splash of half-and-half if needed to loosen the sauce. 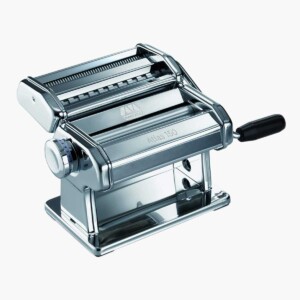 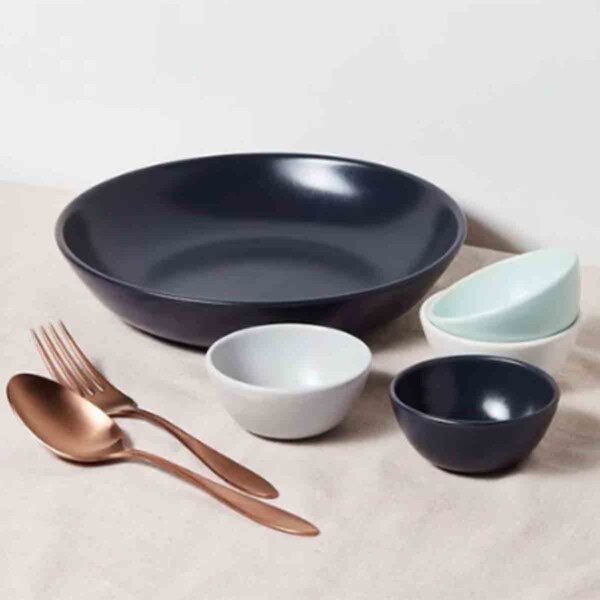 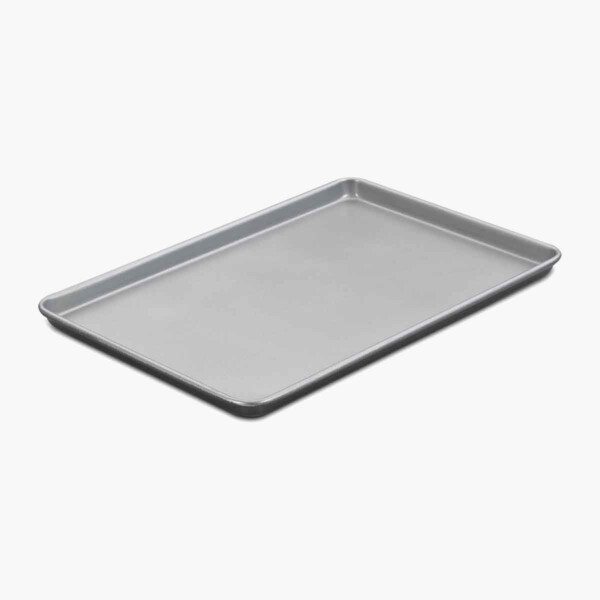 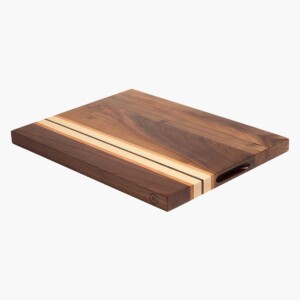 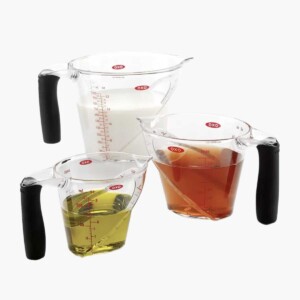 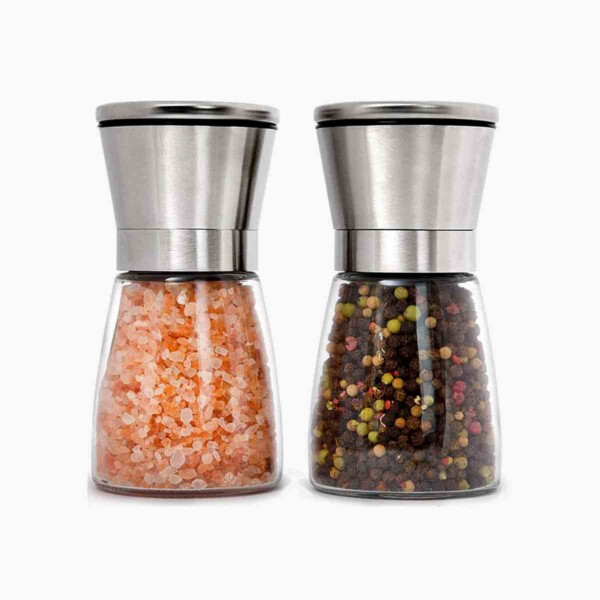 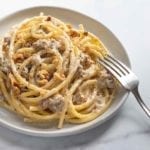 This blue cheese, sausage, and walnut pasta is rich, creamy comfort food made with walnuts, sweet Italian sausage, pasta, and blue cheese. It's an easy-peasy way to have dinner on the table when you're getting antsy for a quick yet ultra-satisfying meal.
Prep 5 mins
Cook 25 mins
Total 30 mins
Mains
American
4 servings
1339 kcal
5 / 3 votes
Print Recipe

I’m always willing to go for a recipe when it includes blue cheese—one of my favorites. This was a fast and easy recipe to make and I thought it was delicious. It was done in around 25 minutes, start to finish.

I will say that my husband isn’t a fan at all of blue cheese, so I was going to be intrigued as to whether he would like, or even eat this pasta with blue cheese. This a recipe that will go into my “make again and again” recipes. YUM.

My husband thought the blue cheese flavor was “mild,” in his words, and thought the recipe needed something else to kick it up with regard to flavor. I’m thinking if I had used salted butter and added more ground pepper to taste (I added roughly a teaspoon of fresh ground black pepper) it would have been just a little better.

I used unsalted butter since blue cheese, at least to me, has a slightly saltier taste. Instead of toasting the walnuts in a large oven, I did it on the little baking sheet in my toaster oven. It toasts a little unevenly so a couple of my walnuts I had to throw out, but I still ended up with almost a full cup.

I’m sure you could use whole milk for this recipe instead of half-and-half and be happy with the results. I did add about 1/2 cup of the pasta water to thin out the sauce a little.

The leftovers the next day were flavorful, but there was less sauce because more absorbed into the pasta. Still good leftovers.

The flavors in this creamy blue cheese pasta dish are so good and complementary—the ingredients are initially what caught my attention, and in fact right when I read the name of the recipe, I wanted to make it.

The combination of blue cheese, sausage, and walnuts is amazing. The blue cheese sauce is really creamy and rich enough to produce an amazing sauce. It was wonderful and delicious, but because it was so rich, you couldn’t eat a lot and it really needed something served alongside it to balance it.

I did add a small amount of pasta water—about 1/4 cup. The sauce thickened beautifully. The consistency of the sauce was silky and creamy and coated the pasta well. Others might not mind the richness, though. All in all, the flavors are fantastic.

I had some leftover broccoli raab in the fridge (that had been briefly blanched and sautéed in olive oil, garlic, and red pepper) and we reheated that and the leftover pasta together the next day. It was really, really, good. I think the greens cut some of the richness of the original dish. You could even drop some fresh kale or spinach into the dish, making it kind of versatile.

I used homemade fettuccine in this dish, which was delicious, however, not necessary. This blue cheese pasta sauce would have been just as good with dried pasta. Any pasta would be great with this sauce. (The second time I made this, I used bucatini, which was heftier.) And I would leave the homemade pasta to a more delicate sauce.

The flavors in the blue cheese pasta sauce were really different both times I made this. The first time I made it, I used Roquefort cheese and the flavor was bold and really nice. The second time, I used gorgonzola dolce and the flavor was very good, but as expected, not as bold. I think that even those that don’t think they like blue cheese would have enjoyed this.

We loved both, but wanted to note that the flavor really depends on the type of blue. A few recommendations would be helpful in the recipe, maybe a recommendation for a bold and mild blue. (there are a lot of blue cheeses out there!)

If I made this blue cheese pasta recipe again, for a third time, I would add even less half-and-half, but for a no-fail sauce, the half-and-half worked great.

This blue cheese, sausage, and walnut pasta is spectacularly rich and creamy, making it worthy of a special occasion yet it comes together easily in just 30 minutes. The timing in the recipe was perfect and easy to follow.

I used a mild blue cheese to appease the younger, pickier eaters at the table, but if you prefer a stronger variety, it would translate beautifully to the creamy sauce.