This chicken with teriyaki sauce is easy to make with boneless chicken thighs and a sauce so authentic you’ll swear off the bottled stuff forever.

When I was growing up, my mother often put this delicious teriyaki chicken dish in the bento boxes my sister and I brought to school. I love teriyaki sauce so much that I used to sidle up to my mother and whisper, “Put more sauce in my bento.” [Editor’s Note: This teriyaki sauce is thinner than the sort you may be accustomed to from a bottle. Just so you know what to expect. And the flavor? FAR surpasses anything you’ve experienced. From a bottle or otherwise.]

There are two ways to apply teriyaki sauce. The first is the method described in this recipe, which is to sauté the meat until tender, then add the sauce and reduce it together with the protein. The second is to reduce the sauce on its own, marinate the meat in the reduced sauce, then barbecue or broil the meat.–Rika Yukimasa

*What is sansho pepper?

Sansho pepper is the Japanese version of Szechuan pepper. It’s commonly used for yakitori and is particularly delicious here. 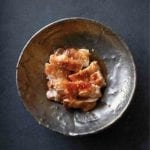 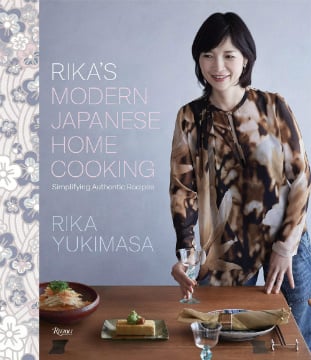 An Asian coworker invited me out for a bento box lunch. I’d never heard of such a thing but I was thrilled when the wait staff placed before me a box filled with small portions of food—chicken teriyaki, Asian salad, jasmine rice, and crispy tempura vegetables.

I’ve tried making chicken teriyaki several times at home but it never quite tasted the same as I remembered; those attempts often resulted in dry chicken over seasoned with soy sauce.

To my delight, this recipe tasted light and clean much like my first taste of chicken teriyaki years ago. I’m pleased to report as well how extremely easy it is to make. The only issue I’d had was when I flipped the chicken. The recipe doesn’t call for much oil so the trick is to follow this tip so your chicken doesn’t stick to the pan. Remove your chicken from your refrigerator about 10 minutes before you plan to cook it. Also be sure to heat your frying pan to an adequate temperature so it’s hot enough when you add your chicken. Each of these steps should prevent your chicken from sticking when you go to flip it to the other side.

I left all the luscious juices in the pan to mix with the sauce thinking it’d add a richer chicken flavor than if you removed it. It may require a few extra minutes to reduce the sauce depending on how much liquid was in the pan.

I served it with an Asian Cucumber Salad and Coconut Rice.

This is my first time preparing a teriyaki sauce from scratch and the result was spectacular!

I doubled the portion of the protein because of the size of the thighs, it was about 1 pound, 6 chicken thighs.

I just had a total of 3 portions (well, my son fixed his plate like for 2 persons).

Since I don’t eat chicken with the skin (unless it’s rotisserie), I decided to cook it skinless. I pricked it, however it came out not as tender as I’m used to having it. Next time I’m going to cook it a little bit longer although my son loved it! He said it was perfect.

I do like my sauce more liquidy than thick so I liked the consistency. I served it with steamed white rice.

Admittedly when I think of teriyaki chicken, I picture an overly sauced and sweet concoction that’s been sitting on a warming tray at the local fast-food carry out. This is not that! This is the teriyaki chicken you will want to eat over and over again.

The recipe does call for two ingredients I don’t usually have on hand, mirin and cooking sake, but they were easy enough to locate in my grocery store. The teriyaki sauce was absurdly quick and easy to put together. The same can be said for prepping the chicken thighs. If you ever had to hold a fork (hahahaha, laugh with me), you are ready to prep this chicken.

This chicken with teriyaki sauce could be a workday evening meal or save it for that Friday or Saturday night dish to help you spice up your routine. I made this recipe late Saturday evening, it didn’t take too much time, and clean up was even quicker. My family enjoyed the dish and yours can, too!

It’ll have you thinking of ways to pair it—sauteed vegetables, noodles, rice, whatever your heart desires. So far, I’ve had it with jasmine rice and a couple days later over noodles. I made the dish a second time and increased the ingredients to serve my entire family. Muscle memory made it even easier to make the second time around. The leftovers were easy to reheat and toss into a bowl of noodles.

I served this with jasmine rice. I ended up making this dish a second time and increased the ingredients for a family-style meal. There were leftovers, which reheated nicely and tasted good two days later.

This easy recipe makes a flavorful chicken that comes together in about 20 minutes. The sauce was straightforward with only four ingredients but was packed with flavor. The glaze gave the skin a bit of crispness. My family said this was definitely a “make again.”

Next time I make this, I’ll try it with a little less sugar. The sugar makes up 1/4 of the ingredients in the sauce. To make it a healthier dish, I will try cutting back some on the sugar.

To ensure that the sauce got on the chicken, I used a turkey baster to pick up the sauce and drop it on the thighs while they were cooking.

I couldn’t resist the idea of a homemade teriyaki (and am a little chagrined to admit I had no idea making the sauce would be so simple). Right now, we really are missing our regular visits to our favorite lunch spot in San Jose’s Japantown where I hardly ever stray from my bento box request with teriyaki or spicy ginger teriyaki chicken as the star.

Willing to remove the bone from skin-on chicken thighs myself, I was ready to tackle this challenge since many years ago we had ceremoniously discarded a jug of uninspired name brand teriyaki sauce that preceded my tenure in this house, never to be replaced.

This sauce gives you complete control, is not gloppy or “enhanced” with other ingredients that muddy the flavor. In fact, since I don’t even keep cooking sake on hand anymore and use reduced-sodium tamari, I also was able to control the sodium levels to my own liking (plus I got to open a nice fresh bottle of sake I also was willing to sip).

The only question I had was “are these children’s size bento lunch portions” or are we greedy? Generally for a main course, one thigh per adult seems right, and 2 of the three thighs in my package were on the smaller size. I used those and reserved the 3rd for the next day. I cross-hatch cut on the non-skin side and pricked the skin with the tip of my knife since the fork didn’t puncture the skin as readily. Cooking it skin down, under a glass lid I could see it progressing, and since I was using a heavy stainless steel skillet, I could coax the seared skin off the pan to turn by using a thin metal fish spatula. The timing was about right for searing each side, and once I added the teriyaki sauce I tried to keep it as a burbling gentle simmer. It took 10 to 11 minutes to reduce to a nice glaze, coating the top occasionally by spooning the sauce over.

I sliced each crosswise and served them with medium grain rice, picked ginger, and a cucumber salad.

We thought it was quite good. The sauce was mild, though the use of the sansho pepper was a little bit of a revelation. It resembles a mild numbing similar to Szechuan pepper, though with less heat and more of a citrusy, almost grassy tang.

I was missing the ginger note that my favourite restaurant, Minato, offers, so I prepared the remaining third thigh the next night. I made a full recipe of the teriyaki, reserving half for a tofu glaze. I added 2 tablespoons finely grated ginger (using a Microplane) to the glaze and cooked the chicken in a smaller nonstick pan. I seemed to get a crisper skin in this pan, though other than the nonstick surface, the pan has the same weight and specs as my larger stainless skillet, and the sauce approached caramelization (which you want to stop well shy of).

It still was good and I will not hesitate to do this again, any night of the week. It all is easy, quick, and helps make up for a favorite outing being off the table for now.

The recipe, as written, is very accessible, and will be kid-friendly, though if you love a little ginger kick and some heat, I would add fresh ginger and maybe add some Schichimi Tagarashi to the Sansho. The teriyaki will keep, refrigerated for several days.

I learned a bit about combining both Mirin and sake in teriyaki, and what was different about sake versus cooking sake. Like many ‘cooking’ wines, salt is added to make it undrinkable, and you need to be aware that the salt is present. I have stopped buying so-called cooking wines like sake and sherry, preferring to use decent drinkable versions and adjust salt as needed or desired. I think what has long put us off bottled teriyaki sauces (whether they are more Japanese style or American style) is the generic “gloppiness” and dull sweet levels. Once that ancient jug of (ubiquitous brand not to be named) teriyaki sauce was evicted, we never bought another, but we also had not tried to replicate it since we were so put off by the sugary versions that remind me of bad mass-market BBQ sauces. This recipe is so much clearer in flavor and can be adjusted for sweetness or salt levels desired.

This is a good recipe, it makes this a family friendly dish, and will build confidence. It’s not a total star although it is solid. Adding ginger and adjusting the pepper is a personal taste preference, and avoiding burning the sauce is important—do not take it too far. Serve with rice and veggies (cucumber salad or sunomono is easy and a cabbage slaw with a gingery miso dressing worked as well).

This chicken was delicious and elegant in its simplicity. My husband raved about it and I will be preparing this dish again.

I felt unsure of the exact process at a few steps, but it will be easier as I make it more. It never thickened quite as much as I was expecting but it was clearly reducing and getting thicker. I couldn’t really tell if it was glazing the chicken and gave it a few more minutes after it was clearly glazing the pan.

I drizzled extra sauce over the chicken once the slices were plated.

Along with the accompaniments, this made two moderate servings. We had absolutely nothing left over, which is rare.