This hummingbird cake, a Southern specialty, is an exceptionally sweet fruit and nut-speckled cake made with bananas, pineapple, pecans, and a cream cheese frosting.

This hummingbird cake, a Southern classic, is a charming stack of pineapple, bananas, and pecans aplenty. But this cake isn’t just tremendous to behold. It’s such an abundant stack of sweetness–and, actually, a stack of abundant sweetness–that skinny slivers are sufficient, which means you’ll likely have a slice or three left to look forward to the following morning. (We don’t know what transpires in your kitchen, but there’s never been a time when cake wasn’t welcome at our breakfast table.) This recipe is a riff on Southern Living’s all-time most requested recipe.–Renee Schettler Rossi 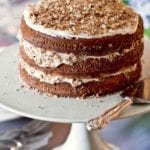 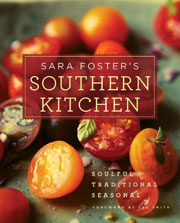 For the hummingbird cake

For the cream cheese frosting

For the hummingbird cake assembly

This cake will have you thinking outside the box. No, really, it’s just a few extra ingredients and just a smidge more time than a boxed mix. A word of caution–this is a cake for those with a serious sweet tooth. It was a little too sweet for me, but that just ensures I eat only the smallest sliver of a slice.

My great-aunt used to make the most wonderful hummingbird cake. I only got to see her once a year, and she always made this for me. This cake brings back those childhood memories of her. Plus, it tastes just as good as hers did! I did, however, substitute melted butter for the oil. This is also good if you use a whipped topping with some extra crushed pineapple folded in, instead of the icing (we are not big icing eaters in our house).

This Hummingbird Cake is moist and has a wonderful banana bread aroma. My testers loved it, even the one that never eats dessert (or so he says). One family member was caught eating two pieces in the same evening.

I made this cake using three 8-inch cake pans, which made for a very tall cake, even after cutting the tops off to even the surface. A tip I received many years ago from a local baker is to spin the pans on the counter before baking. This will cause the batter to spread out more evenly in the pan, so the cake will not have a dome in the center and you will not need to cut as much off to level the cake. That said, next time I make this cake I will use 9-inch pans to make the resulting stack a bit shorter.

I found that the frosting was sweet enough for our taste with just about 2 1/2 cups of sugar. That is why my one tester said he loved it: because it wasn’t overly sweet. When frosting the cake, make sure that the layers are completely cooled before you frost. If the cakes are too warm, the frosting will melt or become too loose and the layers will slide right off. It holds up well if kept in the refrigerator for at least four to five days. Just make sure you take it out an hour or so before serving–if your family can wait that long to eat it.

I used 8-inch cake pans and the cake was really tall, really thick, and a towering beautiful sight. The cake was moist. I have only one reservation–I think that this is too much cake. You’d have to be having a party to make this cake. While this cake did get positive reviews from the family and extended family, it was just too much. One very thin slice was too much for one person and was precarious to cut. By the way, I toasted the pecans both for the inside and outside of the cake because it just brings out more flavor.

Hummingbird cake is one of those recipes I’ve read over and over and told myself I’d like to try someday, but just never got to it. This time, I’m really glad I did. The recipe couldn’t have been simpler, from the list of very ordinary ingredients to the fact that I only had to break out the mixer for the frosting.

The hard part was timing the need for the cake with the ripe bananas. Ripe bananas are an absolute necessity, as are freshly ground nutmeg and good quality vanilla. All three contribute significantly to the flavor, especially the nutmeg, which added that indefinable something special that my tasters really appreciated.

This is not a skimpy recipe. I made two dozen cupcakes and an 8-inch square cake. The frosting recipe is generous as well, as it frosted all those cupcakes and the cake, and there was plenty left for dipping graham crackers into (don’t tell me you don’t do that).

The two most popular comments from my tasters were, “That cupcake was incredibly moist,” and “It was delicious without being too sweet”. I give credit for that to the abundance of cream cheese in the frosting recipe. Two people even said it was the best cupcake they’d ever tasted, and considering how many times I’ve baked for them, that’s saying something. Only two people turned down the offer of cupcakes—one who hates bananas and one who hates nuts. Sad.

I did think the baking time was off. The recipe called for baking three 8- to 9-inch layers for 25 to 30 minutes. I baked the cupcakes at least 25 minutes, and the 8-inch square cake around 35 minutes in a different oven, so I think three layer cake pans will take at least 35 minutes, if not longer. The time span between not-quite-done and almost-too-far-gone is pretty tight, so the cakes bear watching closely for the last five minutes or so.

I left the bourbon out of the frosting, and I doubt anyone missed it. I don’t think it was necessary at all. The frosting piped wonderfully, as cream cheese frosting does, which just added to the fun of the cupcakes.

I will definitely make this cake again. I baked it the night before I served it, and it stayed perfectly moist, so that makes working cake-baking into the schedule much easier. I think the cake will probably freeze unfrosted pretty well, so I might try that next time.