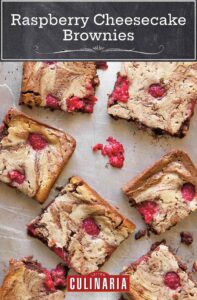 This raspberry cheesecake brownies recipe is an inspired and swoon-worthy collision of creamy cheesecake and cakey brownie and sweetly tart raspberries. You simply gotta taste it for yourself. And then share it with everyone you know. 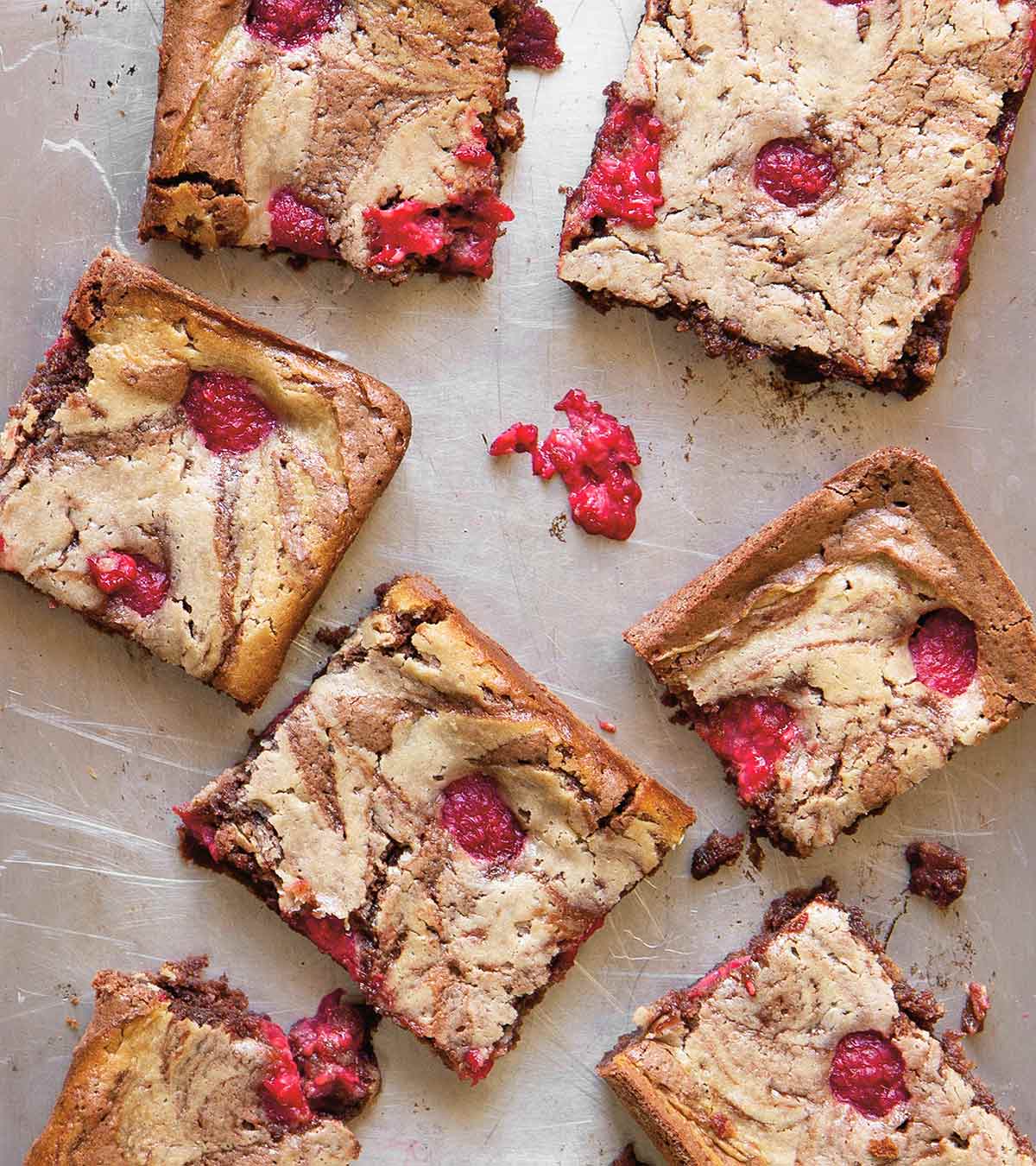 These raspberry cheesecake brownies are where cakey chocolate brownies and sigh-inducingly creamy cheesecake collide. [Editor’s Note: Just to repeat ourselves, they’re more cakey than fudgy. Not that there’s anything wrong with that. Just saying, most folks like to know in advance what to expect so they can properly satiate their chocolate craving.] You don’t want to skimp on the fresh raspberries. As one of our testers commented, “When you get a raspberry, <ZING!> You hit the mother lode of flavor and the recipe comes alive with a slight overload of tart.” We couldn’t have said it any better.–Renee Schettler 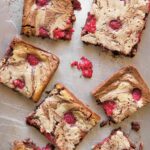 Brownies are one of those incredibly easy things to make with little planning or forethought. They were the first thing I learned how to bake as a kid. Here, though, I've given the standard brownie an update by adding a raspberry-infused cream cheese layer and studded the whole thing with tangy, scarlet berries.
Joy Wilson
Prep 25 mins
Cook 35 mins
Total 1 hr
Dessert
American
9 to 16 brownies
332 kcal
5 / 4 votes
Print Recipe 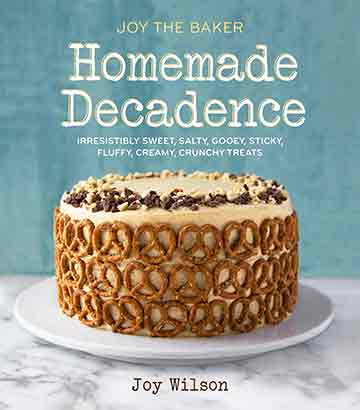 For the chocolate brownie layer

For the cream cheese layer

*Can I substitute frozen raspberries?

Unfortunately, this isn't one of those instances where frozen berries are going to work. They have too much moisture and the texture won't the same. If you just can't wait to make these—and we don't blame you—you can add an extra tablespoon of raspberry jam. You'll still get the flavor without the puddles that would be left by frozen berries.

This is relatively straightforward as written, but I seemed to have more than a few dollops' worth of cream cheese. I ended up with a pretty solid layer of cheesecake that didn't swirl very much, but it still tasted fine! Next time, I might add a little more jam to up the berry flavor, as my fresh berries were pretty lackluster.

Definitely a winning combination, but don't look for fudgy brownies. This produces moist, cakey brownies, and they are most definitely better 24 hours after coming out of the oven, when all the flavors have melded together.

Everything was easy to assemble and perfectly written in terms of timing. I microwaved the chocolate and the butter for less than 2 minutes, starting with 1 minute and 30-second increments.

I let them cool for about 2 hours. They definitely tasted better the next day, especially when served with vanilla ice cream.