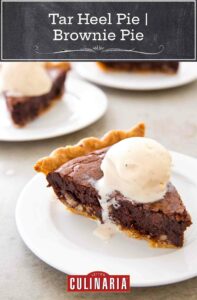 Brownie pie is known in some parts as tar heel pie. Whatever you care to call the recipe, it’s essentially a rich, gooey, chocolate fudge pie made from scratch. Store-bought just can’t compete. 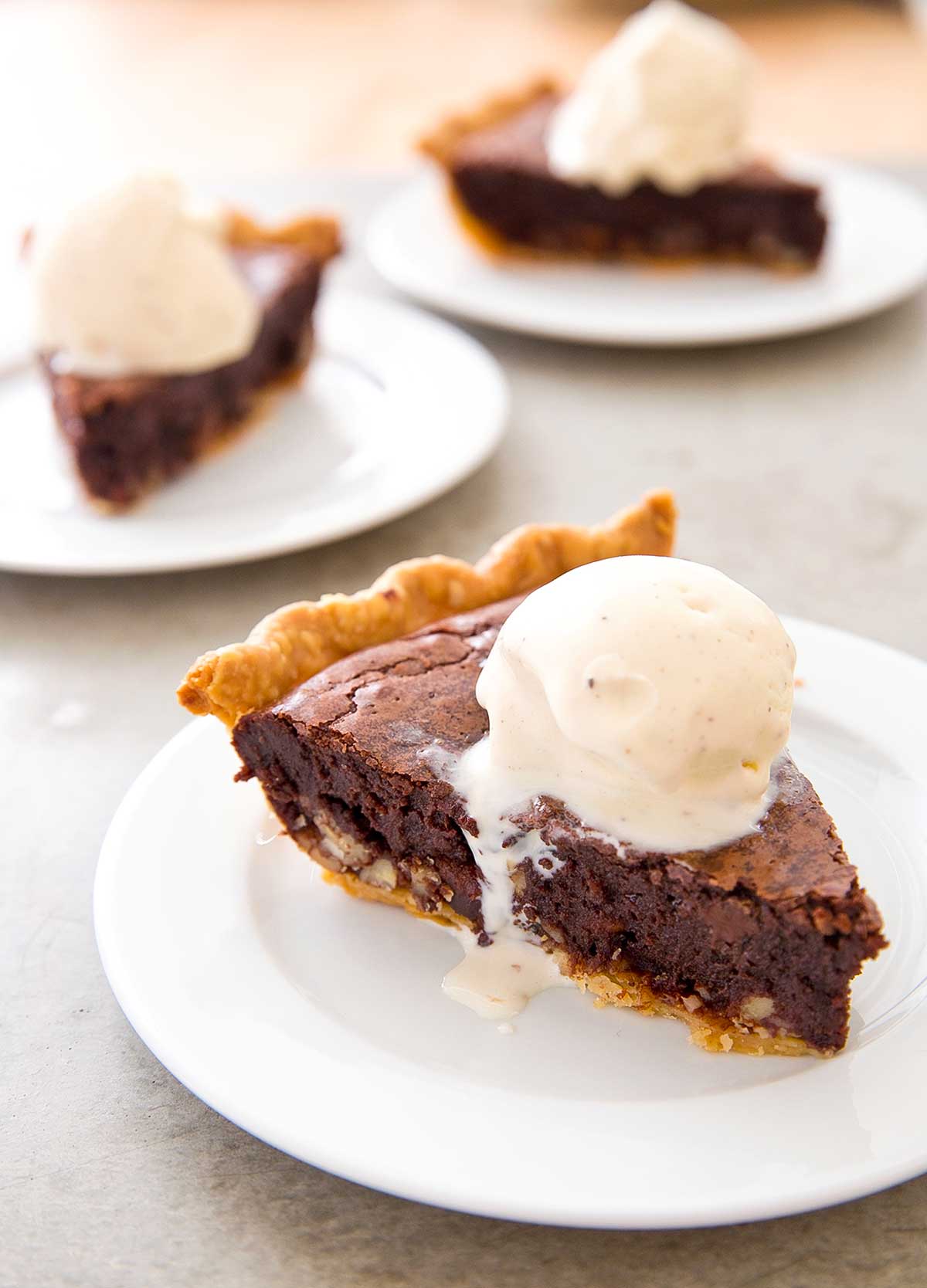 This chocolate brownie pie, known in some parts as tar heel pie, seems to have been created expressly for folks who crave chocolate brownies so impossibly fudgy they’re simply too gooey to consume out of hand. Hence this pie, intended to be daintily attacked with a fork. No complaints here.–Renee Schettler

WHY IS IT CALLED A TAR HEEL PIE?

Good question. North Carolina, which claims ownership of the Tar Heel pie, is known as the Tar Heel State. Legend has it that the name came from North Carolina’s tar and pitch production because of its immense pine forests. At one time, it was used with a negative connotation for a lowly tradesperson but, since the Civil War, it’s been recalled as an expression of state pride. The rich brownie filling is reminiscent of the state’s namesake resource. Brownie filling makes a better pie, for sure. 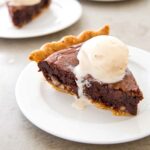 Although this pie took quite a long time to complete, it was absolutely worth the wait. It was easy to make with little hands-on time and lots of "rests" to make the crust lovely and flaky. Combined with the barely gooey fudge and crunchy pecans, this was phenomenal.

I used only 3 tablespoons of ice water, and the dough was quite moist (more so than I'm used to with a crust). However, after resting in the fridge, it was a soft but not wet consistency and rolled out without any issues. Baking the crust took 18 minutes with the pie weights, plus an additional 5 minutes once they were removed. I baked the filled pie for a good 32 minutes, and the toothpick inserted did have just a thin film of batter on it as indicated in the recipe.

Easy to make, wonderful to eat. Will be doing this one again!

This is one super fudgy pie. I used a store-bought crust (the one with the fat doughboy) and picked up the directions from baking the crust.

The other ingredients mixed together nicely, and I poured the mixture over the toasted nuts. Baking time was about 32 minutes. This pie fits the opening description perfectly. It's super rich and fudgy, and you'll only need a very small slice. Serving this with the suggested ice cream would be perfect! This would also be great in tiny tart shells since a very small slice is the perfect amount of rich, fudgy goodness. Next time I make this, I'll make mini muffin tin versions with a small piece of pie crust.