The French 75 cocktail has made drinkers swoon for more than a century thanks to its easy elegance and subtly sweet effervescence. If you haven’t tried this drink, you really ought to remedy that. Here’s how to make it.

The French 75 cocktail has been popular for more than a century, and for good reason. It’s a sophisticated cocktail that makes an elegant aperitif given the subtle intensity of Cognac, the sweetly tart lilt of lemon simple syrup, and the effusive effervescence of Champagne splashed in at the end.–Ina Garten

HOW DID THE CLASSIC FRENCH 75 GET ITS NAME?

One version of the tale behind the French 75 cocktail has us believe that back during World War 1, the French and American troops celebrated victories with Champagne and Cognac mixed with lemon and sugar. As the story goes, the French 75 was named after the 75 mm gun relied upon by French forces. The gun was known for its accuracy and its swiftness, and being knocked down by a bullet from it was about like the kick felt when imbibing this cocktail.

Years later, gin became an able substitute for the Cognac, although neither version is better per se. Nor is there a proper or precise proportion of booze to Champagne, seeing as it seems to vary with each bartender who shakes this cocktail. So make it. Taste it. Tweak it if you want. Make it your own. It’s the effusive and inebriating spirit behind this inspired mingling of ingredients that makes the cocktail a classic, not the precise amount of this or that. Kindly note that pacifists may wish to abstain given the cocktail’s rather rowdy rumored past. 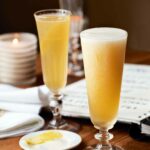 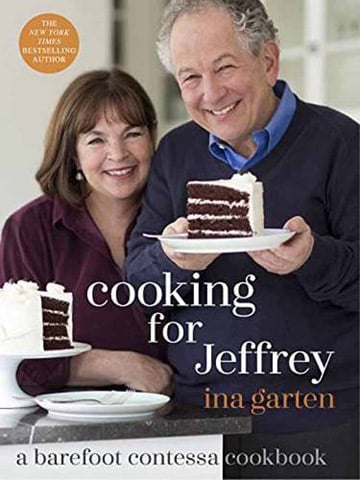 Ooh la la! Delish. We always have a bottle of Champagne chilling in the fridge—ready for any celebratory occasion or for making sparkly sweet lemony cocktails such as this French 75 cocktail, which is a lovely addition to one’s Champagne cocktail repertoire.

I had to squeeze 2 1/2 lemons to get the 1/3 cup required. My cocktail shaker couldn’t fit all 2 cups of ice, so I filled as much as possible, leaving just enough room for shaking. I used a timer to make sure I shook for 30 seconds and since the recipe produced quite a bit of mixture, I just put the shaker in the fridge to keep cold until we were ready for refills.

And refill we did…again and again and again. We actually preferred the cocktail with less syrup mixture and more Champagne at more of a 1:1 ratio, but that’s the beauty of cocktails. And this cocktail especially you can adjust to taste.

This is a delicious recipe for a classic cocktail. It’s a good one to have in your repertoire since there aren’t many Champagne cocktail besides mimosas. It’s quick and easy to make. The lemon gives the drink some bite while the cognac gives smoothness.

I think I can take or leave the simple syrup. The cocktail isn’t too sweet but I do prefer mine a little on the dry side.

I adore classic cocktails like this one that focus on a few quality ingredients that, when combined, transform cocktail hour into something that much more special. Some of my favorites are a dry martini, Negroni, Sazerac, and of course, the French 75. These drinks are classics for a reason—they have history behind them and, well, they just taste good.

I was interested in this version of a French 75 that combines bubbly with simple syrup, lemon juice, and Cognac. ( I actually used a nice brandy here instead of Cognac, just because that is what ye olde liquor cabinet dictated). The French 75 recipe I am used to swaps in gin for the cognac, but when I researched a classic French 75 online, either one is welcomed in this classic. The use of Cognac instead of gin really makes this version more of a cold weather French 75; the richness of the Cognac/brandy has a warming taste that is perfect for this time of year. In fact, this version is reminiscent of a Sidecar to me, which is another great drink to try.

In terms of the recipe itself, to get 1/3 cup lemon juice I actually had to use 4 lemons, but it all depends on the size and juiciness of your citrus fruits. I had enough of the cognac/simple syrup mixture for 6 drinks total, and a touch more champagne leftover after that. (I think because you are filling each glass 2/3 full of the mixture and just topping off the final 1/3 with champagne, that is where the tad extra champagne comes into play…) I served these pre-dinner drinks with some smoked almonds and ricotta-stuffed dried dates. But I think any small snack would work.

Anyone who knows me is aware of my fondness for prosecco, and hence for me to really muddle up a bubbly and give it a TC is a difficult one. However it was not the case with this cocktail. It had the right amount of sweetness and sourness and the flavor of the Cognac did come through nicely without being in your face. Don’t get me wrong. One sip will give you a good buzz. But it’s a pleasant one and I think I will keep this recipe in my back pocket and bring it out every now and then.

I used a bottle of Piper Heidesieck champagne chilled.

This is a delicious recipe for a classic cocktail. It’s a good one to have in your repertoire since there aren’t many Champagne cocktails besides mimosas. It’s quick and easy to make. The lemon gives the drink some bite while the Cognac lends it smoothness.

I think I can take or leave the simple syrup. The cocktail isn’t too sweet but I do prefer mine a little on the dry side.