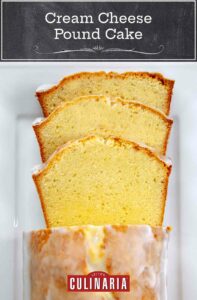 This cream cheese pound cake is everything you can imagine: delicious with a dense, tight, moist crumb and a puckery lemon glaze that’s the perfect foil to all that richness. 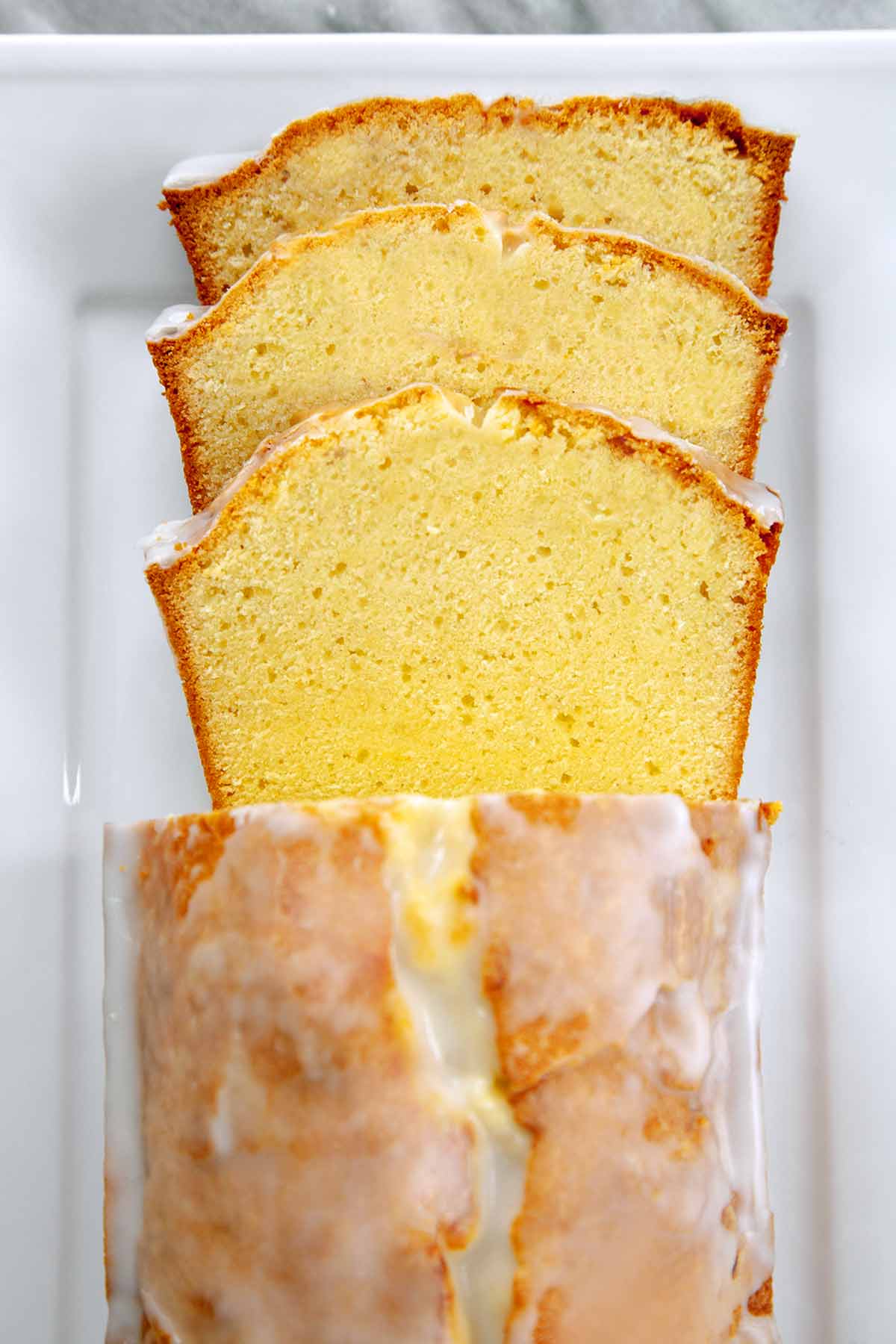 Cream cheese pound cake. Have there ever been four more wonderful words? The cream cheese brings a certain loveliness to the crumb that’s moist rather than grab-a-glass-of-milk-so-I-don’t-choke dry. As if that’s not enough, the cake is drizzled with a glaze that’s perfectly balanced between sweet and tart with the slightest, tantalizingly seductive lilt of lemon. And if you’re into food porn, be certain to watch the video below. (Trust us. You don’t want to miss the video!) What makes this recipe even better is that it makes not just one but two cakes, both of which will keep beautifully, so if you decide to keep both rather than gift one or both, you can selfishly linger over them all week long.–Angie Zoobkoff

WHO CAN RESIST POUND CAKE? ANYONE? WE THOUGHT NOT. 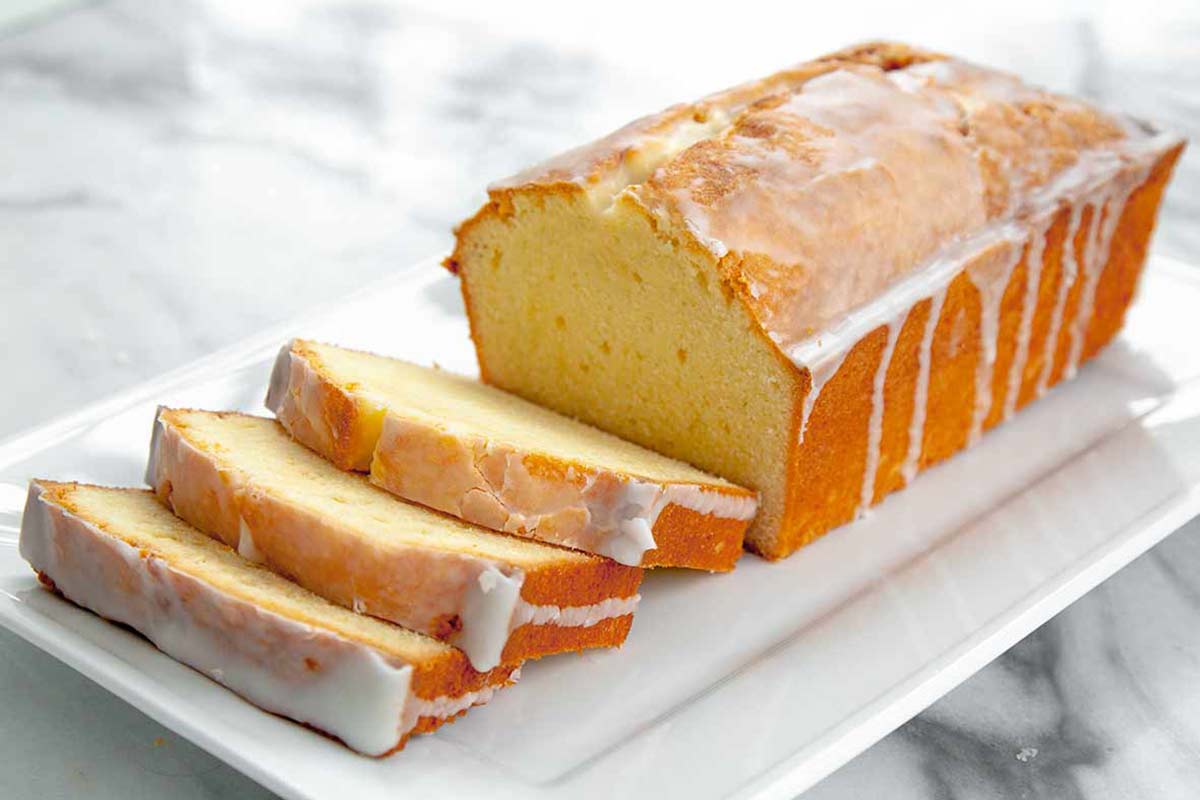 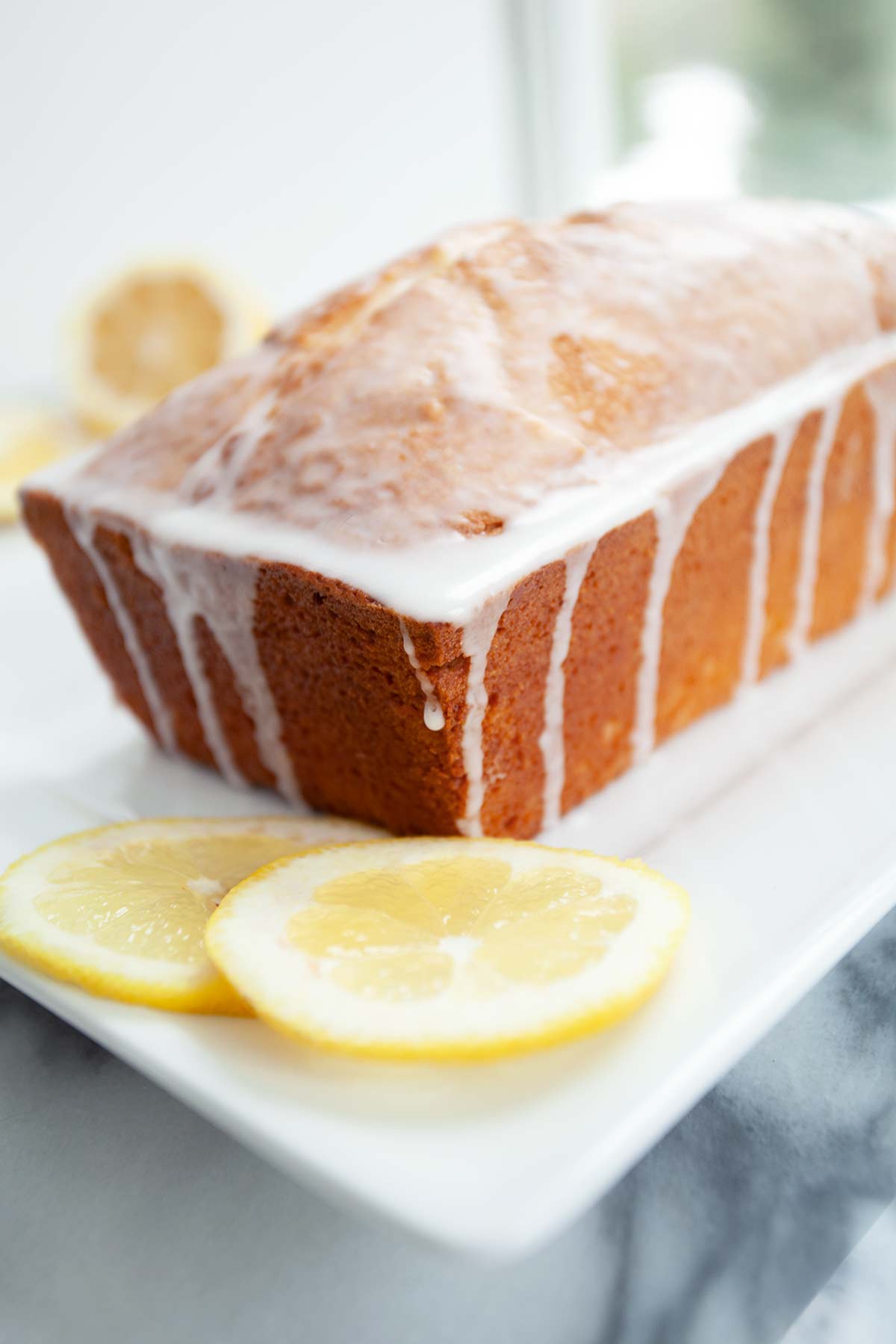 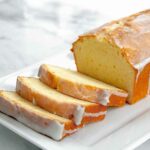 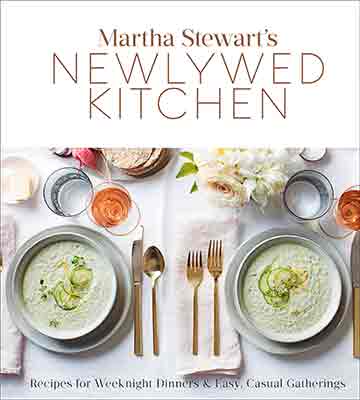 For the cream cheese pound cake

For the tart lemon glaze (optional, but don't pass it up)

This cake deserves the title of Perfect Pound Cake. It’s simple to make, and the cream cheese seems to give it exactly the right tang and texture. Despite the typical and expected pound cake density on your fork, there is a surprising lightness in the tasting which is hard to describe other than by saying a glass of milk wasn’t required to wash it down as so often is the case with pound cake!

Don’t skip the lemon glaze, it really turns this dessert into something special and there is enough glaze to be quite generous for both loaves. I thought the glaze was the perfect touch. Adding lemon zest to the batter might be really nice!

And the recipe requires only ingredients you’re likely to have on hand.

Although both loaf pans I used were 9-by-5-inches, one was a bit deeper than the other. I preferred the resulting shape of the smaller, shallower pan, but both loaves were delicious, lovely, were easily removed from their pans without leaving any cake behind, and sliced up beautifully into about 12 slices per loaf. On the third day, this pound cake was still delicious and moist after being left wrapped in plastic at room temperature. 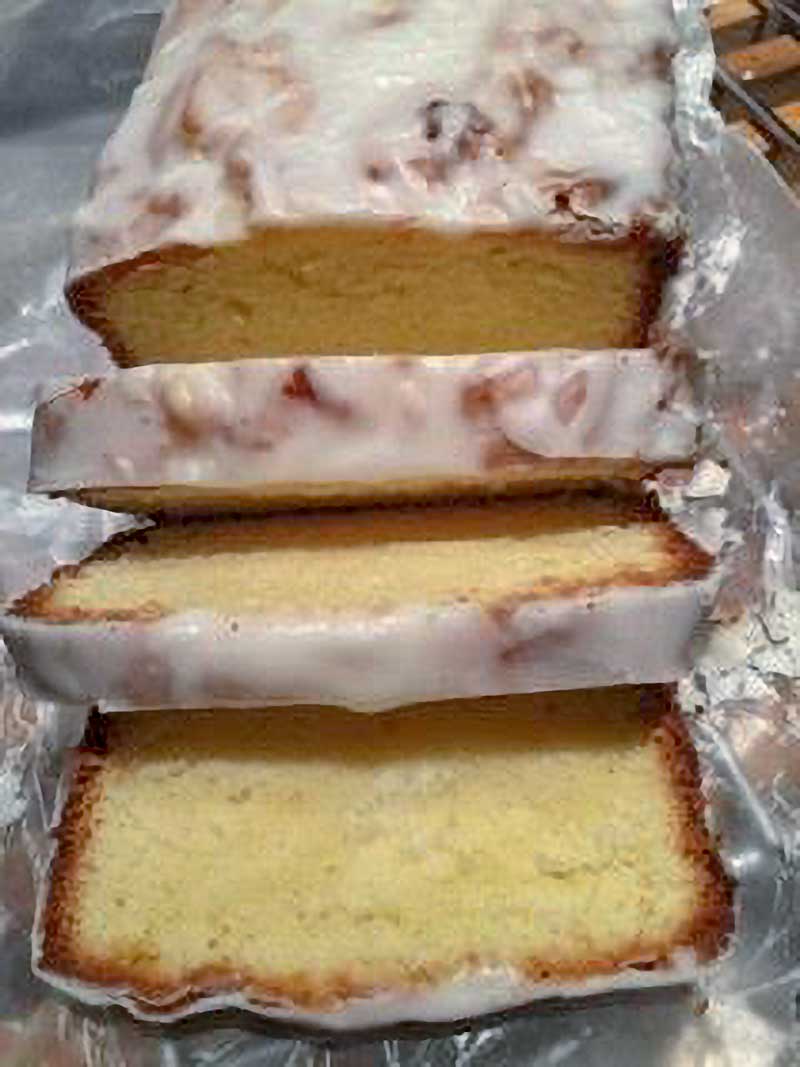 Buttery, moist, and, dare I say, decadent? More than just the usual descriptors for pound cake. This cream cheese pound cake checks off all of those boxes. It has an addictive, rich flavor almost akin to shortbread. I have taste-tested this recipe on friends, and they are already clamoring for my recipe. This will be my new go to pound cake recipe!

The amount of salt, which initially seemed like a lot, is perfect. I used fine sea salt and there was no saltiness whatsoever. It gives the cake a depth of flavor so that it just does not just read as “sweet.” It’s perfect by itself or can take on versatility with a variety of toppings. With two loaves at my disposal, I experimented once with serving topped with a lemon and blueberry compote. A dollop of whipped cream finished it off. I also made pound cake croutons. Yes—I made a good thing even better. I cut the cake into cubes and browned it in a pan with a little butter. I served this atop ice cream and finished it off with a chocolate drizzle.

The cake was a little persnickety to make—at least for me. Hopefully someone will be able to learn from my initial challenges. The first time I made this, the top began to brown too quickly. I needed to tent it after it had been in the oven only 30 minutes. This resulted in a cake whose top was beautifully golden and interior moist. The sides and top were overly brown bordering on burnt. I headed to the internet to do a little research on what could have possibly caused this.

After reading several posts, I found out that the loaf pans that I had chose, glass, often can cause overbrowning in those areas. It was suggested that I either reduce the oven temp by 25°F and cook the cakes longer or use a shiny metal pan. I chose to try the recipe again with metal pans. When I went to pop them in the oven, I realized something that I hadn’t noticed before. My oven rack was in the lower position. I had failed to move it after making a turkey. Before putting my pans in, I repositioned the rack to the middle position. Voila—perfectly golden tops and sides. I still needed to tent the cake, but I didn’t need to adjust the baking time.