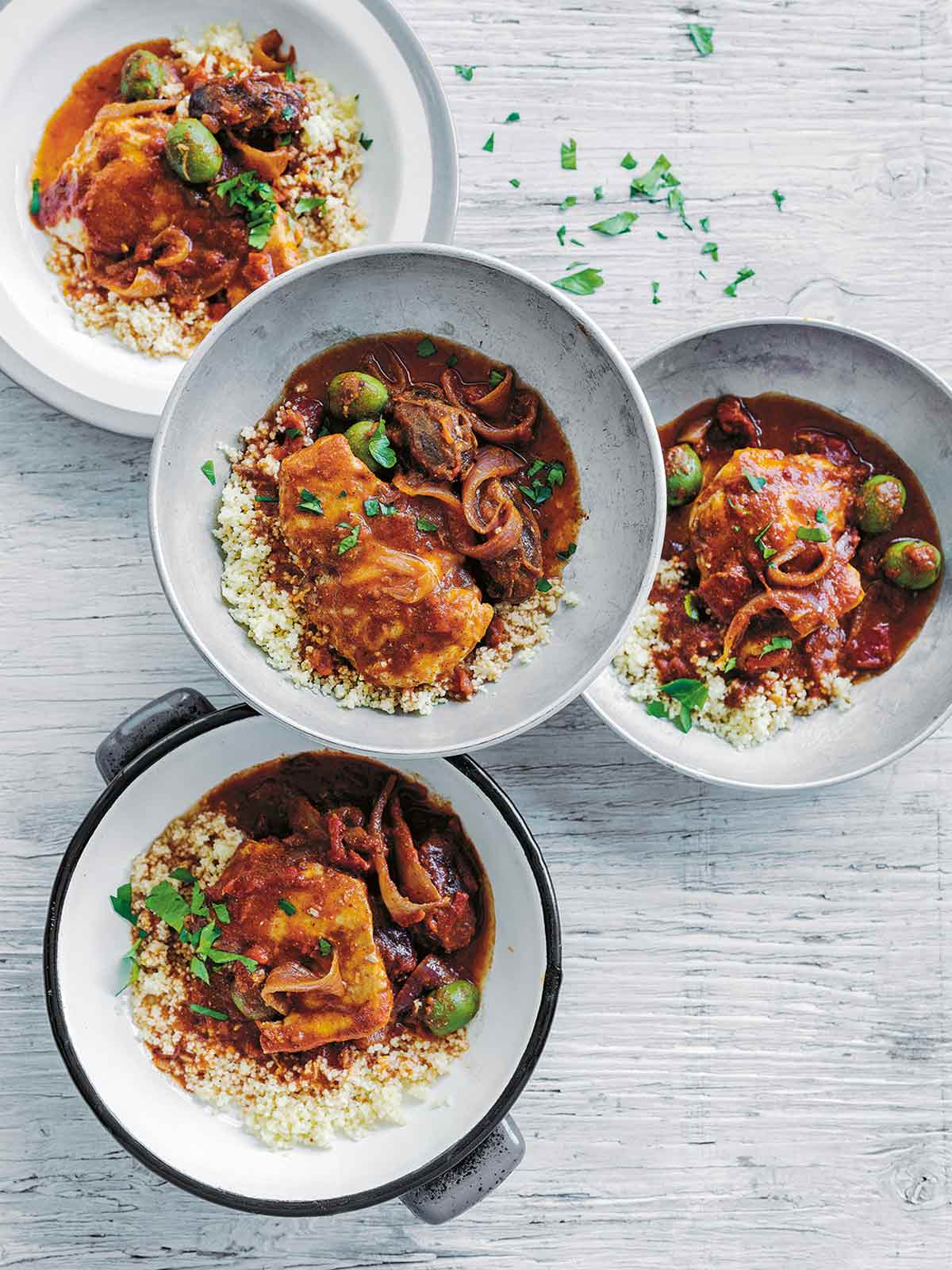 You may want to make this super-simple slow cooker chicken and olive tagine simply for the tantalizing aroma of the sweet and savory spices commingling in your slow cooker. The warm, earthy flavors of the sauce and the briny, bright olive and herb garnish make this an easy-peasy intro to Moroccan cuisine.–Jenny Howard

Do I need a tagine to make tagine?

The meal known as “tagine” is made in a specific Moroccan vessel that is, perhaps confusingly, called a tagine. An unglazed clay pot with a tall, conical lid, a tagine is basically the precursor to the slow cooker. Now, if you want to get cultural about it, you can also call the meal maghrebi in North African culture. But the point is that you don’t necessarily need a tagine, you do need something with a tight-fitting lid. The beauty of a tagine cooker is that the moisture cooked off the dish runs down the sides and back into the food, keeping it from drying out. Just as with a slow cooker. Brilliant, yes? There’s also the notion of the flavor that the clay brings to the finished tagine, but let’s take things one step at a time, shall we? 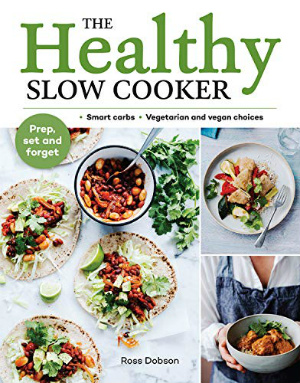 Preheat your slow cooker to high.

In the bowl of the slow cooker, combine the tomatoes, olive oil, onion, garlic, ginger, cumin, paprika, and cinnamon. Season generously with salt and pepper and give everything a good stir.

Stir in the dates, then cover again and cook for 1 hour more.

Working quickly to avoid losing too much heat, add the chicken to the slow cooker, nudging it into the sauce so that it is completely covered. Cover and cook until the chicken is cooked through, about 1 hour.

Stir in the olives, cilantro, and parsley. Serve over couscous with warm naan bread on the side, if desired.

I love to introduce my kids to international flavors in food and a new variation on chicken is always a good bet. The combination of sweet from the dates and the savory from the olives, onions, herbs, and spices hit the jackpot with my family.

The slow cooker chicken tagine was beautifully tender and I thought it was very smart to add the chicken to the last hour of cooking to allow the sauce to meld in the first 3 hours and to prevent the chicken from being overcooked. It tasted like a dish that had been cooked on the stove all day to produce such exotic but not overpowering flavors. It pairs perfectly over couscous and naan bread on the side.

This recipe for slow cooker chicken tagine is a perfect example of why I adore Moroccan cuisine. Fragrant and savory, yet sweet and tangy at the same time; this dish epitomizes this complex flavor profile that is unique and utterly delicious.

This easy-to-put-together slow cooker dish starts with a tasty tomato sauce flavored with ginger, cumin, paprika and cinnamon, along with garlic and onions; to this fragrant sauce goes naturally sweet pitted dates, chicken, and briny green olives. We really enjoyed this dish and really thought the last-minute addition of parsley and cilantro added a fresh and bright taste and look to the dish! I served this tagine with turmeric pearled couscous and a glass of smooth Chardonnay.