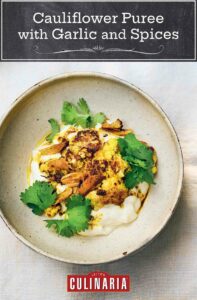 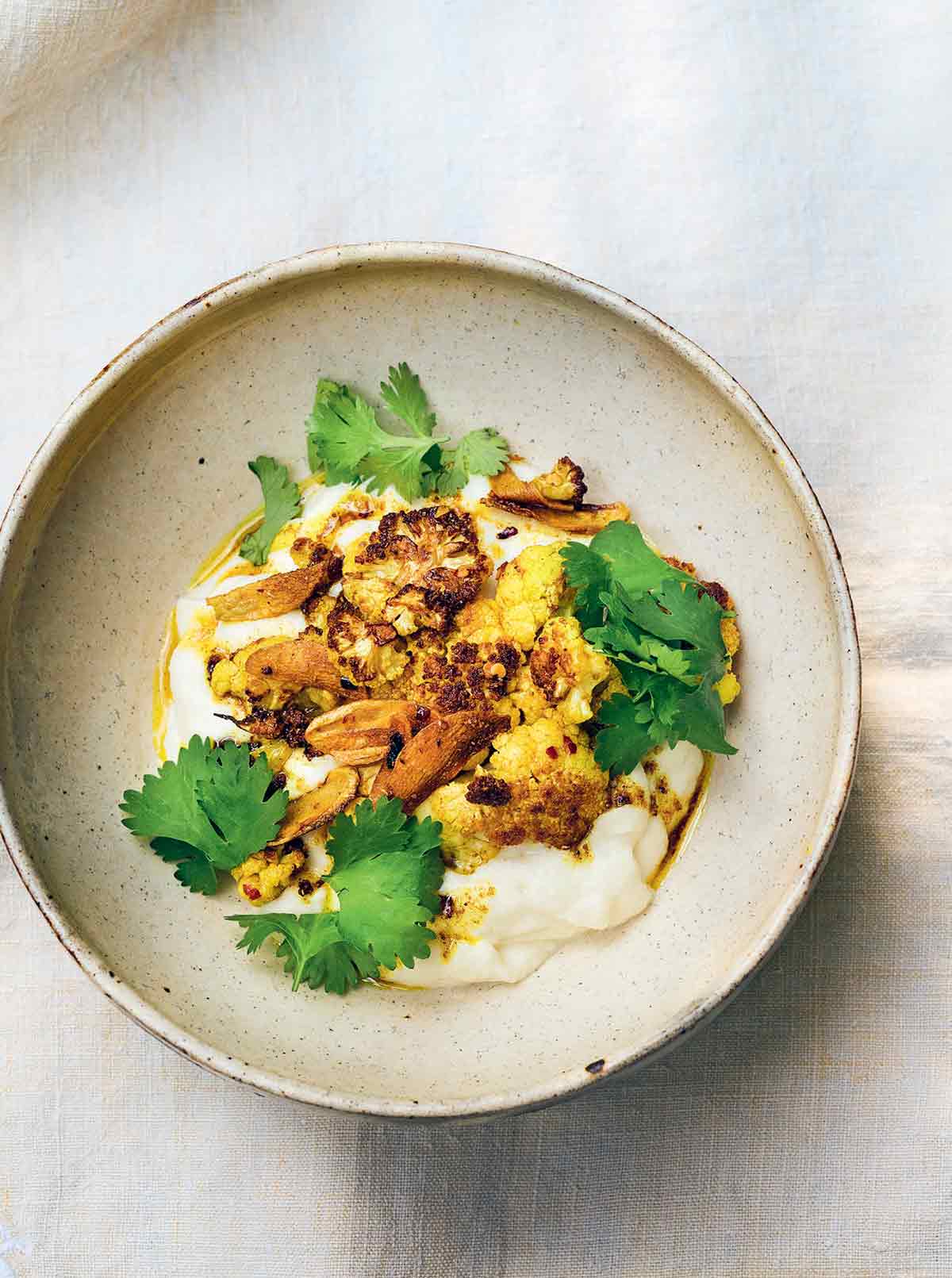 Cauliflower is having its 15 minutes in the sun, not that it has ever been in the shade in my kitchen. But it is a relief to find this pale, gently flavored brassica on menus once again. As always, we never seem to do the ingredient du jour by halves and the queen of the brassicas likes a good spicing (and curries rather well, as long as some yogurt or cream is involved) and seems more than comfortable in the presence of chilies and a sweet, earthy mix of spices, such as a mild garam masala.–Nigel Slater

Cauliflower Purée with Garlic and Spices 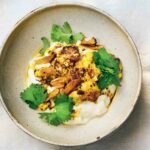 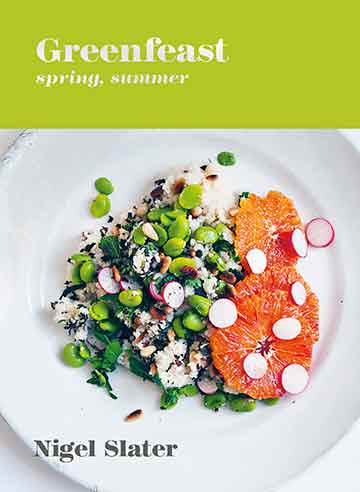 For the spice mix

*What's the difference between cilantro and coriander?

They're the same thing, aren't they? Why would you need to use both? Well, actually...the whole plant is known as coriander—seeds, leaves, stalks, and all. Except in North America, where the leaves and stalks are called cilantro and the seeds are known as coriander. Confusing, right? This means that if you're looking for cilantro but find leaves and stalks labeled as coriander, it's the same thing, particularly in Asian markets and anywhere outside North America. As far as the seeds go, you can't substitute seeds for leaves or vice versa. Fresh cilantro leaves have quite a bright, very assertive flavor with citrusy notes, unlike the warm, nutty, orange flavor of the seeds.

This is a lovely way to serve cauliflower with two different preparations in one dish: puréed and fried. This dish could be served as a vegetarian starter course or as a side dish with just about any protein. With the addition of butter, the puree is velvety smooth and contrasts beautifully with the fried and spicy cauliflower florets.

The fried cauliflower is a bit spicy but combined with the puree you end up with a very satisfying and perfect blend of spice and creaminess. I served this cauliflower purée with garlic and spices as a side dish with pork chops in a separate bowl with fresh cilantro garnish.

The flavor combination, textures, and the idea of serving the florets with a purée made from the same vegetable is fantastic. This cauliflower purée with garlic and spices is a pretty simple dish to make yet looks really elegant and refined.