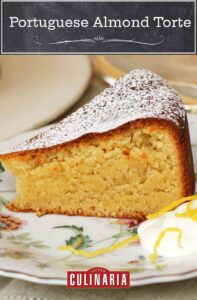 This Portuguese almond torte, known as Bolo de Amêndoa, is made with almonds, lemon zest, and cinnamon to create a rich, flourless, dense, and gluten-free torte that’s a Portuguese favorite.

Because this almond torte is made without flour, it’s exceptionally moist and dense—just the way the Portuguese adore it. I like to sprinkle it with a bit of confectioners’ sugar or, if I’m feeling truly decadent, I spoon on some preserves and whipped cream.–David Leite

WHY IS MY ALMOND CAKE FLAT?

This is a pretty dense cake, to begin with. It’s definitely not ultra-light and fluffy. The almond flour keeps it moist but it also bakes up a little heavier than wheat flour. But if you follow the steps, you’ll end up with a cake that has some loft and tenderness.

Getting air into the sugar and egg yolk mixture is key. When the instructions say to beat for 7 minutes, you better believe that we mean it. Beat until pale yellow and filled with air bubbles. Then, take your time and carefully fold in the whipped whites because you want to maintain the air that you’ve laboriously added to both. Gently pour it all into your pan and bake. 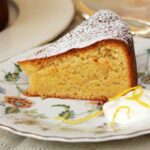 Prep the oven and pan

Whip the egg whites and make the batter

Bake and cool the cake

The Portuguese almond torte or cake I grew up with was really a family and gathering favourite. To me, it was too sweet and dense. I much preferred creamy and mousse-like desserts. I’ve seen this recipe a few times and was discouraged also by the sunken middle. Nevertheless, I needed to add to my gluten-free dessert repertoire. I took a chance at this recipe for almond torte and I wasn’t disappointed. 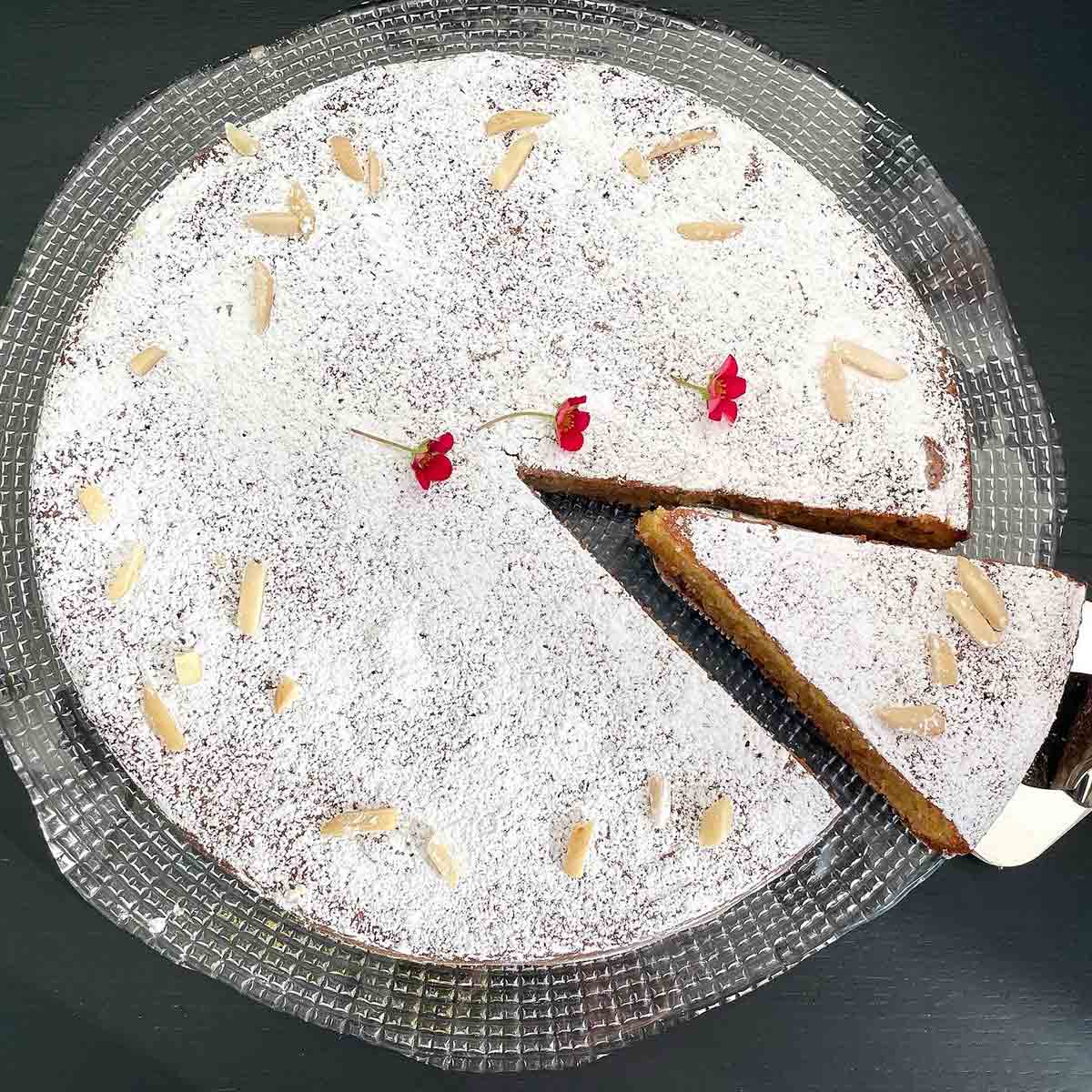 I liked that the sugar was ground with the almonds. I felt that this helped get the almonds very fine without the risk of making almond butter. After 8 pulses in my food processor, 45 seconds, the almonds were the consistency of fine cornmeal. The last step of adding the whipped egg whites and gently folding them into the batter was crucial. This gave this dense torte its fluffiness.

It was so satisfying to bite into a seemingly dense dessert and find a fluffy consistency. It was moist but not overly rich as the ones in my past. I’m definitely converted. Cannot wait to serve this one to my Portuguese family and friends. Actually, cannot wait to serve it to all my friends, including those with gluten intolerance.

I selected this torte for a Passover dessert and lined the pan with a sprinkling of matzoh cake meal instead of flour. The result was a moist, delicious almond torte unlike any of our usual Passover desserts. It’s quite rich so a small portion is all one needs to be satisfied. The torte came together easily. I actually made two of them and froze one after it had completely cooled and found that freezing and thawing did not significantly change the taste or texture of the torte.

The recipe is straightforward and easy to follow and the timing is perfect as written. When the torte is done the sides begin to pull away from the pan and the house begins to smell wonderful. The cake does sink a bit in the middle during cooling but no matter. Include this recipe in your menu when you need a flourless dessert or when you just want to make something delicious.

I’m very happy that I tested this torte and so are the people I served it to. Very moist and rich but not too heavy and just as good on day 2. For those who prefer weights, my 3 cups of slivered almonds came in at just under 400g and the granulated sugar at 250g.

I served it two ways. One was straight up torte and the other was with lemon curd and strawberries. I really like that I have a gluten-free dessert option that I can make for friends and family that isn’t meringue-based. I don’t keep gluten-free flour in the house but I do keep all the ingredients for this recipe in my pantry.

When we were in Portugal, if this cake was on the menu, we ordered it! The best one was in the Algarve. And this recipe is a winner. It’s elegant and moist, and it keeps so well (not that that’s an issue!). I think it was even better the next day. I lightly toasted the almonds, before grinding them and I sprinkled some sliced almonds on top of the cake before baking it. A dab of whipped cream and a few fresh raspberries on the side was just a perfect accompaniment. I highly recommend starting your day with a slice for breakfast and a dollop of Greek yogurt (with maybe some fresh berries).

Next time, I want to try the bolo without the lemon zest, or at least not as much. I thought it detracted from the almond flavor, but most people would probably prefer the lemon. I also think orange zest would be delicious, but the same detraction would be there. I baked it in a 10-inch fluted pan with a removable bottom and that worked just fine. It really is a lovely and elegant dessert…rich, without being overly sweet, which we liked.