This chicken tagine recipe melds the ease of one-pot cooking with the sharp, briny, citrusy flavors of authentic Moroccan cooking for a simple winter supper.

This chicken tagine recipe is one of countless authentic Moroccan chicken tagine recipes, each of which is ever so slightly different but explains how to braise chicken thighs, preserved lemons, olives, and spices into aromatic and tender awesomeness. The author notes that authentic Moroccan chicken tagines are not served with couscous. But if that’s your preference, be our guest and go right ahead. You could also opt for rice, potatoes, or bread on the side.–Renee Schettler Rossi

What Exactly Is A Tagine? Note

When you hear the word “tagine,” it can refer to either the authentic Moroccan earthenware cooking vessel that’s somewhat conical or it could refer to the resulting braised dish made in said vessel. Even the author of this recipe admits that while she owns a tagine, she finds it much more practical to make tagines in a conventional saucepan. (Essentially, the tagine is noted for trapping moisture released during cooking, but any pot with a lid can do that. We bet you could even make this recipe in a slow cooker. Which means there’s no excuse not to make this dish.) 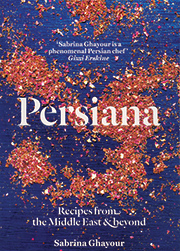 If you haven’t got a stash of homemade preserved lemons on your kitchen windowsill, and the store-bought preserved lemons are either nonexistent where you live or cost a pretty penny, you need a recipe for quick preserved lemons. Here are two: If using a stovetop, quarter a couple lemons and place them in a saucepan with 1 cup or so water and 2 tablespoons salt. Simmer until the rind is tender. Use as directed in the recipe. If using a pressure cooker, combine 4 lemons, 1/2 teaspoon salt, a pinch granulated sugar, 2 cups water, and a pinch crushed saffron threads in the pressure cooker. When the steam is full or high, cook for 4 minutes. You can wait till the pressure releases on its own or stick the cooker under cold running water to release the pressure. Reduce the cooking liquid by boiling it on high until it has a nice, thick, honey-like consistency.

I love a chicken tagine with the tartness of olives and lemons (not as much a fan of those with sweet ingredients unless the balance is just right). This recipe has loads of flavor. The thing to stress is that this recipe makes the case for freshly grinding your spices whenever possible—coriander just sings with fragrance when freshly ground. Be generous, not afraid, with the saffron. Try to use the best-quality chicken you can; it will fall off the bone without getting stringy or overcooked. A couple of final tips: choose the most flavorful and interesting green olives you can find. I selected some pitted spicy Greek green olives after tasting them first. You want all that intensity. Be generous with the pepper (and remember, this tagine already gets plenty of salt from the lemons, olives, and broth). If you have access to lemons, I encourage you to preserve your own (as will the sticker shock should you go buy them). There are many variations, but I have always made Paula Wolfert’s version of preserved lemons, with the occasional addition of bay leaves, peppercorns, or even a small stick of cinnamon. If you need to make them on the fly, you can do what I do when caught without any preserved lemons on hand: simmer lemons in lemon juice and salt for 10 minutes then cool before using. This will get you close, and there really is no substitute for lemons in this tagine. It might seem like a long time, but 2 hours cooking is perfect. The dish reheats very nicely the next day. I first served it with a mixture of quinoa and cauliflower rice, and the second time, with a mixture of orzo and cauliflower rice.

My wife and I really enjoyed this authentic Moroccan dish. The flavor of the olives and preserved lemons shines through. Plus it’s easy to make, even in advance. I cooked it in a tagine and served it that way, which looked very nice. I served the tagine with Persian rice, not couscous, and we very much liked that. I’ll make this again for sure. I used homemade preserved lemons, and since they were pretty big (from my own backyard), I only used 2. I scooped out the middle, scraped off the fuzzy stuff from the inside of the rinds, and cut the rinds in 1/2-inch pieces before adding them to the tagine. Instead of pitted green olives, I used whole Picholine olives with the pits. I think they taste better, but of course, you have to let your dinner guests know about the pits. I used parsley. I cooked the tagine for 1 hour and 45 minutes, and the chicken was wonderfully tender, and all the flavors had come together beautifully.

A great basic recipe for chicken tagine—really tasty and comforting on a freezing night. After 2 hours of low simmering, the chicken thighs were literally falling off the bone! This is a good thing. But I would not let them go over 2 hours. I’d play with and add to the spices next time—toasted cumin or ras el hanout would have made this dish more interesting and refined. I served this over Persian basmati rice. Perfect.

The yellow and green colors of this dish made it visually attractive, and there was a nice aroma of preserved lemons and saffron. I cooked the onion until just soft, which took about 5 minutes. I used store-bought preserved lemons, although I’d love to make my own and was pleased that a recipe was included. I cooked the chicken in my tagine pot in the oven at about 125°C and served it with rice. I thickened the final sauce with some corn flour.