Brilliant. That’s what we think of this salt-crusted beef tenderloin recipe from chef Gabrielle Hamilton of Prune in New York City’s East Village. It’s brilliance lies in the fact that the insanely flavorful juices are trapped within the roast during cooking. They simply can’t leak out, ensuring that pricey cut of beef will be lovely and perfectly cooked to a medium-rare. There’s also some brilliance to the fact that it’s ridiculously easy to achieve and makes for a conversation-stopping moment if guests are in the kitchen when you pull it out of the oven. The optional bread crumb salsa accompaniment lends a lovely acidity to the rich roast, although trust us, that’s not requisite to the appreciation of this roast tenderloin.–Renee Schettler Rossi

LC What Folks Are Saying About This Recipe Note

“The most succulent roast I’ve had in a long time.” “Everyone should try this cooking method.” “Astonishing.” “Perfectly beefy.” “I am at a loss for words.” That’s what folks are saying about this salt-crusted beef tenderloin recipe. 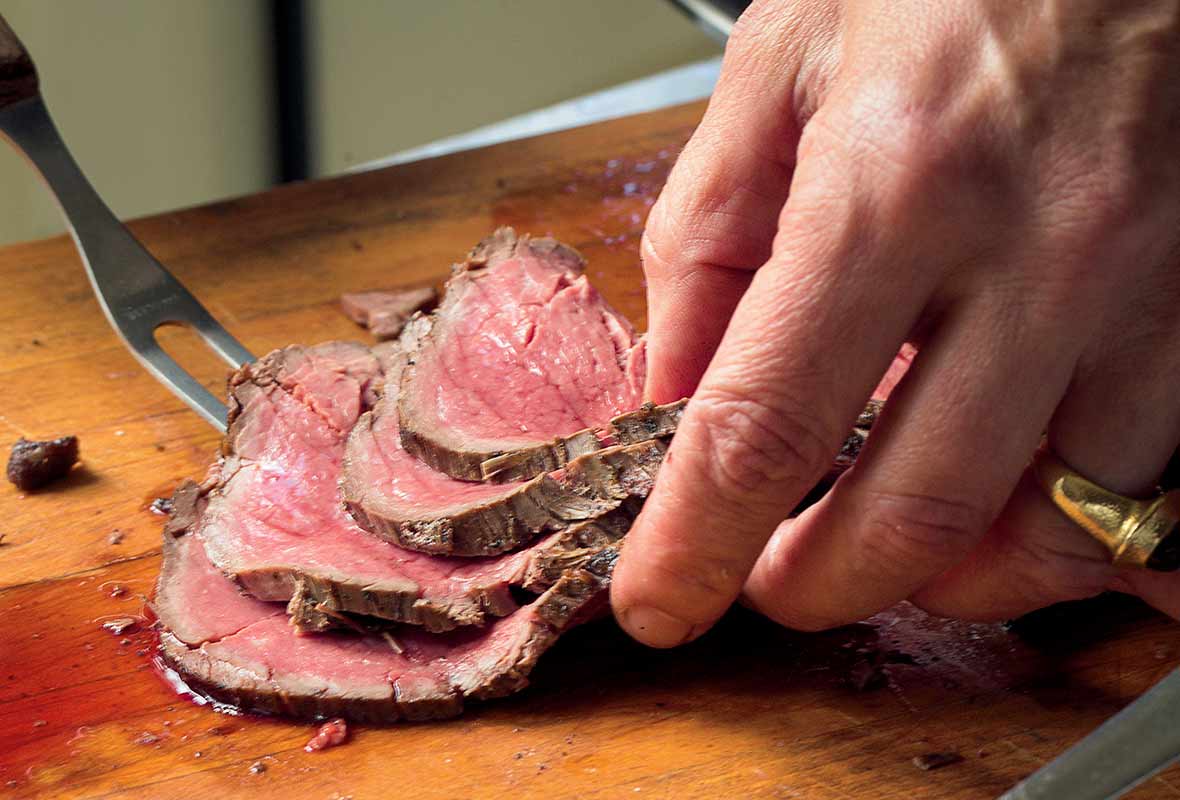 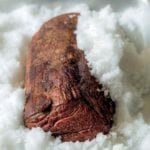 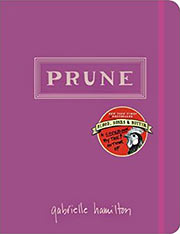 For the salt-crusted beef tenderloin

For the bread crumb salsa (optional)

Different brands tend to have different size crystals, so the weight and volume of salt will vary from one brand to the next. Chef Gabrielle Hamilton uses Diamond Crystal, but feel free to use whatever brand of kosher salt you have on hand. Just know that you might need a little more or a little less than precisely 2 pounds, depending on the size of the salt crystals.

I am at a loss for words to describe this salt-crusted beef tenderloin. At first I thought this would be an instant heart attack, but it turned out to be the most succulent roast I’ve had in a long time. This is a very easy recipe to make. Everyone should try this cooking method. The results are astonishing.

As far as all that salt goes, you don’t even know it was ever on the beef. The flavor of the meat shines through as well as all the delicious juices that usually drip out during cooking. Attribute that to the sear. It’s important that the meat has a good crust. You really need to have a hood that vents outside or you will be setting off smoke alarms for sure. I used olive oil instead of some grapeseed oil and browned the beef in a cast-iron Dutch oven so I could place the splatter screen on top.

I used canned anchovies in olive oil because that’s all I could find and drained and rinsed them for the salsa. I used some leftover French baguette for the croutons, just tearing it into pieces, frying as directed, and draining on paper towels.

My meat was just about 2 pounds, so I gave it an additional 5 minutes and it was done perfectly.

It says 6 servings but 3 of us devoured it with just enough left for a sandwich for lunch and some salsa as a salad replacement. Will likely be doing this often. I’m gonna try this with other cuts of meat as well. I highly recommend this one for sure.

I love baking in a salt crust. Everything I’ve tried comes out moist and perfectly seasoned. So as you can imagine, when this recipe came across my inbox, there was a resounding “yes! yes! yes!”

However, truth be told, I hacked the recipe a bit. After shopping around for beef tenderloin and thinking about the premise of the recipe (baked in salt) I had a hunch that other, less costly meats could stand in. So with fingers crossed, I set out to make an eye-round roast. I was able to find a small roast weighing just over 1 1/2 pounds and asked the butcher to tie-wrap a layer of fat around the meat. With all else being the same, I stuck my temperature probe into the browned meat, encased it in salt, and said a little prayer to the dinner gods. Unlike the tenderloin, the eye-round took about 20 minutes longer to reach 125°F for a total roast time of just over 1 hour.

Once removed from the oven and freed from its salt dome, I placed the roast on a piece of foil on the counter to catch any extra wayward salt and juices. I continued the recipe as described and set out to make the bread crumb salsa while letting the meat rest.

About 20 minutes later, the salsa was ready, and it was time for the moment of truth. How did the eye-round work out? Splendid! Delicious! And perfectly beefy for the acidic bread salsa. Not only do I now have the original tenderloin recipe for special occasions, but I have a nice weekend dinner project my crew can enjoy more regularly.

If you use a thermometer that you can encase in the roast, you will always know when to take it out of the oven by peeking at the exposed dial now and again.