This spiced milk tea recipe from Oman is traditionally served hot and made with sweetened condensed milk, cardamom, ginger, and cinnamon. It’s a staple of roadside tea stands.

This spiced milk tea, which is much sweeter than traditional chai thanks to sweetened condensed milk, was introduced by the large South Asian immigrant population in Oman, according to author Felicia Campbell, who also explains it’s a staple at roadside tea shops.–Renee Schettler Rossi

How To Serve Spiced Milk Tea

When our recipe testers made this recipe, there was a little confusion over exactly how to serve the spiced milk tea. See, the tea is quite sweet. As such, it’s intended to be doled out in very modest amounts and is, according to custom, sipped from teensy cups. When the spiced milk tea is served according to tradition, this recipe yields 4 to 6 servings of no more than 4 ounces (1/4 cup) each, whereas those of us not familiar with Eastern cultures and accustomed to filling a capacious mug to the brim will find that it only provides 2 servings of this size. But once again, tradition trumps convention, as this tea is probably a touch too sweet for such an oversize indulgence. 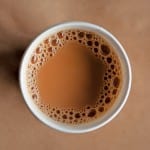 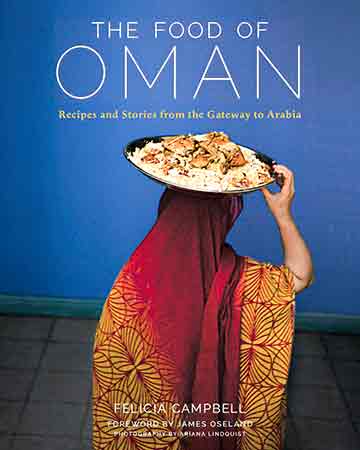 This warming sweet milk tea is easy enough to make on a regular basis but special enough to compete with the indulgent offerings at your local tea room. This tea was fun to make. I’m used to plunking a tea bag in hot water or occasionally making a full pot of loose leaf tea, so seeing everything come together from (almost) scratch was a treat. It took me a little longer than I would’ve liked since I didn’t have ground cardamom on hand and had to grind my own. However, the amazing aroma made up for the extra time! I loved using the sweetened condensed milk—I’ve added it to Vietnamese iced coffee and Thai iced tea before but never a hot tea, and it was perfect. This tea is flavorful, aromatic, milky, and just sweet enough (though our leftover servings were decidedly a little sweeter than the first cups of tea—not sure if the condensed milk settled in storage?). A small cupful is ideal for a chilly winter evening or to enjoy during a leisurely weekend breakfast. I used Fortnum and Mason Royal Blend loose leaf tea; the Fortnum and Mason website says the tea has a smooth, honey-like flavor which might have something to do with the sweeter taste of the leftover tea. My tea didn’t come out quite as caramel-colored as the photograph; perhaps it should have steeped slightly longer? Or the color depends on the size of the cinnamon stick?

One of my favorite ways to drink hot black tea is with milk, sugar, and spices (similar to chai), and this recipe delivers on the warm and comforting sweet spiced milk tea that I so love. I’ve made a similar tea drink in the past but never with fresh ginger, which adds an additional warmth and depth to the flavor profile. I didn’t have sweetened condensed milk on hand so improvised and made my own by reducing whole milk and sugar on a low simmer for about half an hour. (The ratio I used was 1/2 cup milk to 2 1/2 tablespoons sugar, I simmered till it was slightly reduced and resembled the yellow creamy color of condensed milk. I imagine in a pinch you could even use whole milk and sugar without the reduction, it would just not be as rich-tasting.) This recipe only filled a travel mug and half a teacup (the travel mug was delivered to my husband’s office for a late afternoon treat, and I got a text from him saying “good tea” soon after). My only regret was not making more.

Iʻve had milk tea, and itʻs quite good. This version is also good and easy to make. I think this is a little bit more on the milk side than tea side. I donʻt think the bags steeped for long enough—if you like less tea flavor, then this is fine. Otherwise, Iʻd suggest looking at the side of the box and steeping the amount of time suggested there. Would I make this again? Yes. I’d vary the spices and suggest cutting back some of the sweetened condensed milk and instead using some real milk at the end. Iʻd say this is heavy on the cardamom and ginger for my taste. I’d use fewer cardamom pods, less ginger, and more cinnamon, which just points out the versatility of this recipe.

This will be a happy addition to my tea repertoire! I wasn’t sure what was in the sweetened condensed milk but was happy to see it’s just milk + sugar. I especially liked the double cardamom, since I’d been attracted to this recipe in part because the ingredient list leads with cardamom. I used a full stick of True Ceylon cinnamon, but it was on the smaller end because it was loosely rolled. For my taste, there could’ve been a bit more ginger to counter some of the sweetness, although the sweetness wasn’t cloying thanks to the spice mix. The times called for were all spot-on. What wasn’t spot-on for me was the idea that this would serve 5 or 6. This made 2 small cups; full, yes, but not a cup size that could be any smaller without looking skimpy. Like chai, I could drink this by the mugful, so I see no reason not to double the recipe next time. And another advantage of doubling this recipe would be to use up more of the sweetened condensed milk, which in my house would otherwise go used. Now I have leftovers, so I think I’ll have to make another batch tomorrow!

This produces a very nice small batch of spiced milk tea that’s a definite alternative to my normal chai (and much sweeter). Although only a few spices are used, they work very well together, and the cardamom is a wonderful dominant note. The only slight complaint we had in tasting this was that it didn’t need to be so sweet, and we would definitely cut the sweetened condensed milk in half for the next batch. It’s lovely to drink, and with so much sweetness, you really wouldn’t take it with a cookie or any other sweet. It’s perfect in small servings (no more than 4 ounces each) served in a demitasse or small heat-resistant glass. It’s a quick and easy winter treat (though I will try some over ice when the weather warms up, as this is in the same category of treat as a Vietnamese coffee). It has more depth than other cardamon-scented teas, due I am certain to the freshly crushed and ground spices. I used sweetened condensed milk from Trader Joe’s—it comes in a resealable bottle and is handy for recipes that require less than a can, as it keeps indefinitely in the refrigerator.

I might have a chai (spiced milk tea) fetish, and by might, I mean do. When I was younger I had the pleasure of going to India for a friend’s wedding, whereupon I gorged myself on chai. I’ve been searching for a decade since to find something that transported me back to that moment, and this recipe did it for me. This was delicious, flavorful and just sweet enough.

A few quick notes: The recipe took about 15 minutes, all of which was hands-on. In the Middle East and Asia, tea is often served in these very small little glass cups. If you’re using those, then the servings are correct—5 or 6 glasses. If you’re using a standard Western teacup, à la the queen, you can probably squeak 3 cups out. If you’re using American coffee mugs, you’re going to get maybe 2. There was only 3 cups liquid in the pot, so seconds would be hard too. That’s why the second time I made this, I doubled the recipe. Doubling it came out just as well, just as fast, and yielded enough to satisfy my desire for 3 mugs. Finally, while this is great hot/warm, I tried it iced as well, and it had a grittier, almost dry texture that I wasn’t such a fan of.

This spiced milk tea is absolutely divine. Sweet, smooth, and silky. I used two 3-inch cinnamon sticks and ground the cardamom with a mortar and pestle instead of buying already ground cardamom. The sweetness can be adjusted by simply adjusting the amount of sweetened condensed milk. This recipe is a keeper!

This was a delicious spiced milk tea, full of fragrance. It has winter written all over it. Our home smelled divine while this was steeping, and the actual taste of the tea was full of wintery spice.

Toasting the spices filled the room with such a wonderful fragrance. Boil the water while the spices toast, then let the ingredients steep. Strain and enjoy. A new favorite for the chilly months.