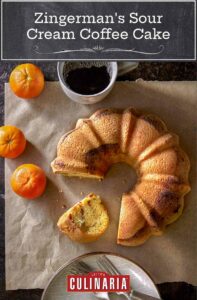 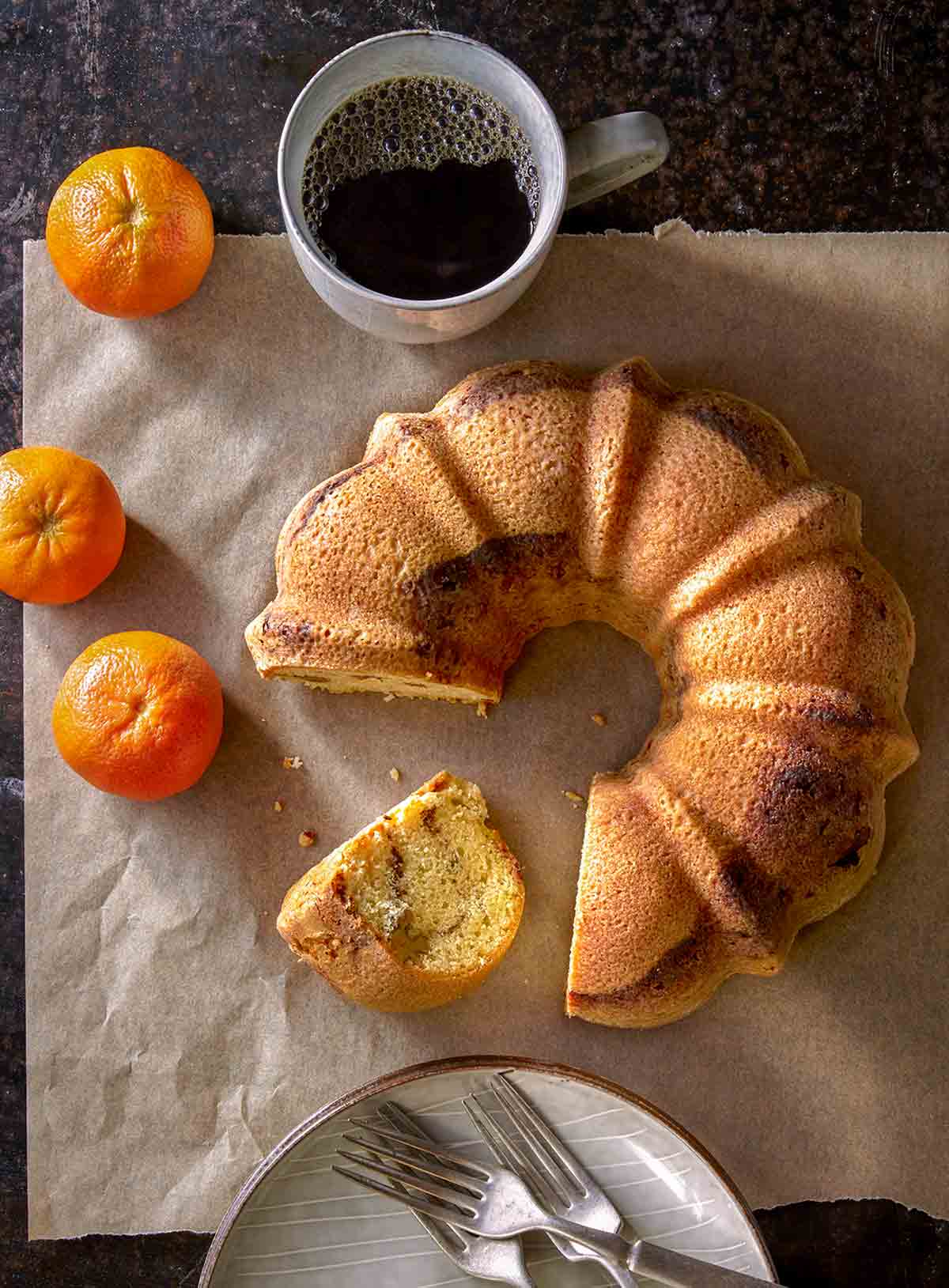 Though unassuming in appearance, make no mistake, this coffee cake is indulgent to the nth degree. Butter, sour cream, and eggs make it incredibly rich and so moist it keeps for nearly a week. Sugar and spice and everything nice makes it as intoxicating to consume as it is to catch a whiff of its aroma while it bakes. We think you’re going to be just as smitten as we are and, actually, as everyone who’s tasted it has been.–Renee Schettler

HOW LONG WILL THIS SOUR CREAM COFFEE CAKE LAST?

The cake keeps well at room temperature for at least 1 week, if wrapped well. The texture will become denser over time. It also freezes nicely for up to 3 months. Fortunately, it’s really easy to slice in half—eat half today, freeze and eat the other half in a few weeks. 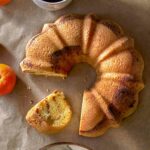 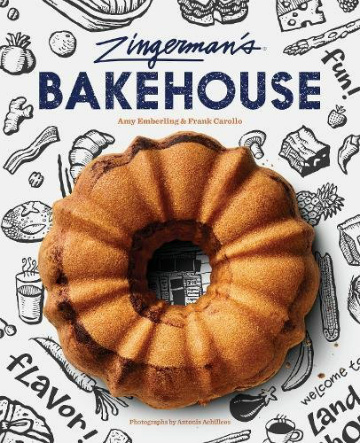 For the cinnamon nut swirl

This recipe for Zingerman's sour cream coffee cake is delicious with its crisp crust and buttery, moist center. The flavor is well blended with the vanilla, cinnamon, nuts, and butter. The sour cream really helps the cake stay moist. This is a winner in terms of taste and texture!

This moist and delicious Zingerman's sour cream coffee cake comes together quite easily. My advice would be to have a hot cup of coffee ready for when you slice your first piece. You’ll enjoy the two together.