These spinach and ricotta gnudi are Italian dumplings similar to gnocchi but made with ricotta, spinach, and Parmigiano Reggiano. They’re ethereally airy and served with a rich and simple sage butter.

Gnudi (pronounced “nudi”) are essentially the light and cloud-like kin to gnocchi. Although the denser potato cousin is perhaps more popular and more recognizable than its ethereally airy Italian cheese dumpling kin, we’re personally quite smitten with gnudi and their pillowy texture and subtle loveliness. Plus the name is just fun to say.–Angie Zoobkoff

“Oh yes! These are the spinach gnudi I have been looking for. When I was in Italy a few years ago I had them in Sienna with a red sauce and they were OK. They called them Malfetta. But when I had them in Milan with a cheese sauce and they were divine. I went back to that restaurant and had them again, just before I left. I’ve been looking for a recipe ever since and I think this is the one! Thank you so much!”–Mary L. 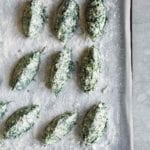 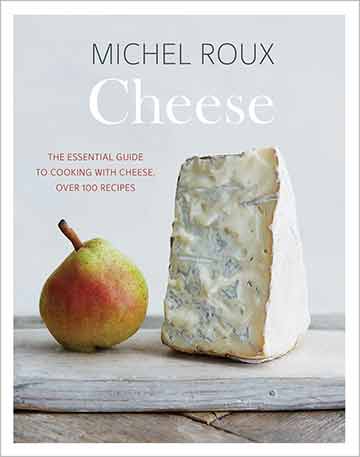 For the sage butter

*Note How To Make Gluten-Free Spinach And Ricotta Gnudi

We made this gnudi using a gluten-free flour blend to magnificent effect, swapping an equal measure of gluten-free for 00 or all-purpose flour.

Quote from my husband: “We have now discovered sage butter and it’s delicious.” He sopped up every last bit with his bread and swiped a bit off of my plate, too. These spinach and ricotta gnudi with sage butter were a date night dinner. We ate the gnudi as an entrée with a salad and crusty bread. They would also make an elegant and impressive appetizer for a multi-course dinner. The spinach was mild and nicely balanced with the ricotta and Parmesan cheeses. The sage butter was the perfect note to finish the whole dish.

I was a complete failure at using spoons to make the quenelles. I gave up and gently formed the gnudi into ovals with floured fingers after scooping up the mixture with a spoon.

I had made gnudi one other time and this experience was much better. The gnudi held together nicely during boiling, unlike during my previous attempt. One or two gnudi cracked through the middle as I set them onto the towel to drain.

I made a half recipe, mostly because the headnote stated that they needed to be eaten right away and there were only two of us for dinner. The leftovers were just fine briefly rewarmed in the microwave the next day.

I will say that the recipe is a bit time-consuming and I would recommend making the gnudi ahead of time, especially if you’re attempting to make them on a Friday after work. They would also be a great weekend cooking project.

This recipe is very tasty and we enjoyed it as a main course for dinner.

I had no issues forming the quenelles. I cooked some of the quenelles for 1 minute on each side and cooked others slightly longer until they turned a light brown. We liked the browned ones better. The thin crunch was delightful.

I not only put Parmesan on the gnudi when I put them on each plate, but I passed extra Parmesan so people could put more on if desired. And we did.

If someone were to make this recipe as a main course, note that I ate 6 and my eating partner ate 12.