Skip to content
Home » Articles » What are Ramps? And Why do People go Crazy for Them?

Take a look at the humble ramp. It’s a wild leek with an ephemeral and elusive season each spring that has otherwise sane people going a little crazy to get their hands on them. Here’s what they taste like and how to cook them. 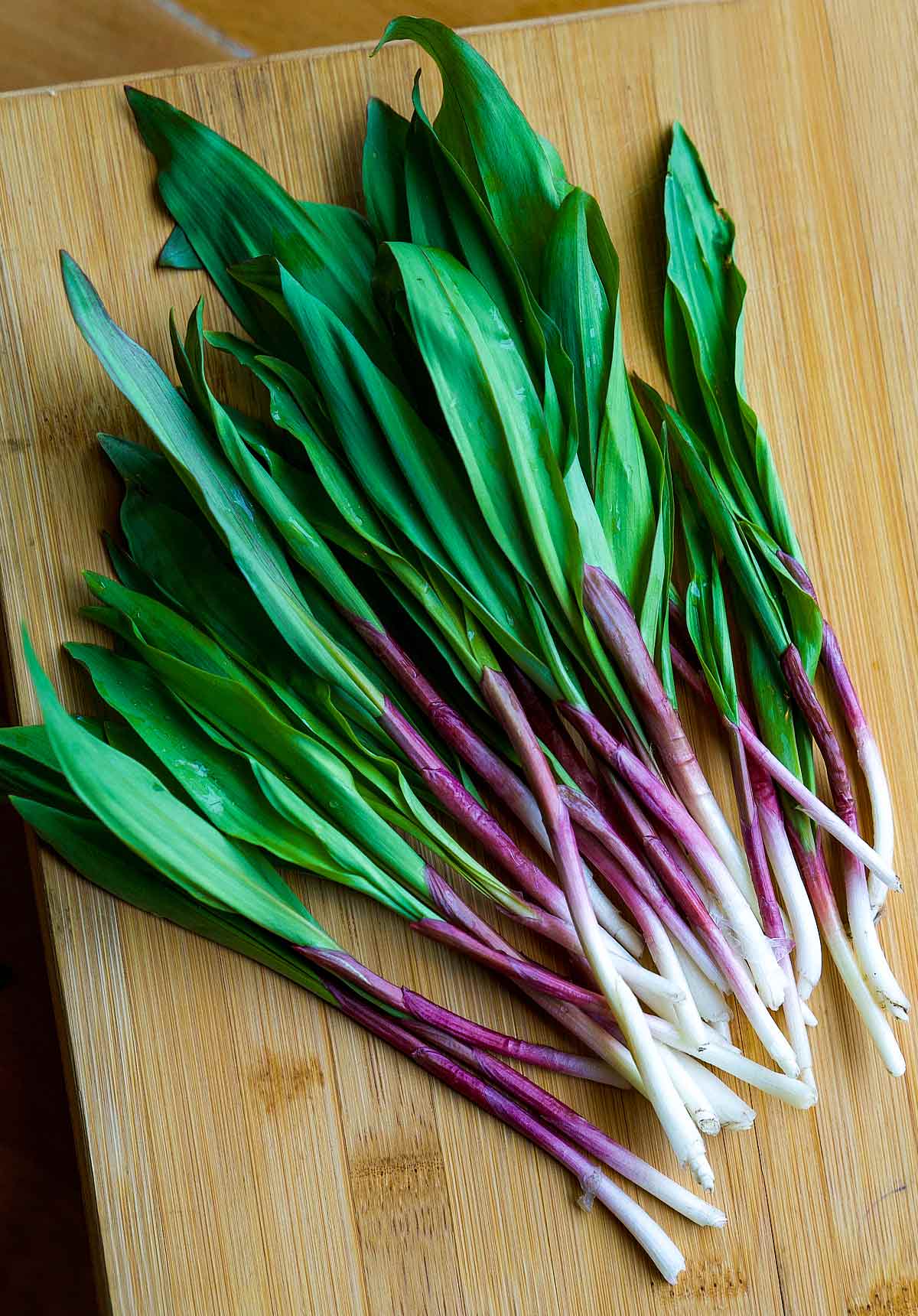 For the better part of three decades, I’d never quite gotten ramps.

Each year at spring’s eventual entrance, marked at New York City’s Union Square Greenmarket not by the calendar but by the pungent whiff of mysteriously elusive ramps, I would find myself waking at an ungodly hour. Just for the short weeks when ramps are in season, I’d feel a little fidgety when I don’t arrive as the market opens so I can quietly and triumphantly secure a bunch or two of elusive beauties before they disappear. Then I’d try, truly try, not to succumb to a slight smugness as I made my way through the greenmarket and overheard disappointed, bedheaded, pillowfaced, ramp-loving market goers who’d slept a little too late inquire and hear in response a chorus of “Sorry, we’re sold out.”

The crazy thing is, for the longest time, I did this even though I didn’t understand the actual lure of ramps. They seem to be just teensy, slender, scallion-y wild leeks with floppy green leaves.

The fervor for the flavor of ramps elicited in so many other marketgoers? I’d never felt it. I certainly tried. I longed for it in the same way that I longed to be able to whistle as a child. Much the same way that others I knew longed to catch a glimpse of Elvis on the sidewalk, which is to say, futilely.

That first spring, the ramps’ pungent aroma permeated my fridge, which effectively quelched my enthusiasm before I’d even taken a taste. And there they remained until they wilted and shriveled and I lugged them back to the greenmarket and tossed them in the communal compost heap.

Each spring thereafter, though, I was certain that would be the year when the clouds parted and the choirs of angelic spirits heralded the moment when I, at last, was seduced by the ramp’s rapturous charms.

Each year, it was the same confused letdown. Ramps may appear to be simply scallions in miniature, save for a swath of flamboyant lavender around their midriff, yet their bewildering and boisterous taste is nothing to underestimate. It’s an uncanny combination of unrelenting garlic and leek with a hint of chive and it’s much anticipated—and, some would say, much acquired.

And, as each spring passed, I felt more of an imposter not understanding the lure.

What do you do with ramps?

I’d originally attributed my failing to an innate inability to appreciate the curious flavor of ramps. In retrospect, though, I think I’d let others’ good intentions interfere. Here’s how. Ever notice how ramps elicit strange zealot-like behavior in otherwise sane adults? Quick to talk and slow to listen, these ramp proselytizers tend to offer an unbidden stream-of-consciousness of crazy complex ramp recipes. My mistake? Listening to their well-meaning but confounding sermons for fussy techniques and tactics and tricks which never failed to leave me intimidated and doubtful and the taste rather muddled and confused.

And then last April, ramp season found me at the crowded stand of Rick Bishop’s Mountain Sweet Berry Farm at Union Square Greenmarket in New York City. It’s the stand with the red pickup truck fronted by two tables of tubers and, when in season, a crate of ramps. In an act of benevolence, behind the ramps stood a whitewashed wooden board with, in bold marker, handwritten recipes and ramp preparations from Manhattan’s most season-conscious chefs. 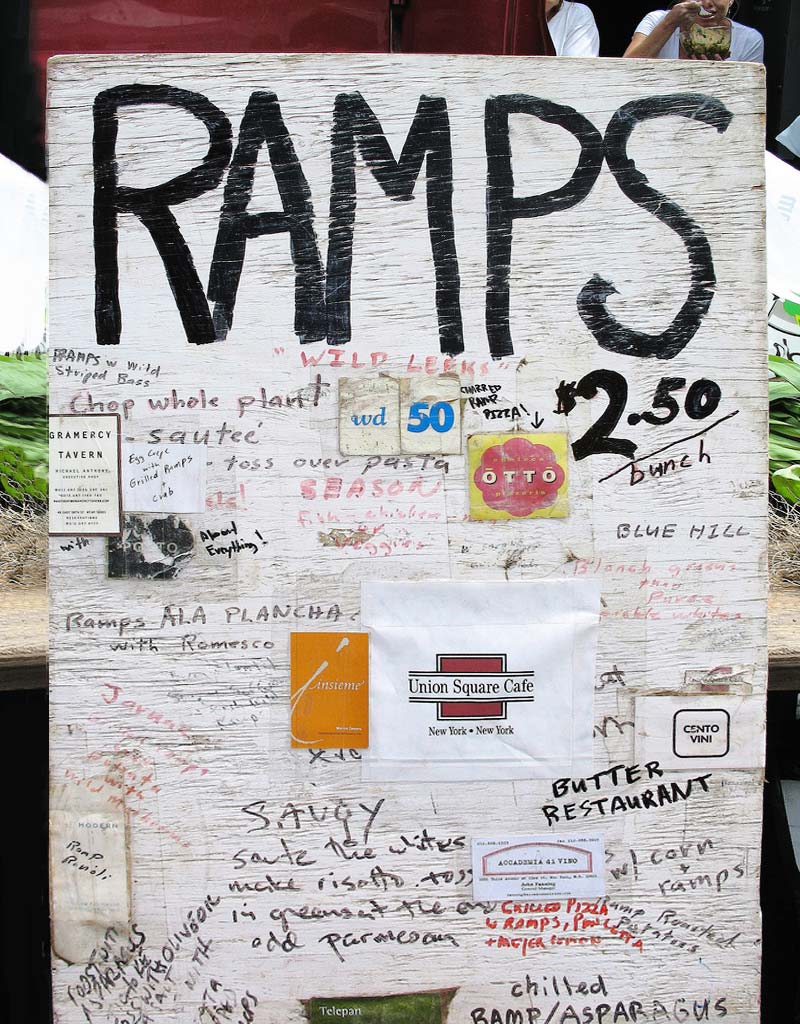 When Bishop started selling ramps 15 years ago, he didn’t know what to do with them, either. Not because he doesn’t like them, though. “Because I can’t cook,” he explains. “But I wanted to be able to tell my customers who asked what to do with them.” So he propped a white board against his truck, scribbled “Ramps” at the top in black magic marker, and asked the chefs who crowd his stand every Wednesday and Saturday to share their thoughts.

They obliged. On that board, they scrawled everything from elaborate approaches to simple seven-word recipes (“Chop whole plant. Sauté. Toss over pasta.”) So plentiful were the inspired ideas, Bishop recently had to retire the original board and begin a second.

And there I found my muse. Not just on the board, exactly, but alongside it, in the form of Alexandra Guarnaschelli, chef of Butter Restaurant and star of two Food Network shows. She’d been chatting with Bishop behind his stand. Not recognizing her, I actually mistook her for Bishop’s help. Though that morning I was late and the last bunch had already been sold to someone else, I asked how she prefers her ramps. She generously shared an impromptu and simple lesson as though she had all the time in the world, explaining how she cooks them whole, starting the sturdy bulbs in the skillet while draping the delicate greens along the top edge of the skillet. When the bulbs are lightly charred, she tucks the greens into the pan until barely wilted, motioning with her hands. 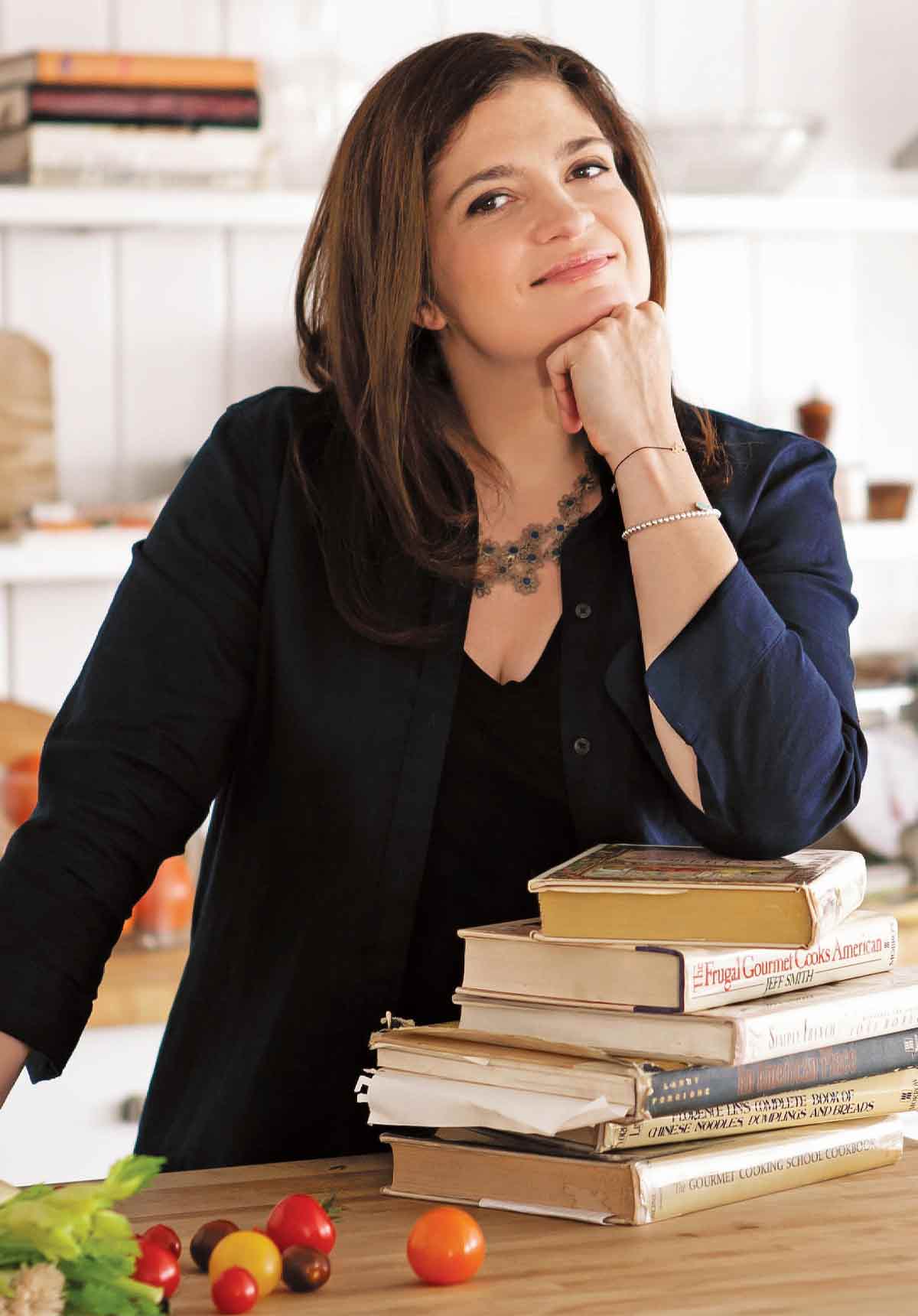 That is to say, she prepares them simply.

It wasn’t until this past weekend, after scoring my first bunch of young, slender ramps from yet another ephemeral season, that I tried Guarnaschelli’s approach. A year’s worth of anticipating, wondering, musing came down to three minutes in a skillet, in which the dainty bulb was sweetly caramelized, the greens barely wilted, and the pungency tamed so that it was only ever so slightly pronounced. Finally, I understood.

Ramp season may be ephemeral. The love is not. 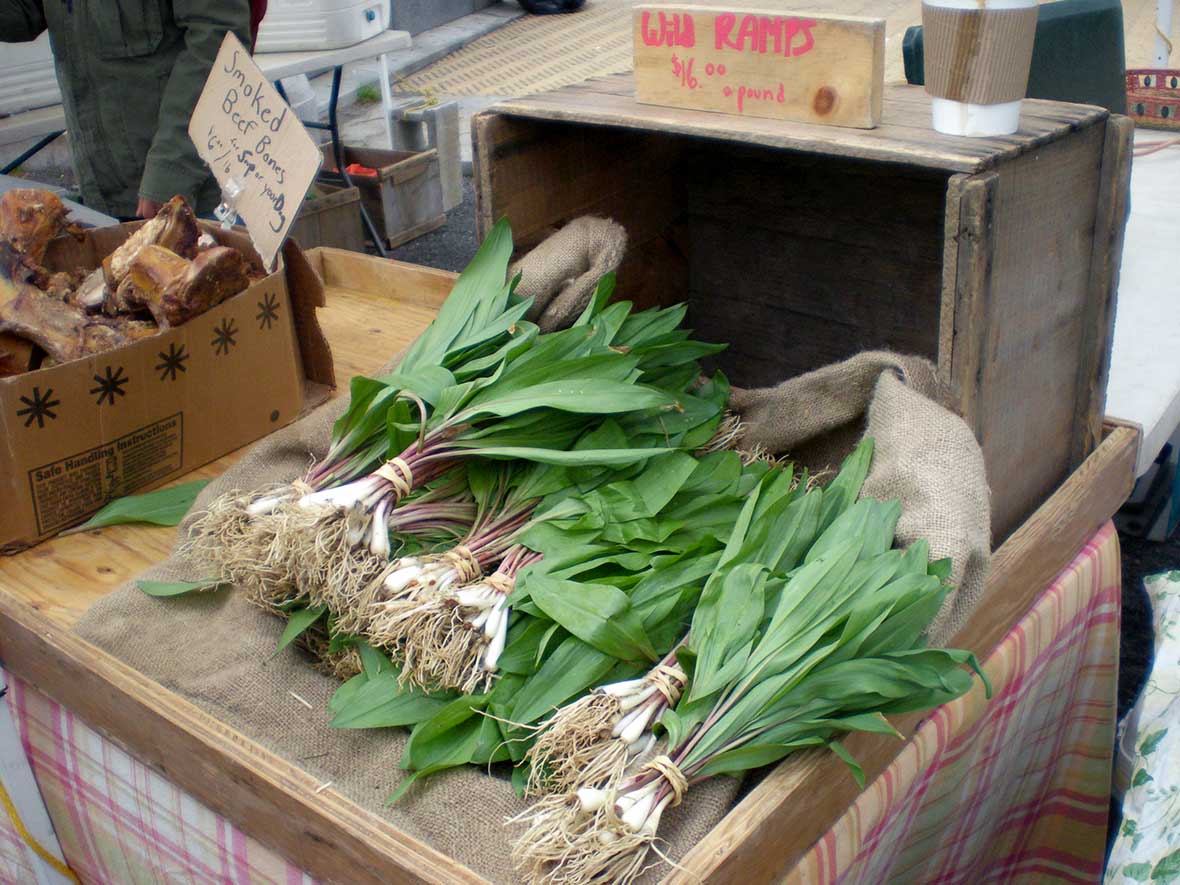 Where can you find ramps?

You may happen upon ramps at greenmarkets and farmers markets along the East Coast and the Pacific Northwest. For those of us who are not in those locations, Whole Foods Market and some specialty food stores occasionally offer ramps during their ever-so-short season. You can typically start finding ramps in early April, depending on the particular weather conditions of any given year. Originally published April 14, 2010.