These braised artichokes with garlic and thyme are slowly cooked in olive oil until tender and infused with garlicky goodness. Here’s how to cook them and create an impressive spring side dish. 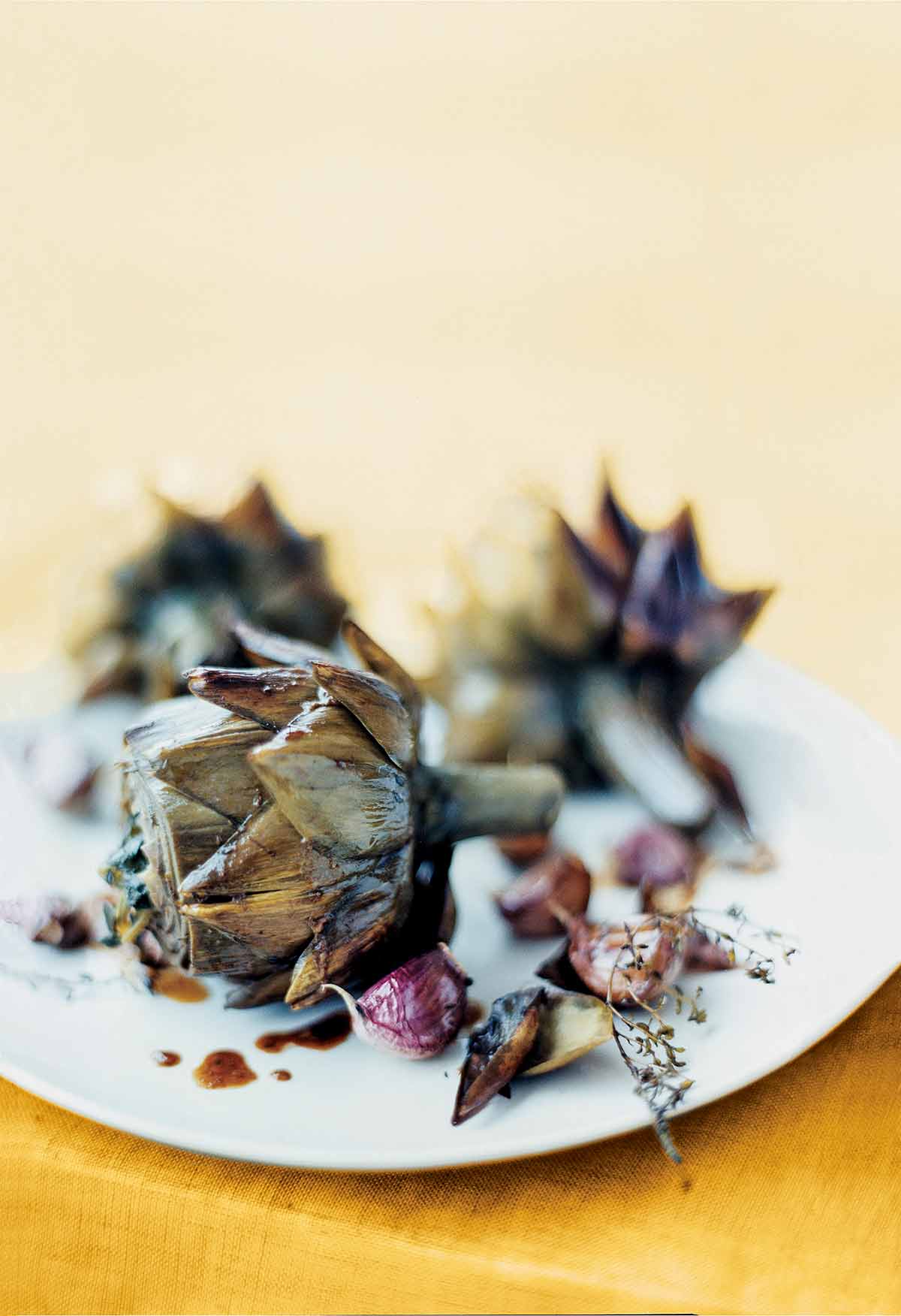 A profusion of artichokes in the markets is synonymous with spring in Rome. Although the Romans have many ways to cook up this bounty–fried being one of the best–we are fond of this slow braise, which infuses the artichokes with a subtle hint of garlic.–The Editors of Gourmet

What kind of wine goes with artichokes?

Artichokes, known as carciofi (car-choe-fee) in Italian, are indeed in profusion in Rome come spring and then again come early autumn. In the States, artichokes have a long season between those two peak Italian times. Yet no matter when you indulge in them, they can be a little tricky to team with wine. This misbehavior can be attributed to the presence of a pesky organic acid known as cynarin, which plays charades with your perception of taste and makes pretty much everything seem strangely sweet for a short while. Sorta crazy, eh? It’s a fluke that’s earned artichokes the term “wine sinners,” though that’s not to say you need to do penance and shun wine with your carciofi. Nooooo. You just need to choose it a little more carefully than usual. A dry white typically does the trick, whether a Sauvignon blanc, a Chenin blanc, or a Vouvray. If you’d like to stick with something Italian, there’s the Villa Simone Frascati suggested by the editors of Gourmet. In their words, it’s “the classic white of the Lazio region that surrounds Rome–light, thirst-quenching, and aromatic.”

Artichokes with Garlic and Thyme 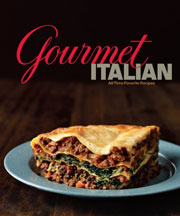 Special Equipment: 6- to 8-quart heavy pot wide enough to hold artichokes in a single layer (about 11 inches in diameter)

Fill a large bowl with cold water and squeeze the lemon halves into the bowl.

Remove the artichokes from the water. Push 3 parsley sprigs into the center of each. Heat 1/4 cup olive oil in pot over medium heat until it shimmers, then carefully add the artichokes, thyme sprigs, garlic, 1/4 cup water, 1/2 teaspoon salt, and the black pepper. Cover the pot and braise the artichokes, turning occasionally, until they’re browned in spots and the base of each artichoke–where the stem meets the leaves–is tender when pierced with a knife, about 35 minutes.

Using a slotted spoon, remove the artichokes, thyme, and garlic to a platter. Add the remaining 3/4 cup water to the pot and bring to a boil. Cook over high heat, stirring and scraping up any brown bits, for 1 minute. Pour the deglazed pan juices (they will be dark) into a small bowl and stir in the extra-virgin olive oil and the remaining 1/2 teaspoon salt. Squeeze the pulp from 2 of the garlic cloves into the juices and mash them into the sauce using the tines of a fork.

Divide the artichokes and, if desired, the remaining garlic cloves among 6 plates and drizzle with the sauce. The garlic cloves can be peeled and spread on crusty bread. Originally published on September 18, 2012.

I must say I love artichokes simply steamed and then eaten with melted butter and lemon juice, but this recipe changed my mind. It still keeps the true flavors of the artichokes intact yet brings them to a higher dimension. The recipe is very easy to follow and the preparation is pretty fast. We all absolutely loved it and the juices were perfect for eating with some bread.

A simple and rustic way to cook artichokes, resulting in a tender heart with outer leaves perfect for dipping. I found it easiest to cut the artichokes down the middle lengthwise and scoop out the fuzzy inedible part. Although I couldn’t stuff each one with the parsley stems, I still added herbs to the dish. The sauce turned out beautifully and instead of pouring it over the artichokes, I used it as a dipping sauce. This clean preparation allows this spring ingredient to shine at its best.

Artichokes with Garlic and Thyme Recipe © 2012 The Editors of Gourmet. Photo © 2012 Quentin Bacon. All rights reserved. All materials used with permission.