This easy rhubarb crisp is made with rhubarb, sugar, orange zest, and a buttery cinnamon streusel topping. It’s a quintessential spring dessert. Not too sweet. Not too tart. Just right. 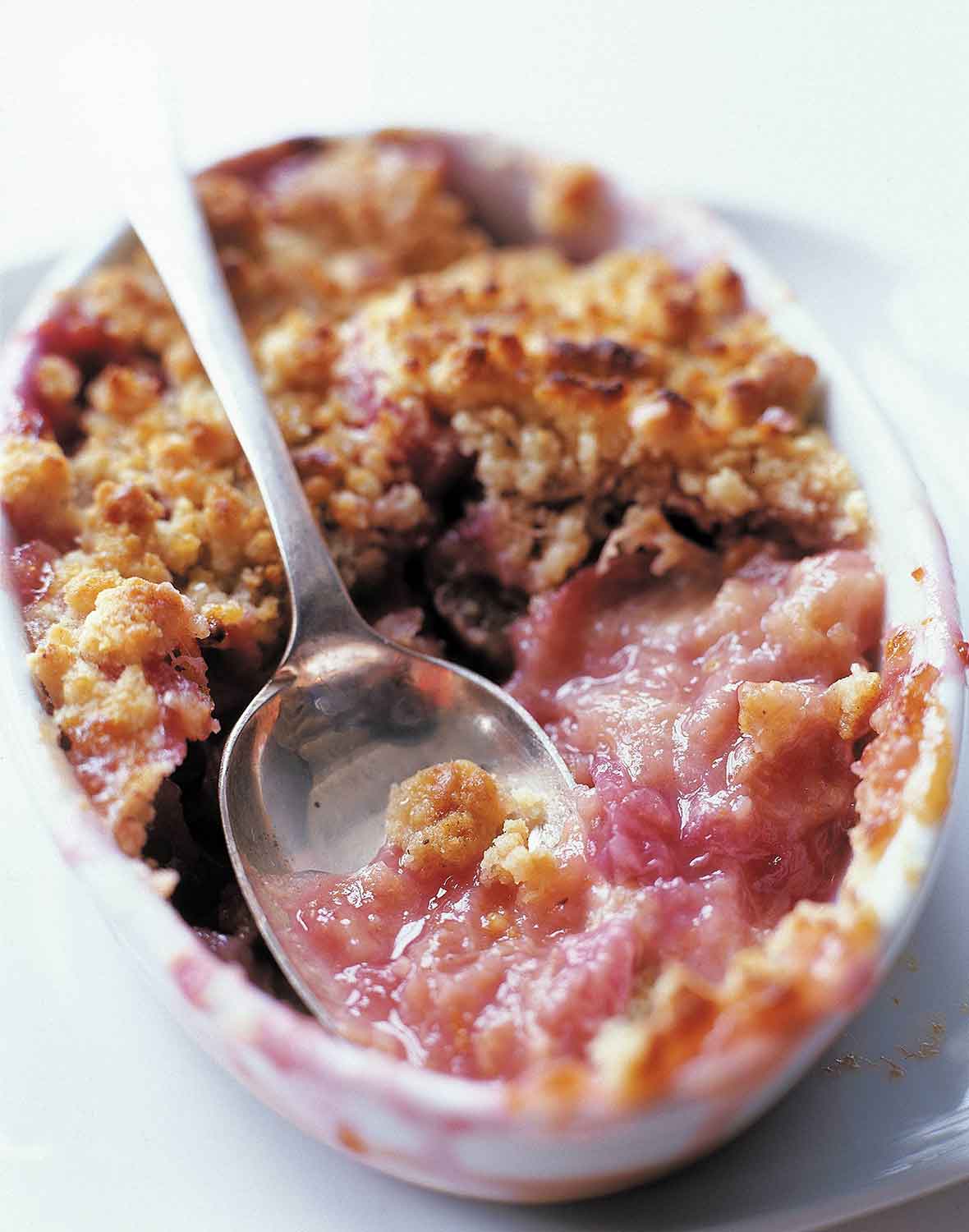 This rhubarb crisp goes beyond being a truly inspired dessert option to also be a lovely breakfast dessert—so much so that we’ve been known to wake early and bake a batch especially for said purpose. And although it’s perfectly lovely all on its own, we wouldn’t kick it out of bed with a little ice cream, whipped cream, or yogurt. Do with that information what you will.  Originally published May 30, 2014.–Peter Berley 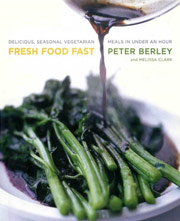 Make the rhubarb filling
Position a rack in the center of the oven and preheat to 425°F (218°C).
In a large saucepan over medium-high heat, combine the rhubarb, sugar, and orange zest and simmer until the sugar dissolves into a syrup goo and the rhubarb is sorta but not totally tender, about 5 minutes.
Make the streusel topping
If using a food processor, toss the flour, brown sugar, cinnamon, and salt in the bowl of the food processor and pulse to combine. Add the butter and pulse until the mixture resembles very coarse crumbs containing pea-sized blobs of butter.

If not using a food processor, combine the flour, brown sugar, cinnamon, and salt in a large bowl. Use 2 knives to cut the butter into the flour mixture until what you have in the bowl resembles very coarse crumbs containing pea-sized blobs of butter.
Bake and serve the crisp
Transfer the rhubarb mixture to a 9-inch pie plate or 10-inch gratin dish and sprinkle the flour mixture evenly over the top. Bake until the topping is golden brown, about 25 minutes.
Let the crisp cool ever so slightly. Serve it warm with a dollop of whipped cream or a scoop of ice cream.
Print Recipe

The first thing I have to say is this will be my new go-to recipe for rhubarb crisp. We love rhubarb in this house (except for my son and son-in-law) and this was definitely a big hit here. Even though this is a really simple recipe, the orange zest really makes the rhubarb sing. My daughter smelled the filling simmering and said this smells amazing and asked what's in it. She couldn't believe it was just rhubarb, orange zest, and sugar. The topping is perfect too, as it doesn't overwhelm the filling. Whipped cream was a great addition to this warm dessert, but my daughter and I agreed it would be good even without the whipped cream. In just a little over 45 minutes, with only about 15 of those hands-on time, you have a perfect dessert to top off most any meal. Next time I have a craving for rhubarb, I know what I'll be making.

It's almost summer, and this rhubarb crisp recipe fits in just right. It's light and fresh, sweet and fruity, and very easy to make. Just cook the slice rhubarb with some sugar and orange peel for 5 minutes, put it in a nice gratin dish, top it with streusel, and bake for 25 minutes. That's all. You can assemble it in advance and pop it in the oven just before dinner. We had some whipped cream with it, and everybody liked it.

Quite the tasty rhubarb crisp recipe! I grew up with rhubarb, so it's one of my all-time favorites. My mom would make pies, cakes, crisps, sauces, etc., as long as it grew in our yard each spring. Sometimes she'd plop me on the back steps outside with a stalk and a small bowl of sugar for dipping. Not sure I'd try that today, but I loved it as a kid! I sliced the rhubarb stalks into 1/2-inch pieces, added the sugar and orange zest, and turned the flame on medium. It cooked for about 7 minutes and broke down into a chunky sauce. I combined the dry ingredients, added the chilled butter, and mixed until the butter was in pea-size bits. I poured the rhubarb into a 9-inch pie plate and added the crumbled butter mixture. It baked for 30 minutes, until brown on top. After it cooled a bit, I tried some and found it to be very good, but I didn't really taste the orange zest or the cinnamon. Next time I'd double the zest and use at least 3/4 teaspoon cinnamon. I might even add some chopped nuts or oatmeal to the topping so it has more crunch. While rhubarb is in season, this makes a quick and easy dessert to throw together.