These homemade potato chips with pecorino, from Mario Batali, are infinitely better than the packaged variety. Try and see for yourself. And get used to having fresh chips on demand.

Homemade potato chips are an entirely different animal from packaged ones and are definitely worth the effort. Make. A. Lot.–Mario Batali

Easy to make. Good with beer. Perfect for parties. Gosh, this homemade potato chips recipe with pecorino takes us back to our college days. The only thing that’s changed is we have more flawlessly exceptional taste in potato chips these days. Well, that and we’re less lazy, although we’ve still included a cheater’s version of this recipe (see below) that relies on store-bought chips rather than the ones you stand at the stove and plunk in oil yourself. Beer pong, anyone?

Homemade potato chips are an entirely different animal from packaged ones and are definitely worth the effort. Make. A. Lot.
Prep 20 mins
Cook 10 mins
Total 30 mins
Sides
American
6 to 8 servings
209 kcal
5 from 1 vote
Print Recipe 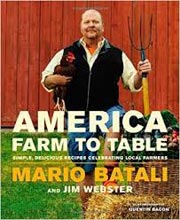 Cheater’s Potato Chips With Pecorino Wanna save yourself some time? If you’re rushed (or just plain lazy), instead of frying your own chips at home, grab a 10-ounce bag plain salted potato chips at the store. Arrange the chips on a rimmed baking sheet and slide them into a 300°F oven until warm, about 8 minutes. The second you remove the chips from the oven, sprinkle them with the cheese mixture, being certain to omit the salt since the packaged chips will already be plenty salty.

This was a very easy, quick, and yummy dish. It was a crazy week for me, so I did the cheater’s version by buying potato chips at the store. Since I really love the thick-cut, just plain olive oil, salt, and pepper chips, I used those here. I heated them in the oven and then tossed them with freshly grated Parmesan and a mix of cayenne pepper and ground chipotle pepper. They were great on their own but also tasted very good with the Greek yogurt. Next time, I would season the yogurt with a bit of salt and pepper and maybe a couple drops of olive oil as well.

I liked this homemade potato chips recipe because it flipped around the traditional combination of plain chip and flavored dip. The spice mix for the chips was great. It’s the black pepper that steals the show here—the amount seems like a lot, but the pepper gives the chips a wonderful fruity spiciness. Making homemade potato chips also made this more of a celebration dish. The testers all liked these a lot—I had to fight them to get to the bowl. I used plain yogurt for the dip, which was perfect as you need a very bland, creamy counterpart to these chips. The recipe was quite labor-intensive since I don’t own a mandoline, which might deter me from making them again…but if you have all the equipment and want to do something special for a party, I think these would be very welcome. I also tried this with store-bought chips (leaving salt out of the spice blend). It was great, but missing the wow factor of the homemade version.

What is more satisfying after a long day of work than a warm, crisp, homemade potato chip?  A warm, crisp potato chip made simpler. I did not make my potato chips from scratch. Instead, I used a 10-ounce bag of Lay’s potato chips. Wow, was this easy. It took about 8 minutes to heat my chips up in the oven. While they were heating, I ground some pepper and grated some cheese. Tossing the chips with the pepper, cayenne pepper, and cheese took about 3 minutes. This made the total time 11 minutes. The chips had great flavor. 2 teaspoons cayenne can blow your socks off, though. I would try 1 teaspoon and add 1/2-teaspoon increments to taste to avoid killer heat, as my family likes spice but not flaming hot. Heat can always be added but is not easily removed. While sour cream is a great dip, I actually prefer blue cheese dressing. This gives the chip a cool bite with some incredible depth of flavor.

If you’ve ever looked at the ingredient list on a bag of flavored potato chips, you’ve probably shaken your head in amazement that it takes so many ingredients just to make, say, a barbecue-flavored chip. And then that flavored chip doesn’t even taste good! Well, here’s the solution—make your own seasoned chips at home. And here’s the perfect recipe for you to do it. These chips come out crunchy and with a nice kick from the seasoning.

You may be wondering what that baking soda is doing in the soaking water. The baking soda breaks down the pectins in the potatoes. This helps them cook quickly all the way through, which gives you a crisper chip. It will also give you nice little air pockets inside and promotes browning during frying. So don’t skip the baking soda—you won’t taste it in the chips at all.

Thanks to the salt in the soaking water, the chips are already somewhat seasoned right out of the fryer. I recommend you taste one plain, then add the seasoning mix to taste. You will probably not use all the seasoning. I seasoned the chips pretty heavily and then used plain yogurt to dip the chips in as suggested by the recipe. That’s a good combination because the yogurt cuts the saltiness and tames the heat. If you don’t want to dip the chips in yogurt, or if you want some other dip that has salt in it, you’re going to need to have a lighter hand with the seasoning mix on the chips. One way to go might be to season the chips a bit less, then mix some of the leftover seasoning into the yogurt.