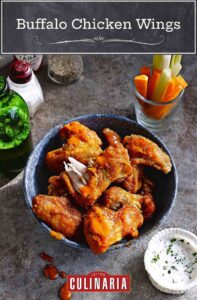 Buffalo chicken wings. You know what we’re talking about. The original. Just like what you get at the bar down the street. They’re fried, not baked. They’re spicy. And they’re surprisingly easy to make in the comfort of your own home.

These Buffalo chicken wings are just as awesome as the ones you love to order by the platter at your favorite bar but boast the added bonus that you can revel in them from the comfort of your own couch. Fried until crisp and tossed in a buttery hot sauce, these Buffalo chicken wings are simply satisfying as heck but aren’t quite complete without a cold beer.–Angie Zoobkoff

Why are they called Buffalo wings?

There are several claims about the invention of Buffalo wings but the general consensus is that they’re named after the city in the state of New York. Most stories can be traced back to the Anchor Bar, in Buffalo, around 1964. At that time, wings weren’t used for much more than making stock so they were a cheap resource. While the reasons why are disputed, the owners of the Anchor Bar deep-fried and sauced those wings and a legend was born.

Why do I have to let the wings sit after they’ve been coated with flour?

Coating wings with flour before frying gives them a nice crisp finish without actually breading them. If you leave the flour-dusted wings in the fridge for an hour, the skin will dry further, without losing moisture from the meat. The flour absorbs just enough moisture to give you that crunchy skin that Buffalo wings are known for.

I have full wings, instead of pieces. How do I separate them?

Buying full wings, instead of “party wings” that are already separated, is a good idea for a few reasons–they’re cheaper on average and you’ll also have a bag of wingtips at the end to add to stock. Use kitchen shears or a decent chef’s knife to cut through the joints. Feel down the wing and find the two joints on either side of the flat–where it wiggles is where you cut. Snip or chop right through the knuckle and that’s it! 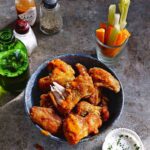 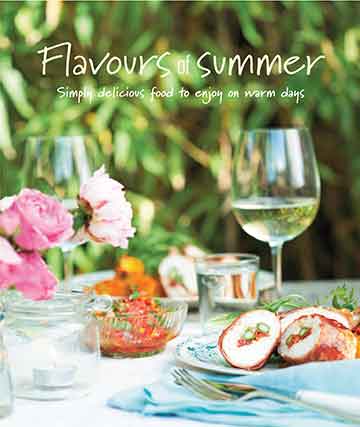 For the Buffalo chicken wings

For the hot sauce

These Buffalo chicken wings were absolutely fantastic. They came out perfect—nicely browned, crisp skin, tender and juicy chicken meat, and the sauce was very good and not overly spicy.

Very nice Buffalo chicken wings recipe. Thanks to coating the wings in flour and spices and letting them sit for an hour, you get a really nice flavor and super crispiness. I used smoked paprika and it gave the wings a nice extra layer of flavor. I used my wok for frying. It took about 12 minutes to fry the wings to a golden brown. I did the wings in 2 batches. I made this as an appetizer for 3 and it was enough.