Ladle on this chipotle beef chili with Cheddar cheese sauce on burgers, potato skins, tortilla chips, spaghetti, or simply reach for a spoon. Here’s how to make it.

If anyone in this business could make money out of a stone, it was Uncle Denny. He had a club called the Blue Angel, which had a lab downstairs where he mixed bootleg liquor with legal liquor. He knew how to get the absolute most out of anything. He’s been credited with watering down mustard, not giving lids or straws on cups, and telling people he’s out of napkins when he had a whole supply stashed away. But his absolute best was whenever a cook was ready to pitch something, he’d look at it and say, “Put it in the chili!” It became a family joke, so how could we not name it after Uncle D!–Spike Mendelsohn

Unlike most chilis, this intensely flavored chili with a mellow chipotle kick isn’t exactly intended to be served on its own, but rather with Cheddar cheese and sour cream to mellow its rich, sweetly spicy heat. We also swoon to it spooned on a burger, glopped on a baked potato, slathered over fries, even dumped on spaghetti or white rice. Just pass the napkins. 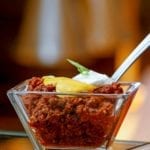 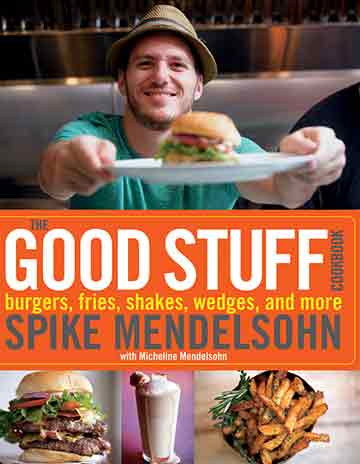 This chipotle beef chili is a very good, sweet chili with a strong after-kick from the chipotle chiles in adobo sauce. I reheated it the next day and, like almost all chilis I’ve made, the overnight sitting melds the flavors and makes it even better. So, what can I say? The day after? Even better!