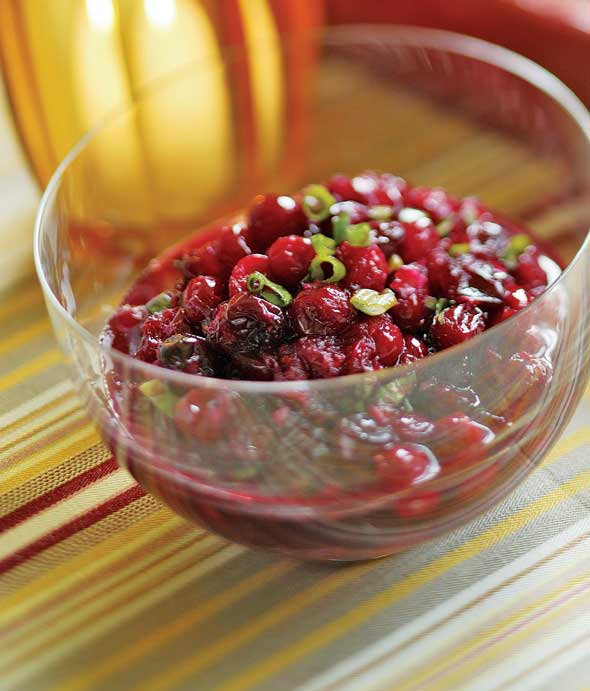 Adapted from Michael Brisson | How to Cook a Turkey and All the Other Trimmings | Taunton Press, 2007

This cranberry citrus compote gets cooked in the oven, not on the stovetop, so it’s hands-off. You can make it up to a week ahead; store it in a zip-top bag to save space in the fridge.–Michael Brisson 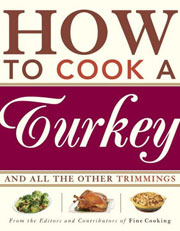 Combine the cranberries, lemon and orange zests, shallots, and sugar in a large bowl and mix thoroughly. Turn into a 3-quart glass baking dish and drizzle over the orange juice.

Bake, stirring occasionally, until the sugar is dissolved and a few berries have popped open, about 30 minutes. Remove from the oven, let cool thoroughly (the pectin in the excess liquid will firm up when cool), cover, and refrigerate.

On the day of serving, remove the cranberry compote from the refrigerator early in the day to bring it to room temperature. Fold in the sliced scallions and scrape into a serving bowl.

This cranberry sauce has three big logistical pluses going for it—all of which are noted in the introduction to the recipe. First, the idea of using the oven is terrific, freeing up valuable burners while preparing the Thanksgiving feast. Second, it’s designed to be made up to one week in advance. Third, it has the consistency of a sauce, and as such, can be stored in a space-saving plastic bag after cooking and before serving.
Prepared according to the directions, the results are delicious. The oven-cooking works beautifully. The combination of the shallots, lemon and orange zest, and freshly squeezed orange juice adds interest to the traditional sweet sauce of just cranberries and sugar, yet allows the cranberries to take the spotlight without being overshadowed by spices.

The direction to add sliced scallions shortly before serving didn’t work for me, however. The scallions marred both the beautiful red color and the saucy texture, as well as the taste: were I to want green color, I’d prefer a simple parsley garnish, or even a sprinkling of the sliced scallions atop the cranberries. Were I to want a textural variation, I would prefer the crunch of a nut, such as walnuts or pecans, to the crispness of the scallions. Were I to want a sharp counterpoint of flavor, I would prefer black pepper, a dash of hot sauce, or even mashed or pureed chipotles in adobo.

For my taste, this could have been a little less sweet, but I wonder if the proportion of cranberries to sugar is important for the texture, and if the result would be soupier with less sugar.