This heartachingly tender Coca Cola brisket recipe, a Southern classic, draws on just four ingredients—including, natch, a can of Coca Cola. We can assure you that we’re hearing from everyone that the braised brisket that results is way more than the sum of its parts. Although we’ve witnessed about as many different ways to tweak this as there are cooks who’ve made it. Some folks first coat the beef with a dry rub. Or swap ketchup or barbecue sauce for the chili sauce. Others toss a heap of sliced onions in the pan. Or strew chopped carrots, potatoes, or sweet potatoes around the brisket. Many first marinate the brisket overnight in a couple cans of Coke before draining and proceeding with a new can of Coke. Lots slather the final roast with barbecue sauce and return it to the oven, uncovered, for a few minutes. We could go on. That said, while you’re welcome to make this recipe your own, many folks—including our recipe testers whose comments are found below—are quite fond of it simply as is.–David Leite 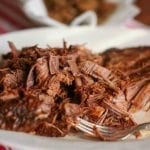 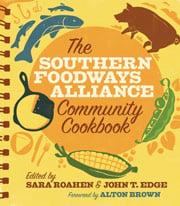