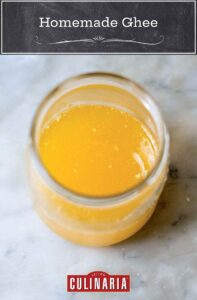 Wondering how to make ghee? The answer is as simple as melting unsalted butter and waiting patiently.

We’ve been hearing lots of folks ask us how to make ghee lately. And the answer, surprisingly, is as easy as melting butter and being patient.

Keeping butter over low heat for an extended amount of time causes the milk solids to separate out and sink to the bottom of the pan. The golden liquid that remains suspended is ghee. It’s as uncomplicated as that. Seriously.

Because ghee lacks milk solids, it has a higher smoke point than butter, which means it’s safe to use for stovetop cooking without as much risk of burning, even at relatively high temperatures.

Ghee can also be tolerated by some folks with mild lactose intolerance and is paleo-friendly. We’ve heard quite a lot of purported health benefits about it as well, although truth be told, we remain most astounded by its kitchen performance.–David Leite

How To Make Ghee 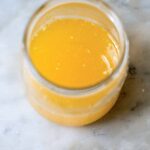 Ghee is much loved by those who use it and we think you'll adore it, too. Melting unsalted butter and removing the milk solids gives it a higher smoke point and more flavor.
Prep 30 mins
Cook 15 mins
Total 45 mins
Condiments
American
24 tablespoons (makes about 1 1/2 cups)
136 kcal
5 from 1 vote
Print Recipe 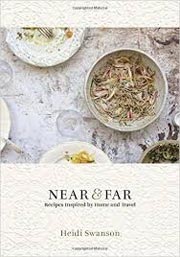 How To Make Clarified Butter Variation

Knowing how to make clarified butter is as easy as knowing how to make ghee. The difference between the techniques, explains cookbook author and blogger Heidi Swanson, is that ghee is cooked longer and, as a result of being in contact with the milk solids for more time as they warm, has a more intense flavor profile. To make clarified butter, simply follow the above ghee recipe but be certain to pull the pan from the heat before the milk solids begin to turn brown.

I’ve never actually made clarified butter before and this was a great tutorial. I had just two layers—a top layer of clear butterfat and bits of foam that would sort of bubble up from the bottom from time to time. I had a really hard time trying to pour off the clarified portion without getting any of the milk solids from the bottom. I used some on my pancakes this morning and it tasted like butter. I suppose I expected something different and exciting (maybe that’s due, in part, to the hype surrounding ghee as a superfood these days!). I have the solids in a separate dish and have been using them just as I would use butter on bread or my morning toast.