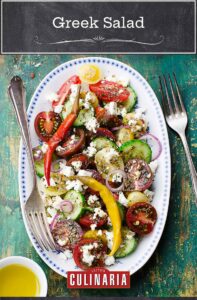 This Greek salad relies on cucumbers, tomatoes, peppers, onions, feta, and a tangy white wine vinaigrette, like the Mediterranean classic. But in a twist on the traditional, it lets the cukes, peppers, and onions linger in the dressing a while first to lend them a pickle-ish oomph. 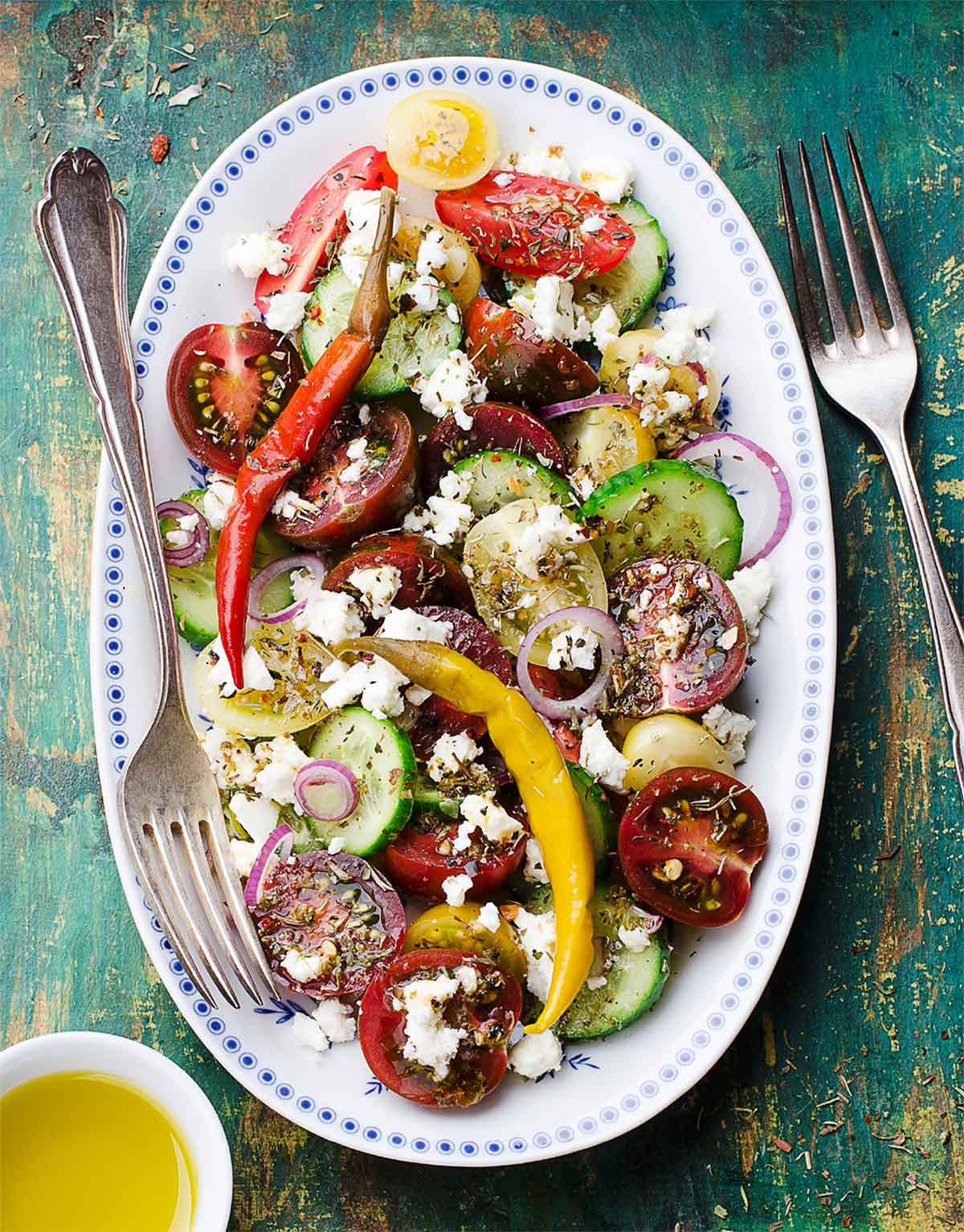 Marinating cucumbers, onions, and banana peppers infuses them with the flavor of the herbs and vinegar and mellows the bite of the onions and peppers.–Sonoma Press 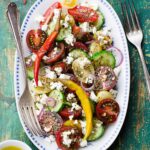 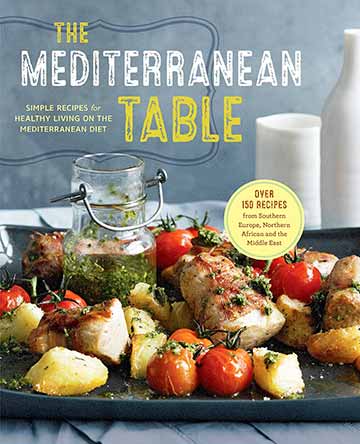 *What kinds of peppers should I use in my Greek salad?

Use any mild pepper, such as sliced red or orange bell peppers, or other small mild chiles, like banana peppers. Already pickled, pepperoncini peppers are another great option—they have a pretty mild amount of heat, too.

I love Greek salad and most things Mediterranean so I couldn't wait to try this recipe. This definitely falls into the category of "recipes that you can tailor to suit your personal tastes and it's tough to mess it up."

The frugal side of me doesn't like buying special ingredients for recipes when I can make easy substitutions using what I already have on hand so I used regular oregano, standard grocery store cucumbers, red bell peppers instead of banana peppers, and feta cheese. I was very happy with the results. I added a healthy dose of Kalamata olives because I just don't think a Greek salad is complete without them.

I marinated my salad for 1 hour and then, after the initial meal, I enjoyed leftovers the next couple of days with satisfactory results. I ate this as an entree salad with grilled chicken, as an accompaniment to grilled steak, and stuffed in a pita for lunch. I also think it would be great served over cooked quinoa.

This is a fabulous Greek salad. Crunchy, vibrant, refreshing, and full of great flavors. We enjoyed it very much the day I made it but found that it was even better the next day. The cucumbers and the onion had gotten pickled from sitting in the vinegar.

I used red, orange, and yellow sweet baby bell peppers which I cut into lovely rings. This is going to be a great salad to make all through the spring and summer. I can see it going beautifully with barbecued meats.