Raspberry fool is a simple Irish dessert that’s made from just three ingredients—raspberries, sugar, and heavy cream—but is impressive as heck, whether for a quick weeknight sweet or a dinner party dessert.

We’ve no idea where the name “fool” comes from in regards to this dessert. Because there’s nothing foolish about conjuring a conversation-stopping dessert from just three ingredients. Nothing foolish at all. When raspberry season is nigh, by all means, use uber fresh raspberries, though it’s just as spectacular when made with frozen berries.–Renee Schettler Rossi 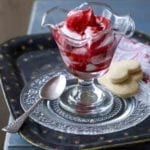 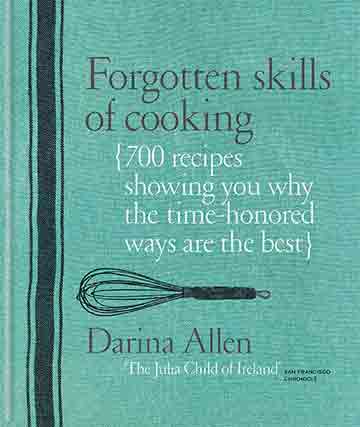 This is a great throw-together dessert. It’s simple to make and calls for only a few ingredients. I like that you can use either fresh or frozen fruit, so you can make this recipe any time of year and the results will be the same. It’s very versatile and almost impossible to mess up. The key is in the mixing: If you want those pretty swirls of fruit purée, do not overmix. I’d even suggest using a knife to swirl as you would a marble cake. I served it in dessert bowls the first time I made it. The next time I layered it with pound cake topped with more fruit purée. It makes a very pretty dessert that way.