Clarified butter, called ghee in Indian cooking, is made by slowly heating butter to remove the water and milk solids. The resulting pure fat has a higher smoking point and lends food a rich, decadent flavor. It’s also 100% paleo.

Little-known fact from Jill Prescott, who wrote the recipe below: Butter is made up of three components: water, milk solids, and fat. The milk solids are what start to brown and burn when you heat butter over heat that’s a little too high. The process of clarifying butter removes the water and milk solids, explains Prescott, leaving behind pure fat that has a slightly purer, richer flavor and a higher smoke point. Keep in mind that you will lose one-fourth to one-third of the butter in the clarifying process, so check how much your recipe calls for, and decide how much whole butter to start with.–Renee Schettler Rossi 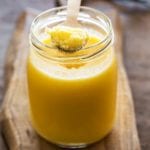 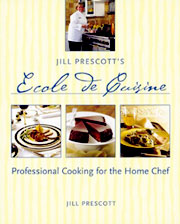