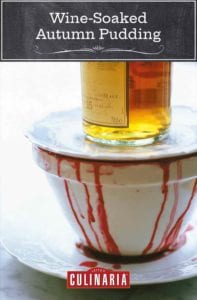 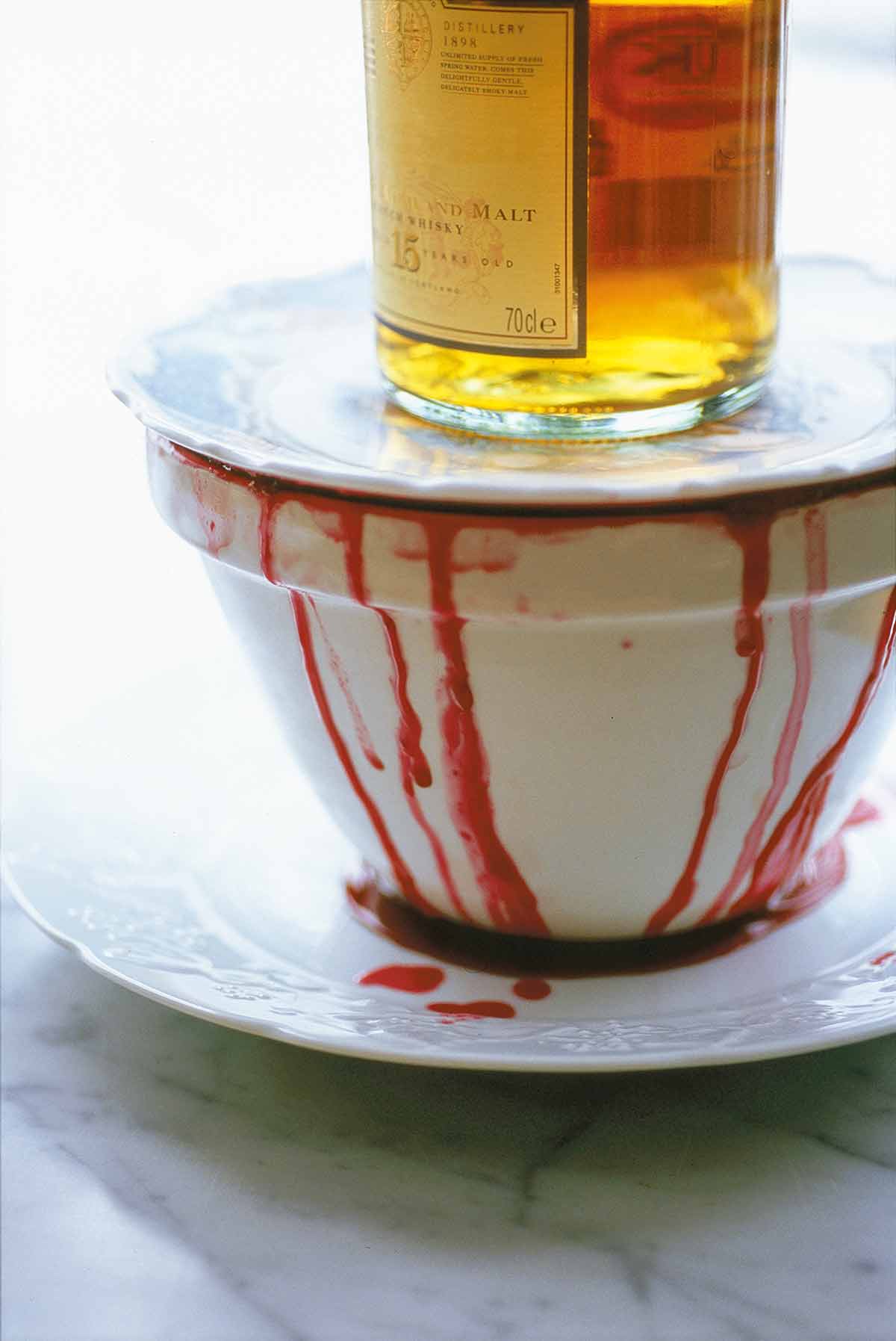 Even better, to my mind, than the summer version. It may seem extravagant to make this with wine but you don’t need a fantastic bottle. A passable Chilean Merlot or something similar left over from the night before is perfectly good enough.

I’ve sometimes made this in the morning for that evening, but it tastes better if you can wait until the next day.–Diana Henry

This recipe is a smidgen vague in certain places. Intentionally so. It’s because the vagaries inherent in various types of fruit in varying stages of ripeness make it a little tricky for us to articulate exactly how long to simmer your fruit and precisely how much liquid you should expect. Suffice it to say, simply simmer the boozy fruit concoction until it turns syrupy. Then spoon what seems a judicious amount of that syrup over the bread in the bowl. If you’ve syrup left over, refrain from the compulsion to dump it all in the bowl, as that will lead to one thing and one thing only—refrigerator shelves stained purple from when the bread on top soaks up all the wine and causes the bowl to overflow. (A fetching shade of purple, but still, purple.) Instead save the syrup in a separate container and spoon it over the unmolded pudding or, even better, savor it drizzled over a scoop or three of vanilla bean ice cream. 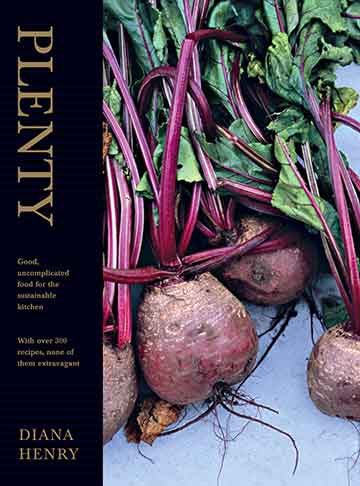 Place the dried fruit, if using, in a bowl and add just enough boiling water to cover. Let plump for about 15 minutes. Drain the fruit, discarding the liquid.

Place the fresh apples and plums, wine, sugar, and cinnamon in a saucepan over medium heat, stirring to help the sugar dissolve. Simmer until the fruit is almost tender and the wine has reduced somewhat. (The timing will vary depending on the ripeness of your fruit and the thickness of your slices.) Add the blackberries to the pan along with the dried fruit, if using, and cook for 5 minutes. Strain the mixture, reserving both the fruit and the syrup separately. Add the cassis to the syrup if desired. Taste the syrup and, if a sweeter or boozier syrup is desired, adjust the ingredients accordingly. Similarly, if the syrup is still quite a lot more like water than syrup, simmer it slightly longer to reduce it. Let the syrup cool to room temperature.

Cut 1 slice of bread in a circle to fit the bottom of a pudding bowl—that is to say, any large bowl with a capacity of at least 6 cups. Line the pudding bowl with a couple large sheets of plastic wrap. Then line it with a single layer of bread, beginning with the circular piece in the bottom and being sure to dip each slice in the cooled syrup before you place it in the bowl. Cut the bread into broad fingers if that helps you fit the slices in the bowl. Fill in any little gaps between slices by tearing off smaller bits of bread to fit. You will have some bread leftover.

Using a slotted spoon, plop half the fruit in the bread-lined bowl. Discard the cinnamon stick when you happen upon it. Place a single layer of bread slices on the fruit, first dipping the bread in the syrup before placing it in the bowl and again filling in any odd gaps with bread torn to fit. Spoon the remaining fruit on top of the bread and finish with another layer of undipped bread. If any syrup remains, pour it over the bread.

Place a small plate (it needs to have a diameter smaller than that of the bowl) on top of the bread and weight it with cans or a heavy bottle. Loosely cover the bowl and place it in a baking pan in case of spills. Refrigerate for 24 hours.

To unmold the pudding, just before serving, invert it onto a large plate and remove the plastic wrap. (If you didn’t listen to us and failed to line the bowl with plastic wrap, you may wish to run a thin, narrow knife between the pudding and the edge of the bowl prior to unmolding.) If you’re feeling flush, pour some more cassis over the pudding to create a nice glossy sheen and an slightly boozy oomph. Slice the pudding with a serrated knife and serve with a dollop of whipped cream or crème fraîche.

I really love English summer puddings, which usually have a ton of berries. So trying this recipe out was very attractive to me as a nice fall version. I really loved the recipe from a flavor and texture perspective. The end result is satisfying with wonderful flavors and very interesting textures due to the dried fruit mixing with the soft plums, cooked but crisp apples, and soft bread. Since I’ve made summer puddings before, I kind of knew what to expect and do, but someone who has never had or made one might have issues and the recipe could be a failure. A few things: not just any white bread would work. You need a sturdy, fine-crumb, enriched white bread, like a Pullman loaf, as the recipe specifies. Lean breads with a really open crumb—country-style or rustic breads such as ciabatta—won’t do as well. After cooking and straining, the fruit and the syrup should be allowed to cool a bit; this makes assembling the dessert so much easier. I let them both cool to room temperature. I needed to make two substitutions. I couldn’t find dried apples at my grocery store oddly enough, so I used dried apricots and they worked great. I also used blueberries instead of blackberries; they were cheaper and I like them a lot more.