Chili buns are a traditional Appalachian thing and they’re essentially hot dog buns slathered with the easiest chili you’ve ever made. Add a hot dog and slaw and you’ve got its kissing cousin, the slaw dog.

“Neither the chili bun nor the slaw dog, aka West Virginina Hot Dog, are quite the same thing as what the world calls a chili dog.” Thus begins Ronni Lundy’s recipe for these chili buns and slaw dogs. So let’s just heed her advice and adjust our expectations accordingly, shall we? As she explains, a chili bun is just chili on a bun. If local lore can be believed, it’s offspring of southeastern Kentucky during the Depression era. (You can read more on the history of the chili bun below.) It’s quite possibly the quickest chili you ever did make—we’re talking 10 minutes, folks—although it’s known as chili sauce in West Virginia, not chili, thank you very much. A more indulgent variation on chili buns is what’s known as slaw dogs, which is essentially a chili bun with a hot dog and some slaw plopped on top. You decide.–Renee Schettler

The History of the Chili Bun

Curious to learn more about the history of the chili bun? Here’s what Victuals author Ronni Lundy has to say about it: “I like to claim their inception for my hometown of Corbin and note that our earliest oral history of chili buns involves iconic pool rooms, The Fad and Nevels. By my early childhood in the 1950’s, the best chili buns in town were being made at the Dixie.

“It was in the early 1960’s that the chili bun moved out of shady pool room culture (where ‘nice’ women and little children were not allowed) and into the burgeoning drive-in custard stand scene. There it met the West Virginia Hot Dog, which many claim had its origins at the Stopette Drive-In outside of Charleston, West Virginia, during the Depression.” 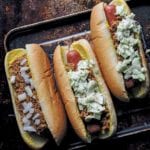 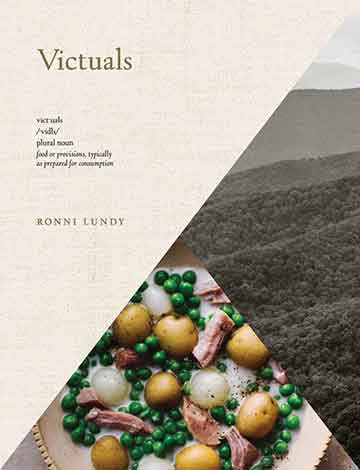 For the chili sauce

If you want to make chili buns

If you want to make slaw dogs

How to make chili buns

How to make slaw dogs

These chili buns and slaw dogs are a flexible, family-friendly dish that pleased the grandparents, parents, and children alike! Making both the slaw and the chili meat allowed the meat lovers to have double the fun while those with less hearty appetites could enjoy their hot dogs topped with slaw only. My favorite was the combo of the two and the unsweetened peppery slaw really cut the heaviness of the chili hot dog. We had 7 chili dogs and there was still 3/4 cup chili leftover afterwards. I used Heineken beer and 85% lean ground beef (leaner beef would have been better). The cinnamon was a surprising touch and even more smokiness could have been achieved by using more ground chile powder to taste (maybe an extra 1/2 teaspoon).

I really love the endless choices this chili buns recipe offers. I think it would be great as a picnic or camping meal for a group (with larger quantities, of course). Don’t like hot dogs? Eat a chili bun. Don’t like veggies on your dog? Hold the slaw or put it on the side. I’m not much of a hot dog eater, so I made a chili bun and had slaw on the side, but others loved the slaw dogs. The chili is very good—nice and thick with a zippy bite to it. It held up really well in the bun and didn’t get soggy or drip anywhere. I really loved how it tasted with the mustard on the bun. I think the coleslaw was a perfect counterpart to the chili.

I made this chili buns recipe because it just looked so darn good from the picture. I’ve never made an easier chili and it packs a lot of heat and flavor for being so easy to prepare—under 10 minutes total from start to finish, now that’s a record! Even the most inexperienced cook can make this chili. This recipe is something every boy or girl scout should have handy to make for a quick-to-prepare meal. I used cayenne and it was very spicy; use a chili powder for a milder flavor. I liked the chili by itself more than I did on the dog, but that’s my personal preference. A little shredded Cheddar wouldn’t hurt anything, either. My teenager loved the slaw dog recipe and gave it an 11 out of 10 without the slaw. I’m not sure the recipe absolutely needs the slaw though, especially if just making the chili dogs. I liked the texture of the chili and it packed a flavor punch for the short cooking time, which was a surprise. I used cayenne pepper and the chili was spicy hot but not too hot…although definitely too hot for those who can’t take heat. Maybe just use chili powder instead.