Brodo di pollo. That’s Italian for “the most gosh darn comforting and restorative chicken soup ever to cross the lips of someone who’s under the weather or just needs some soothing sustenance.”

Brodo di pollo is essentially Italian chicken soup. And it’s perhaps the most comforting sort of chicken noodle soup. Just ask any Italian. It’s quick. It’s easy. It’s got pasta. It’s sprinkled with Parmesan cheese. It’s made by nonnas everywhere. And it’s the perfect restorative when you’re feeling a little—or a lot—under the weather or in need of some serious spiritual soothing. Unlike many chicken soups that are crowded with just about everything but the kitchen sink, this simple classic is relatively spartan—intentionally so given that it’s for those who are convalescing. But what’s especially fantastic is that, in typical frugal Italian home cook fashion, the chicken and vegetables that are simmered to make the broth can be reserved for another meal on another day. Less waste as well as less work for you.–Angie Zoobkoff

How Has Chicken Soup Healed You?

One of our recipe testers who tried this brodo di pollo recipe offhandedly commented, “I’ve been raised on chicken soup as a cure for pretty much everything—and I mean EVERYTHING, including colds, heartache, and puberty.” Chicken soup for the soul, indeed. If you’ve ever experienced a chicken soup that has healed you in some way, we’d love to know. Kindly let us know in a comment below. 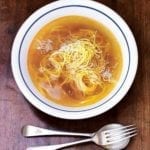 Brodo di pollo. That's Italian for "the most gosh darn comforting and restorative chicken soup ever to cross the lips of someone who's under the weather or just needs some soothing sustenance."
Prep 15 mins
Cook 1 hr
Total 1 hr 15 mins
Mains
Italian
4 servings
343 kcal
5 / 5 votes
Print Recipe 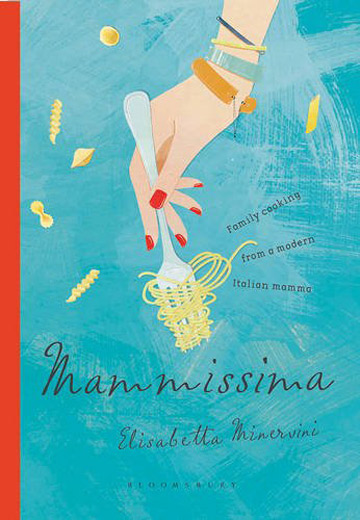 A perfect broth for a healing body, this brodo di pollo is mild, nourishing, and ready in just over an hour with less than 15 minutes hands-on time. This was an easy, satisfying soup and we will make it again.

We served the soup with lemon slices and herbs. We saved half the broth for the next day and added the carrots and chicken meat. Next time, we’ll double the recipe. Why not serve 8 instead of 4? Or save half in the freezer?

We made the chicken broth, shredded the chicken, and added back the carrots which turned it into a very hearty brodo di pollo soup that made a simple but satisfying dinner. I decided to use angel hair pasta, which I thought appeared very similar to the pasta shown in the recipe photo. This worked very well.

I used 5 chicken legs, which weighed 1 1/2 pounds. I also think you could make this recipe with chicken thighs or drumsticks, as mentioned in the recipe. With the chicken and carrots added, this Italian chicken soup would serve 6 as a meal.