Beer cheese soup is traditionally German but is also popular in the Midwest, where fall and winter weather makes it a welcome bowl of warmth. You can use any Berghoff beer with this, but my favorite is Berghoff Original Amber. The only tricks to making this beer cheese soup are using freshly grated cheese (packaged pre-grated cheese from the supermarket doesn’t melt well) and not letting the soup boil during or after adding the cheese. I like to serve it with a plain or caraway pretzel, or with freshly popped popcorn. Put the bowl of popcorn on the table and let everyone add it to the cheese soup as they eat.–Carlyn Berghoff and Nancy Ross Ryan

We know, we know. You want immediate gratification. But sometimes there’s something to be said for delayed gratification. Or perhaps we ought to say there’s something to be slurped, because when the soup is left to rest overnight in the fridge, the flavors mellow, the texture thickens, and the overall experience becomes one of beery, cheesy goodness. 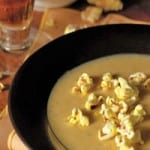 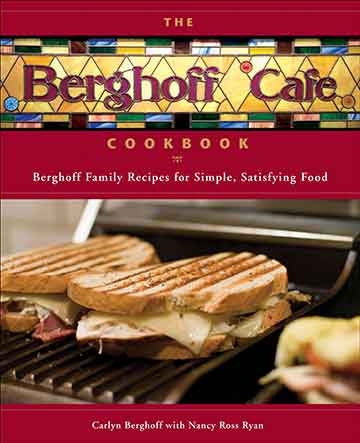 Instead of grating cheese at home, have the deli slice the cheese thinly. Then add to the soup slice by slice. Use half sharp and half mild Cheddar. Substitute vegetable broth for the chicken broth.

This Beer Cheese Soup recipe is delish, perfect for a cold night, and deserves a Testers’ Choice mark for being excellent comfort food. (With four cups of cheese, however, you may want to visit your cardiologist after eating a bowl or two.) The ale cuts the richness of the cheese with a slight bitterness, making it frighteningly easy to throw down a big bowl. The preparation is mostly simple, but the recipe could use more specificity in its description of whisking in the milk. It should come to a healthy simmer in order to thicken properly. Next time, I would try a bit less flour to make the consistency a little thinner. Topping it with fresh chives adds color and texture.

This is a soup that benefits from being made ahead of time. It was delicious the night I made it, but the flavors really melded when I reheated it the day after. This is not a sweet cheese soup, so soft pretzels, rye croutons, and similar complimentary flavors are just the right garnishes. When adding the milk after the flour (roux) stage, keep stirring and watching until the mixture has a thick, almost pudding-like consistency. You want this part of the recipe to have enough body to handle the addition of the stock and beer, or you’ll end up with a thin soup. We got 4 servings of soup from this recipe. Serve with a rich salad or add a charcuterie plate before.