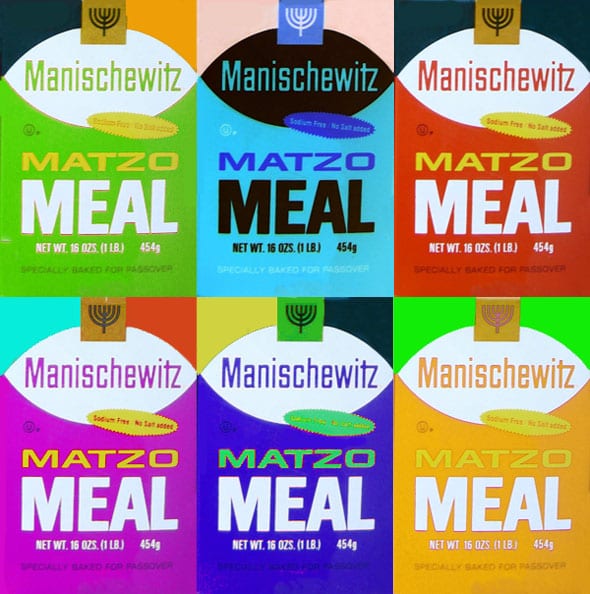 Where I come from, rites of passage take all forms. They might involve the unnerving introduction of a prospective spouse to the rest of the family; they could be more religious in nature, and include a Confirmation or a Bar Mitzvah. Having a baby is certainly a rite of passage for both mother and child, particularly if there is a bris involved. But, in my family, there is no greater rite of passage, and no bigger test of one’s viability as an adult member of the tribe than the successful making of a Passover matzo meal sponge cake that doesn’t weigh as much as the anchor on the Lusitania.

As a cook, holiday food — that stuff we eat once a year — doesn’t generally scare me. I have been responsible for producing — in another state and in someone else’s kitchen — a successful sit-down Thanksgiving meal for 14 of my nearest and dearest. I’ve made entire Christmas and Easter ham-and-kielbasa dinners for my partner’s family. I’ve roasted a veritable flock of Hanukkah chickens and a gaggle of Christmas geese. I’ve prepared Chinese duck, Greek lamb, Italian pork, and German veal for every conceivable sort of traditional festival, religious or secular, and while they’ve sometimes proven to be culinarily challenging occasions, none of them has ever held a candle to the one holiday that continues to make me shake in my clogs: Passover.

Maybe it’s the rules. Maybe it’s the memory of my grandmother vacuuming the breadcrumbs out of the crevices in her speckled kitchen linoleum floor. Maybe it’s the law that says if you’re going to cook for Passover, chances are pretty good that whatever you’re going to make is going to be prepared with matzo meal, a substance that, when combined with liquid of any sort, instantly becomes the only comestible with a half-life, like plutonium. Matzo meal is utterly daunting, and when it’s used in apparently simple recipes, things can go horribly awry. So I’ve always left Passover to my cousin Carol, who, in the 1970s, made five traditional Seders in Little Rock, Arkansas. Carol is afraid of nothing, and matzo meal doesn’t much frighten her either.

But one must eventually grow up, and when I realized that my family still thought of me as a child because I’d continued to arrive at our Seder empty-handed but for a canister of store-bought macaroons, I realized that things had to change. As a food professional, I had to at least offer my services. One year, the week before Passover, I called my cousin and asked her what I might bring. Then I held my breath and prayed she’d say a container of macaroons

“You could make a matzo meal sponge cake,” she said.

“Go to the store and buy a box of matzo meal. Follow the instructions on the back. That’s it.” And then she hung up.

Once I got my nerve up, I went out and bought not one box but two (in case I made a mistake), but so terrified was I of the stuff that I put off the baking until the morning of the Seder. I padded around my apartment, still in my pajamas, while the threatening little yellow and red box of matzo meal stood menacingly on my kitchen counter. I paced and reasoned and even took out my copy of the Culinary Institute of America’s textbook just to remind myself that I really can cook and therefore had nothing to be afraid of. Then I flipped on the television and settled in to watch Charlton Heston and Anne Baxter in The Ten Commandments, frolicking in the sands of ancient Egypt. Here was this handsome, ancient Hebrew who had the internal fortitude to give up his life of comfort and riches, and lead his people out of slavery to freedom. I felt a little better. I felt empowered. If Moses could lead my ancient forefathers through the desert for 40 years without once looking back, who was I to be afraid of a box of matzo meal?

I grabbed my mixing bowl and my box and carefully followed the instructions, which culminated in the adding of water and then beating the batter 150 times with a wooden spoon. Sitting on the edge of my couch in front of the television with the bowl in my lap, I started to beat. The batter began to thicken like heavy, tan paste, right around the same time that Moses, having discovered he was a Hebrew, was marching in the Pharoah’s mud pits wearing nothing but a loincloth and what appeared to be a leather bathing cap. I kept beating. Moses kept marching.

At 75 strokes, my arm went numb, and I doubted that what I was making could even be edible, much less become a proper sponge cake. But I kept beating, and Moses kept marching, also doubtful that it was possible to make bricks for the pyramids without straw. I prayed a lot. Moses prayed a lot. And it was then that I made the astonishing discovery: The stuff that Moses was marching in looked remarkably like what was in my bowl. Moses and I were going to be making bricks out of the exact same thing: matzo meal. The only difference was that I was going to feed mine to my family. Sure enough, once baked, my little Passover brick weighed in at a shocking six pounds.

Years later, having come to the startling realization that the Great Pyramids have lasted so long because they’re actually made out of matzo meal, I still hate baking with the stuff. But not one to say no to a challenge, I’ve perfected my own bantamweight Passover sponge cake recipe that involves a small amount of seltzer (a wondrous substance reputed to breathe life back into anything cooked with matzo meal). I’m also proud to say that I’m no longer fearful of cooking for this holiday: I’ve made kugels and matzo brei and the traditional Charoset. I’ve made gallons of pullet soup and gobs of chopped chicken liver and buckets of tsimmes. I have made huge batches of fresh gefilte fish from enormous quantities of ground whitefish, pike, and pulverized onion that I dragged back to Connecticut on Amtrak from New York City (and that always guaranteed me a seat). Even my Catholic partner now makes the finest, lightest matzo balls any of us have ever tasted, this side of the Negev.

In the eyes of my family, I’ve passed the test: Today, I am an adult, thanks to the making of the Passover sponge cake. But when push comes to shove, I’d rather just bring the macaroons and eat at the kiddie table.

© 2009 Elissa Altman. All rights reserved. All materials used with permission.

Elissa Altman is the author of Motherland: A Memoir of Love, Loathing, and Longing, Treyf: My Life as an Unorthodox Outlaw, and Poor Man's Feast: A Love Story of Comfort, Desire, and the Art of Simple Cooking, and the James Beard Award-winning narrative blog of the same name. Her work has appeared everywhere from Tin House and the New York Times to Saveur and O: The Oprah Magazine.